The captivating comedy-drama Sex Education landed on Netflix in January 2019 with relatively little fanfare. Shot in Wales and set in the fictional town of Moordale, the series focuses on the adventures of Otis (Asa Butterfield). The teenage son of divorced sex therapist Jean Milburn (Gillian Anderson), he discovers that, despite his lack of sexual experience he has the knowledge and the temperament to counsel a classmate who's having erection issues. 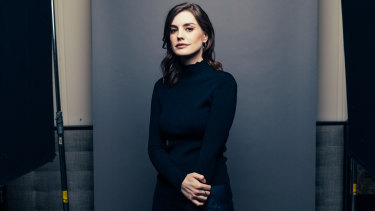 Born in London and raised in Australia, Laurie Nunn has an innate understanding of the teenage experience and a hit show to prove it. Credit:James Gillham/stillmoving.net for Netflix

Spying an opportunity, Otis's entrepreneurial acquaintance, Maeve (Emma Mackey), sets him up with a clandestine sex-advice business: she organises appointments with students and handles the money; he conducts counselling sessions in an abandoned toilet block.

Through Otis's encounters, at school, at home and in his new enterprise, the Moordale community is introduced and a picture of communication and intimacy problems across two generations emerges.

Generous in spirit, frank in its depiction of sex and delving with empathy into emotional and sexual issues, Sex Education became a sleeper hit. It recorded 40 million views in its first four weeks and was renewed for a second season a month after it premiered.

The speed of its success might suggest a production that had "hit" written all over it. But, according to creator Laurie Nunn, the road to the screen wasn't a smooth one. "The idea came to me about five years ago as a seed pitch from the production company Eleven," she recalls. "They came up with the idea of a teenage sex therapist on a school campus and I developed the world and created the characters. 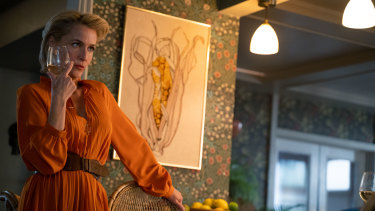 "We tried to find a home for it in the UK but we couldn't find the right fit. I'd written the pilot script but I thought that it had died. Then it got into the hands of someone at Netflix and it came back to life."

Born in England and moving to Melbourne when she was 14, Nunn had long had a passion for teen stories, from YA fiction, the films of John Hughes and Mean Girls to TV series such as Dawson's Creek, Freaks and Geeks and The O.C. Her favourite film is 10 Things I Hate About You. Her regular visits to the video shop allowed her more pleasures of long-form storytelling and she binged on box sets of The Sopranos, Sex and the City, Six Feet Under and Grey's Anatomy.

Her mother's gift of a video camera saw her becoming an avid filmmaker, shooting short films which she laughingly describes as "terrible". But one of them was deemed sufficiently promising to gain her admission to the Victorian College of the Arts, studying writing and directing, and she followed her undergraduate degree with a masters in screenwriting in London.

Nunn's passion for teen stories endured. "Teenagers wear their hearts on their sleeves: they haven't built up all those barriers that we build as we get older. For a writer, it's a joyful space to explore."

At the same time, Nunn says teen stories easily accommodate comedy and drama: "There's a darkness to the teenage experience: everything is heightened, everything feels like life or death. In Sex Education we go to quite dark places, but, because it's a comedy, we have the lightness and the darkness."

As Nunn believes that "we carry our inner teenager with us forever", the problems that plague adolescents, the complexities of intimacy and communication, also afflict their parents and teachers. Through the second season, which arrived in early January, even Jean – who's played by Anderson with a verve that suggests she's having a ball – finds her confidence shaken.

Nunn has built Moordale into a fluidly inclusive community. There are kids with all sorts of proclivities and problems: straight, gay and bisexual; sports stars and nerds; the affluent and the impoverished. There's also a range of nationalities and ethnicities.

And, as Nunn is keen to subvert stereotypes, her characters are inclined to surprise. "I was interested in taking the tropes of the genre, in having these stock characters – the jock, the bad girl, the geeky virgin, the gay best friend – and trying to find a way to look at them from a different perspective, to get under their skin." 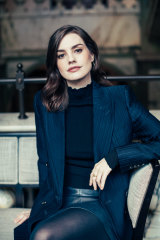 “There’s a darkness to the teenage experience: everything is heightened, everything feels like life or death,” says Nunn. Credit:James Gillham/stillmoving.net for Netflix

The series' shifts between comedy and drama, which dictated the casting. "We need people who can be funny but can also make you cry," she says. "And we wanted that to creep up on you. We wanted it to feel diverse, like we were putting people on screen that we hadn't seen before.

"One of the joys with a teen show is that you get to introduce fresh faces. We also knew that Jean was one of our only options to get someone who would be surprising in that role. Gillian is a phenomenal actor and here we're able to watch her doing something comedic, which she hadn't done a huge amount of in the past. It's such a joy: sometimes when I'm writing scenes I think 'I can't believe I'm going to get Gillian Anderson to do this.'"

Nunn and director Ben Taylor also had Asa Butterfield in mind early for what she calls the "tricky" role of Otis. "He has to be believably smart and empathic, but also you have to believe, particularly in season one, that he's a bit stunted in some ways, that he's almost like a child and he doesn't want to move forward. But he's also got to be a romantic lead."

Perhaps, ultimately, Nunn was fortunate that the series wasn't picked up by a traditional broadcast network, as it could never have been as forthright or explicit about sex as it is. Nunn has said that its sex scenes are "never titillating – it's always supposed to be awkward and cringeworthy and truthful". And she adds: "It's a constant navigation in terms of what we show, what feels gratuitous, what doesn't."

Two seasons of Sex Education indicate that Nunn has deftly negotiated the delicate balance between comedy and drama, developing a show that's frank about sex without being prurient. It's also a show that, as she'd hoped, is blessed with humour and heart.