Kodi is one of the most popular online TV players in the world with millions using it to get their fix of top entertainment. A recent report has suggested that some 38 million people now have Kodi installed on a device in their homes and that number continues to grow.

One of the reasons that its user base has expanded so rapidly is its ability to be adapted, via so-called add-ons, which then allow consumers to access premium TV shows, sports and movies without paying for a subscription.

Kodi has always tried to distance itself from this illegal activity but, in a rare outburst, the team behind the service have made their feelings very clear about how Kodi is being used.

In a post on its blog called ‘In Defence Of Our Good Name’, the TV player said: “We do not support media piracy, we support the best media player possible for everyone and provide a media centre, not “free TV and movies.”

One of the biggest problems for this online player is the amount of devices that are bing sold online that claim to be official Kodi boxes.

These are often advertised with the promise of allowing those who buy them full access to films, entertainment and sports without having to pay anything extra. 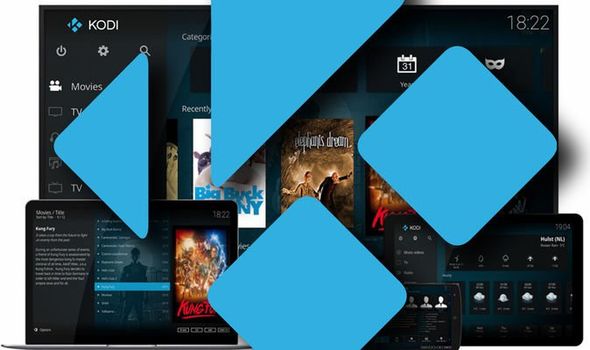 Kodi is now being much more vocal about the fact that it has nothing to do these devices nor does it condone their use.

“One important point of note is that whilst Team Kodi produces media centre software, one thing that we do not provide is actual media,” Kodi added.

“We don’t make films, television channels or programmes, nor do we directly provide them as part of the software package that we distribute.

“Similarly, we do not produce hardware – there is no “Kodi Box” that’s supplied by us. This is a key fact, as there are many third party hardware suppliers out there who do supply such boxes, which either come pre-loaded with Kodi on them or onto which it can be loaded by the end user.”

“Unfortunately, some of these vendors are less than scrupulous, and modify the Kodi product with third party addons giving access to illegally supplied or otherwise-pirated media sources. Hence we wish to make it crystal clear that Team Kodi does not condone, support or benefit from any such usage or device.”

Back in 2017 it was revealed by the Motion Picture Association Of America that, whilst around 12 million Kodi fans use the player totally legally, some 26 million configure the media player with piracy addons.

It’s clearly going to be an uphill struggle to change people’s perceptions but this latest post from Kodi shows they are trying hard to fully distance themselves from illegal activities with them ending the announcement by saying: “In the past, out of our very scant resources, we have worked in cooperation with media companies on such matters to check illegal activities and we will continue to do so.

“We are disappointed and reject the incorrect characterisation of Kodi, its software, or its volunteer community.”