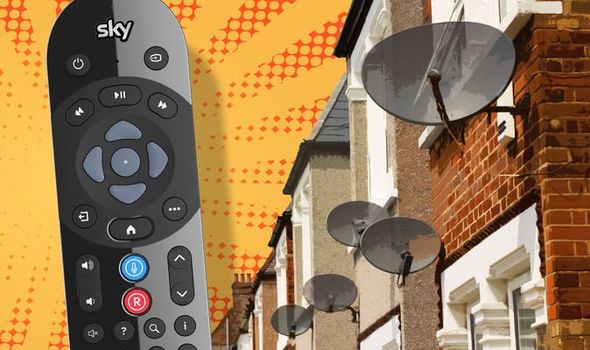 Sky first revealed plans to beam its popular television service into living rooms without the need for a satellite dish back in 2017. During the initial announcement, Jeremy Darroch said that streaming the complete Sky Q experience over a fibre broadband connection would allow more than six million households across Europe, including two million in the UK, who don’t own – or don’t want to own – a satellite dish to access the critically-acclaimed service.

Unfortunately, in the four years since that announcement, Sky has stayed worryingly quiet about the scheme. However, that’s all changed.

Sky has revealed a new set-top box – known as the Sky Q IP Box – that brings some of the most popular live channels as well as access to streaming services and apps via the internet connection in your home. And that’s all you’ll need.

There’s no need to drill holes in the side of your home to affix a satellite dish, or petition your landlord to install a communal dish to the block of flats you’re living in (Sky Q requires a newer dish than apartments previously fitted for Sky+ HD alone). And those who live somewhere without a strong enough satellite signal will not need to forgo the complete Sky Q experience, which is still substantially different from its sister streaming service, NOW (formerly NOW TV).

The only catch? Sky has only debuted its satellite-free service in Germany for now.

Despite confirming plans to launch this dish-less telly option back in 2017, Sky is currently only offering its new Sky Q IP Box to customers in Germany, industry blog BroadbandTVNews reports. The current line-up available via broadband includes more than 80 channels, complete with every Sky-branded channel, more than 50 free-TV services, as well as thematic offerings like Eurosport, DMAX and Sport1.

The vast majority of these broadcasts will be available in HD picture quality, Sky Deutschland Director Proposition & Product Max Ehrhardt has confirmed.

Sky Q does offer a number of blockbuster movies, sport fixtures and boxsets in Ultra HD (4K), however, these are not broadcast using a satellite signal… but instead, you’ll need to have an active internet connection to your set-top box. It’s unclear why this isn’t currently available with the Sky Q IP Box, however, Ehrhardt has confirmed the hardware is powerful enough to support 4K streams and hasn’t ruled out the arrival of the feature in the coming weeks and months.

And it’s not the only missing feature when switching from the traditional satellite dish to the Sky Q IP Box. As it stands, there is no ability to record shows from the TV Guide. That includes Series Link too – a long-standing Sky feature that automatically records each new episode of a show you’re watching. The absence of the recording function is explained away by Sky due to the plethora of catch-up services available with the box.

It’s unclear whether viewers are able to pause and rewind live television – a feature that relies on recording in the background – on the Sky Q IP Box.

Just like the satellite-powered Sky Q box available in the UK, the all-new Sky Q IP Box available in Germany includes some of the biggest video on-demand services including Netflix, Amazon Prime Video, Disney+, YouTube, DAZN, YouTube Kids, and Spotify. So it should offer a very similar experience.

The box can be connected via an Ethernet cable, or using Wi-Fi. The minimum bandwidth need to watch Sky Q over your home broadband is 6Mbps, Sky has confirmed. For comparison, Netflix recommends a minimum of 5Mbps to watch in High Definition picture quality.

Sky Q customers in Germany who want to ditch the dish mid-contract will be able to transition across to the Sky Q IP Box, Ehrhardt has confirmed. Subscriptions start from €12.50 (£10.70) per month and includes basic package Sky Entertainment. The minimum contract period runs for one year. After that, you can cancel your subscription with a months notice. Additional channels and options can be added for an extra monthly fee.