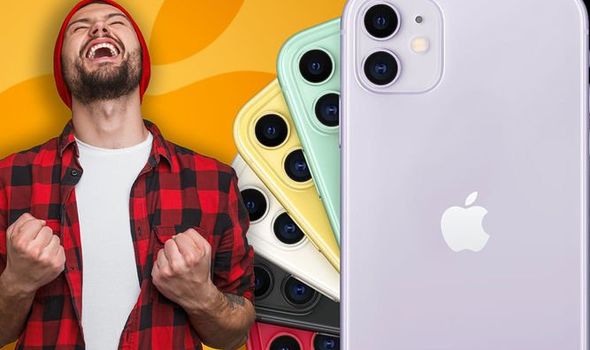 Apple has still yet to confirm exactly when its all-new iPhone 12 range will take place, but it could be very soon. The US technology firm held its usual September keynote a couple of weeks ago (when Apple typically unveils its new iPhone models) but this time around, the event was used to reveal a new iPad, iPad Air, Apple Watch 6 and Apple Watch SE.

All eyes are now firmly on October with rumours swirling around the web that Tuesday, October 13 is the date that Apple fans should pop in their diary.

We’re expecting a total of four new devices to be revealed during this event and one of these iPhones could get a small change which could prove mighty.

There’s been growing speculation that Apple is considering the release of a smaller iPhone that will feature a 5.6-inch edge-to-edge display making it much easier to use one-handed. Although the firm does currently sell its smaller iPhone SE, this keeps the chunky borders above and below the display found on older iPhone models. Like the iPhone 11 and iPhone 11 Pro before it, the new small iPhone will purportedly have an edge-to-edge screen design.

That means users will have more screen real estate to look back through photos, play games and binge boxsets – despite opting for a smaller model, like the iPhone SE.

Along with that small scale look we might also now know what this device will be called.

According to leaked images posted on Twitter by tech tipster DuanRui, it seems Apple might be bringing the mini name to its iPhone range. Apple has used the “mini” branding on its iPad and Mac ranges for a number of years, but this is the first time we might get to see an iPhone Mini.

With most Android devices now also including much larger screens, this could be a hugely popular move from Apple as not everyone wants a giant screen filling up their pockets. So what else can we expect from these new iPhones?

Perhaps the biggest change coming to Apple’s new smartphones could be the inclusion of 5G network technology which will allow users to download movies and files at speeds of over 300Mbps. All of Apple’s rivals are now launching 5G-ready phone so it would make sense for the US firm to now join this speedy revolution.

Along with 5G, all four of the latest iPhone models may get OLED panels – ditching the LCD technology found on the current iPhone 11. OLED offers more vibrant colours, brighter whites, cavernous blacks. Better yet, OLED panels conserve battery life when using software features like Dark Mode – something that’s not possible with LCD.

And it’s not only the front of the phones that might look a little different. It’s thought Apple will bring the LiDAR depth-sensing technology introduced to the flagship iPad Pro earlier this year to the next iPhone in order to boost the bokeh-style effect in its Portrait Mode images as well as Augmented Reality (AR) applications.

Although Apple will clearly be adding plenty of new features to the iPhone 12 it might also take something away.

Rumours have been rife that there won’t be a power adaptor in the box and with the Apple Watch 6 and SE both shipping without a charger it seems that the iPhone will almost certainly follow. Apple says it has produced billions of these little white plugs and homes have enough of them already without adding more.

We’ll find out exactly what Apple has in store during the big keynote and if the latest whispers are true there might not be long left until we find out more.