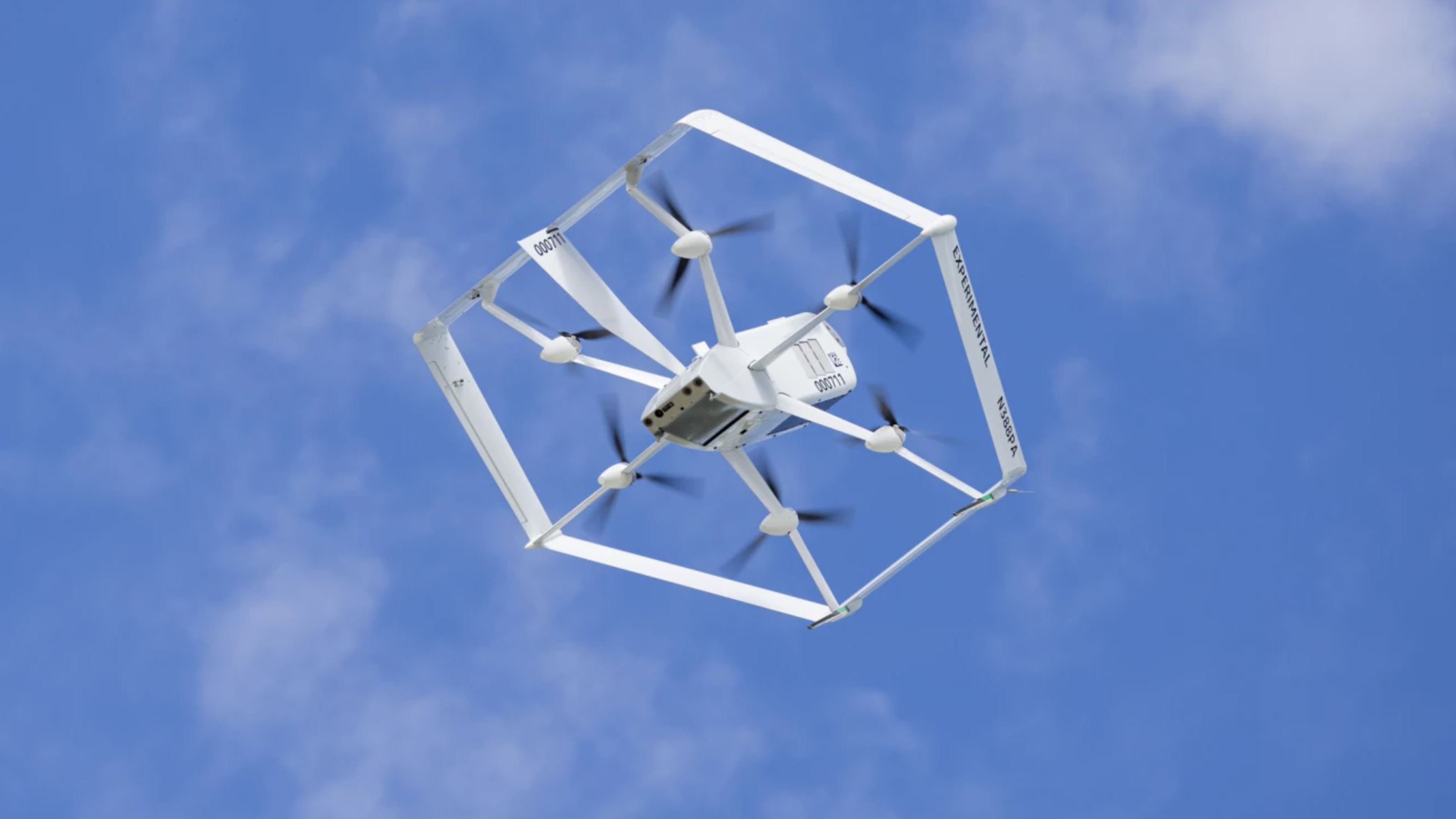 Amazon has announced it will start delivering packages by drone before the end of the year.

Dispensing with drivers altogether and slinging products through the air, the tech giant has marked out Lockeford, California as the test bed.

Instead of a human being dropping someting off at a front door, the drone will fly to a customer’s back garden, hover and release the package softly onto the ground before flying away again.

Amazon says its drones have a ‘sense-and-avoid system’ that’ll keep them from hitting stationary and moving objects while out on deliveries.

The drones course-correct if they identify obstacles in order to avoid them and, when descending at a customer’s home, they make sure the surrounding area is empty for landing, Amazon added.

The company says its built two dozen different prototypes of drone since creating its ‘Prime Air’ division back in 2013. The Federal Aviation Administration in the US gave it clearance to start flying the drones back in 2020.

Amazon aims to make its drones fly up to 15 miles (24km) with the ability to deliver packages weighing no more than 5lb (2.3kg) in less than 30 minutes.

While we don’t have a date for UK-based drone deliveries yet, Amazon is almost certain to bring Prime Air to Blighty. It actually ran a successful trial of its earlier drone model in Cambridge way back in 2016, making a delivery within 13 minutes.

And Amazon isn’t the only one looking to the sky for a more efficient delivery system.

Royal Mail has announced plans to increase its use of drones for deliveries with the creation of 50 new ‘postal drone routes’.

The British postal service said it was aiming to use up to 200 drones over the next three years, servicing all corners of the UK.

The first routes for the new service include the Isles of Scilly, Shetland Islands, Orkney Islands and the Hebrides.

‘On-time delivery regardless of our customers’ location or the weather, whilst protecting our environment, is our goal,’ said Simon Thompson, chief executive of Royal Mail.

‘Even though we go everywhere, Royal Mail already has the lowest CO2 emissions per parcel delivered. This initiative will help reduce our emissions even further,’ he added.