REMCO EVENEPOEL crashed and fell 30ft off a BRIDGE in a horror incident at Il Lombardia. 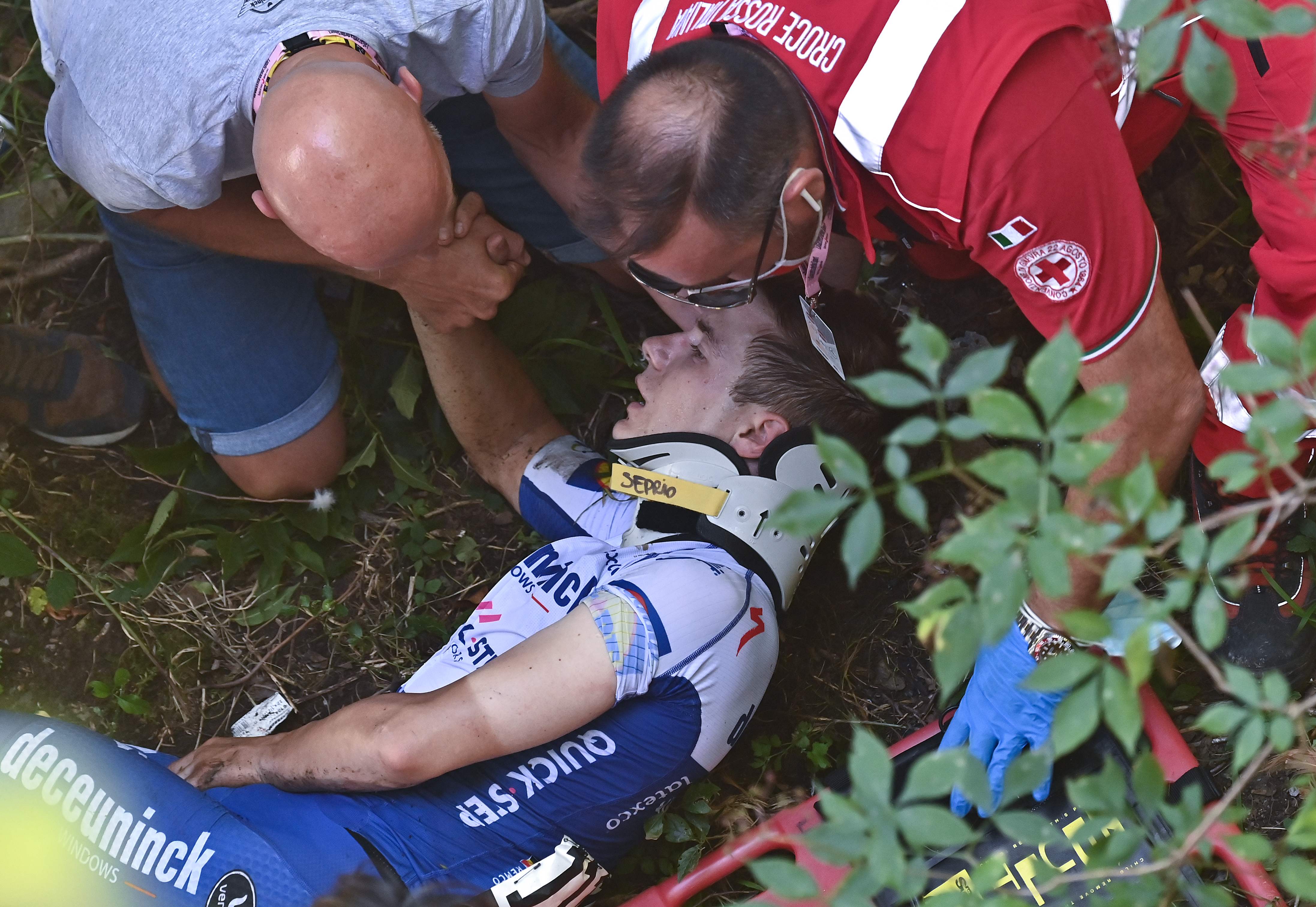 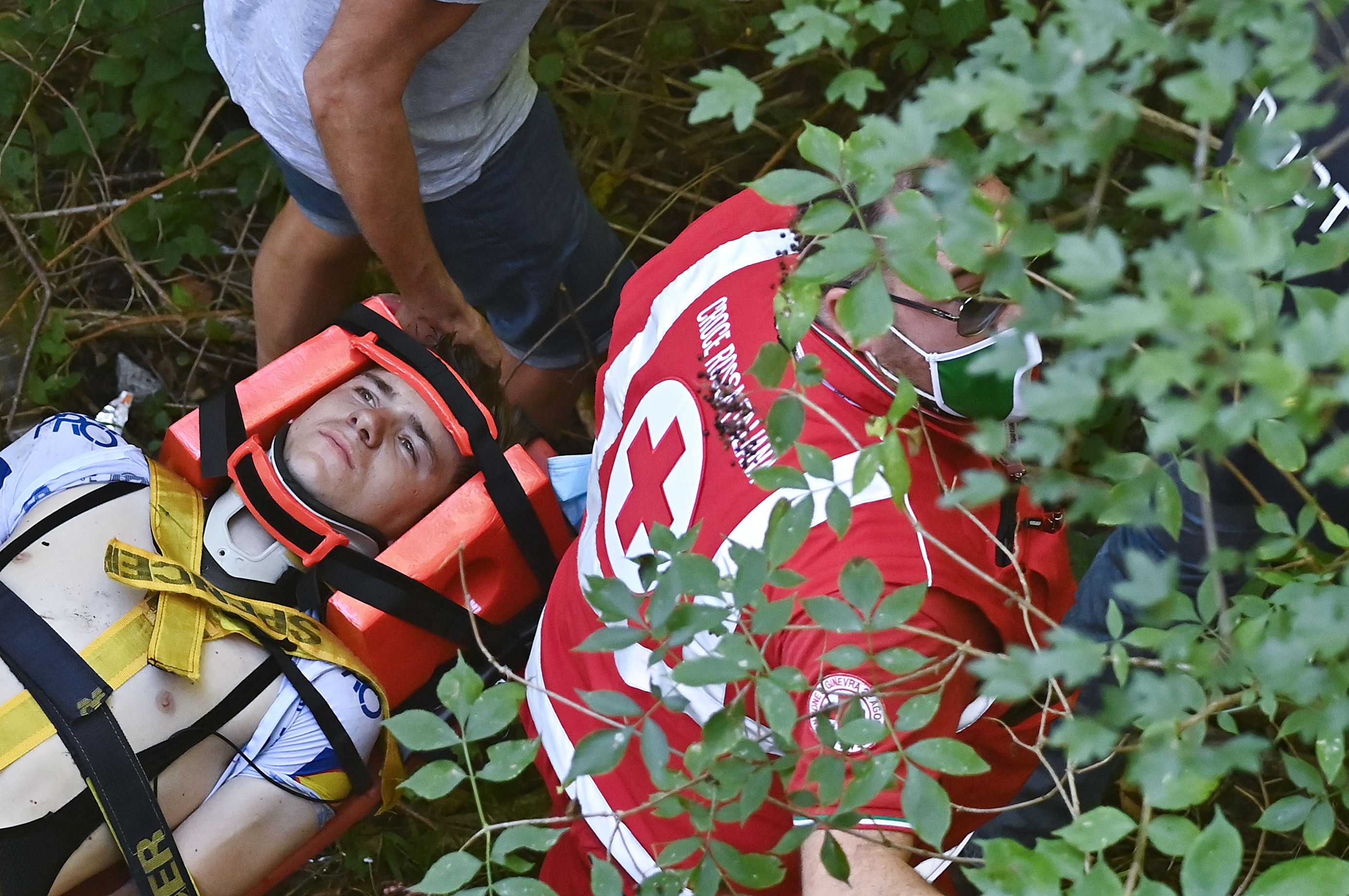 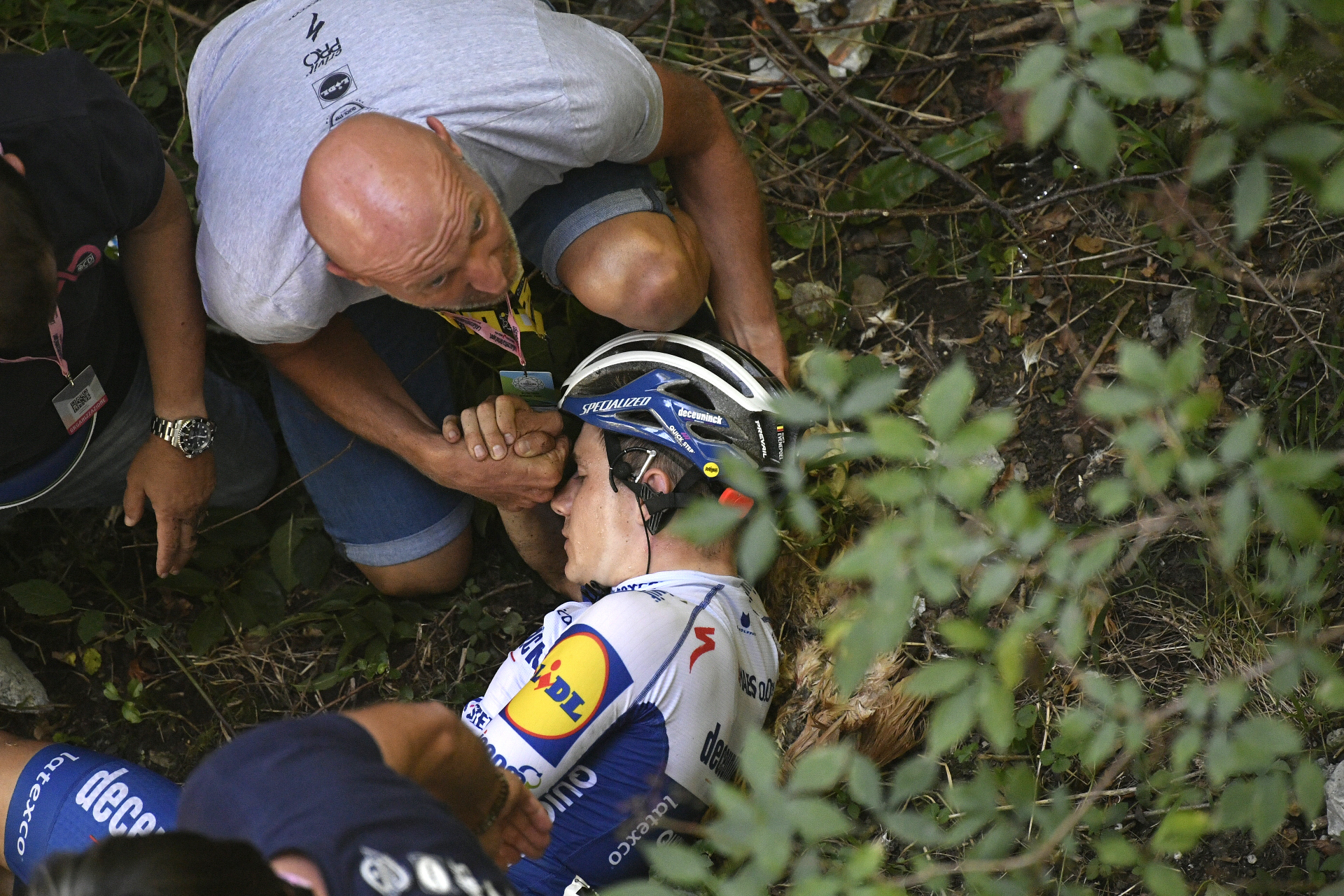 The 23-year-old was fourth in the leading group as they descended off the Colma di Sormano.

He collided with the wall of a bridge and was propelled onto his back and, horrifyingly, over the edge.

Colma di Sormano is the highest climb on the race circuit and Evenepoel was competing for Deceuninck-Quick Step.

A team statement read: "Remco Evenepoel has been tended to by the doctors and is now taken to the hospital with the ambulance."

The Belgian road racer is a formidable talent, picking up two race wins already this year.

Evenepoel finished in the No1 spot at both the Volta a Burgos and the Tour of Poland. 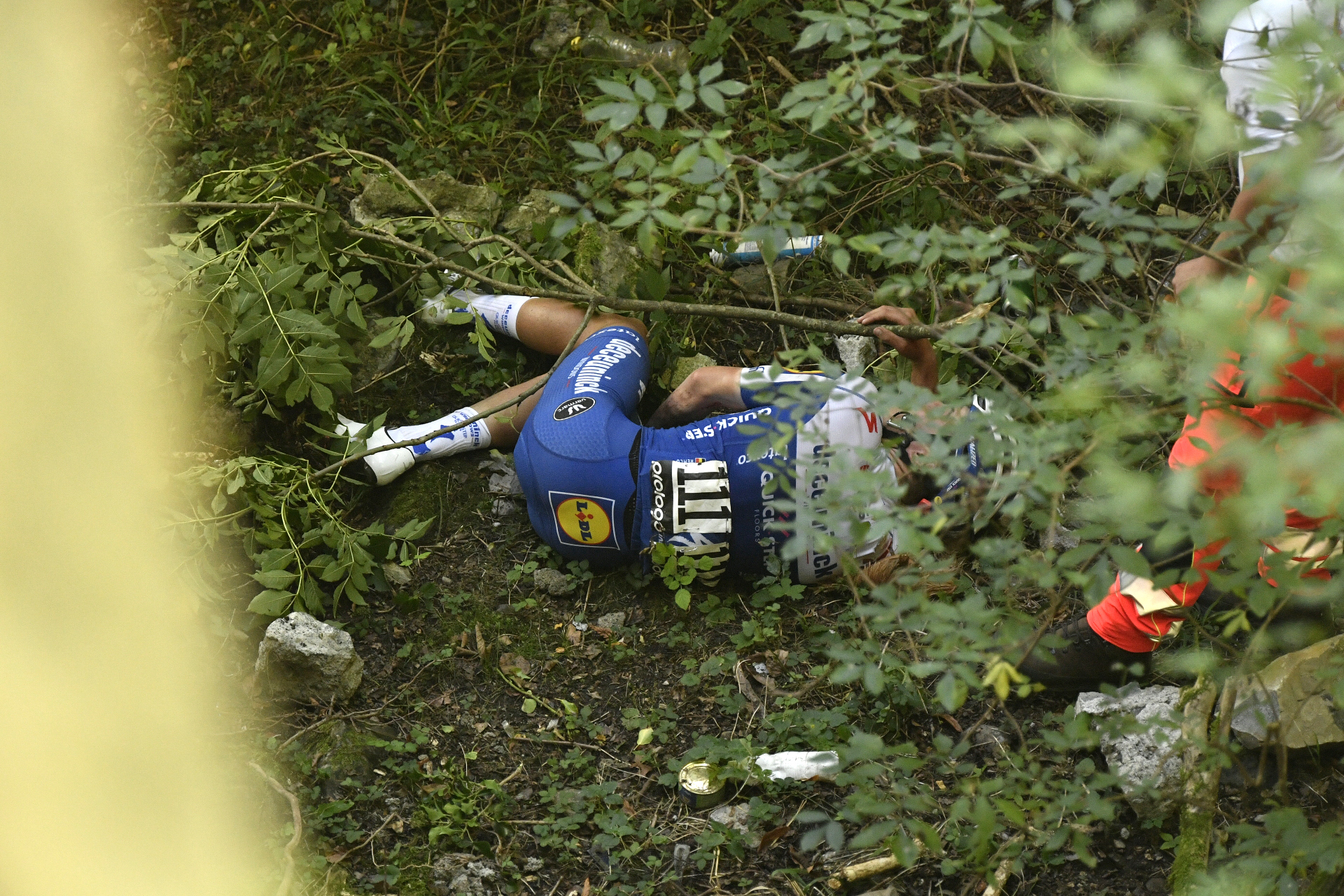 During the race the Tour of Poland, cycling fans witnessed another shocking crash last week.

The Dutch ride has had plastic surgery to his face to repair damage and has been moved to a hospital in the Netherlands as he continues to recover from the smash caused by Dylan Groenewegen.