So far the pair have banked three wins, including giving Marsh an Australian double at Gosford in October. 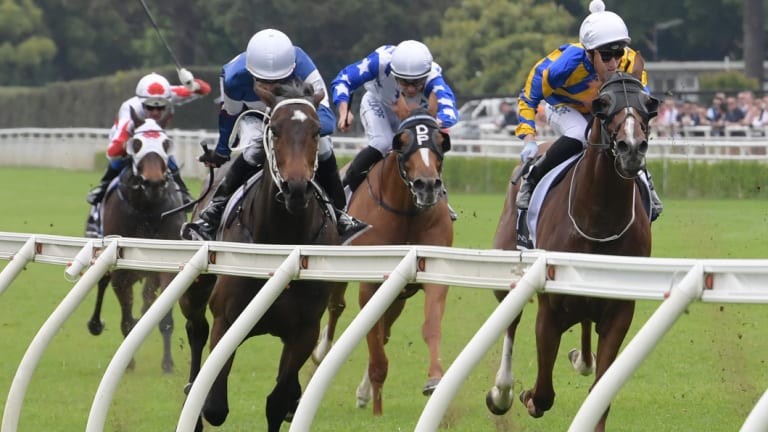 “The idea was to come over with two horses that have been placed at listed level and take some of that great NSW money,” Marsh said. “We went to Gosford and won maidens worth $35,000. That is like winning a listed race at home.

“When you have high-quality maidens it makes sense to come over with them.

“It gave everyone a thrill and just confirmed we had identified the right horses for the trip.

“It might have only been Gosford but I was pretty excited to win those races. It has been good to see Campari go on with it.”

Campari was ridden by James McDonald at Gosford and after a battle drew away for a good win that led to her starting favourite at Warwick Farm, where she blew in the betting and could only manage a battling fourth.

Marsh put that run down to a year off, the trip and the hard run.

“She just had a bit of a hard run at Gosford and she was a bit flat next start,” he said. “She had had a long time off and I think that just caught up with her.

“The difference between her second-up and third-up was amazing. She just improved so much.

“She ran a class record there last time and she has kept improving.

“I can’t believe she is favourite on a Saturday in Sydney, which would be like winning a group 3 over here in terms of prizemoney.”

Campari charged along the fence from well back on Melbourne Cup day at Randwick to score another easy win and the natural next step was to Saturday.

Marsh has been able to book McDonald again at Rosehill and feels Campari will be competitive again.

“She is really going well and hopefully we can win one of these Saturday races with her before coming home for some black-type races in the autumn at home,” he said.

“I think she will handle the step up to 1500 metres and it is good to have James in the saddle because we have had a bit of success together.

“The way she got home last time I think she will be well suited by the extra trip.”

Marsh will start stayer Mark Two again next week after a couple of failures since her Gosford maiden win.

"We have worked out what was wrong with her and you will see a big improvement next week," Marsh said. "Campari is a bit ahead of her at the moment but I think they will both be in the money again before coming home.

"I would love to get some boxes over there [in Sydney] but after this trip we will be coming back with the right horses again.

"We have got some nice three-year-olds going towards the Derby over here and we hope to be there next year in the carnival. But will be doing this sort of trip again."