An exclusive diet of rice and beans might well be worse than it sounds, as I’m a Celebrity… Get Me Out of Here! campmates are already talking about eating each other.

After Fleur had casually brought up the story of plane crash survivors eating each other, James piped up: “People taste like pork, apparently.” 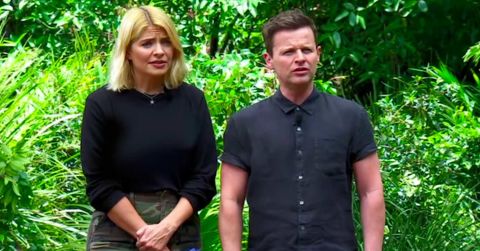 “I think you’d taste great,” Sair told Fleur, while James conceded that he would probably “taste like shit”. “It’d be like leather at the moment,” he added.

Fortunately, it seems the celebrities aren’t actually into the idea of eating each other. Conceding a moment of madness, Fleur admitted: “It’s really messed up but hunger can make you do some crazy things.”

Despite their musings on the human body’s nutritional value, Fleur, James and Sair have found themselves caught up in some confusing vegan stories since the show started. 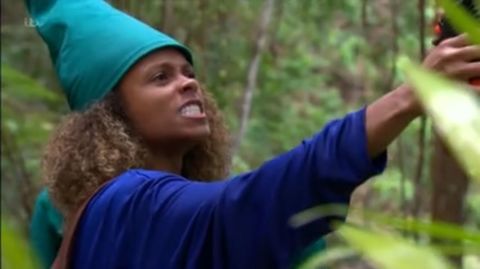 While Coronation Street‘s Sair is neither vegan nor vegetarian, Vamps guitarist James is a vegetarian and hasn’t been eating any of the camp’s delicious alpaca neck.

Fleur, who was a vegan until a recent trip to Senegal, is conscious of eating meat, but admits her diet is now only “80% plant based”.

I’m a Celebrity… Get Me Out of Here! continues tonight (November 22) – complete with Emperor Noel Edmonds – at 9pm on ITV.