Read on below to find out the details, plus the latest transfer news, views and gossip from around Stamford Bridge. 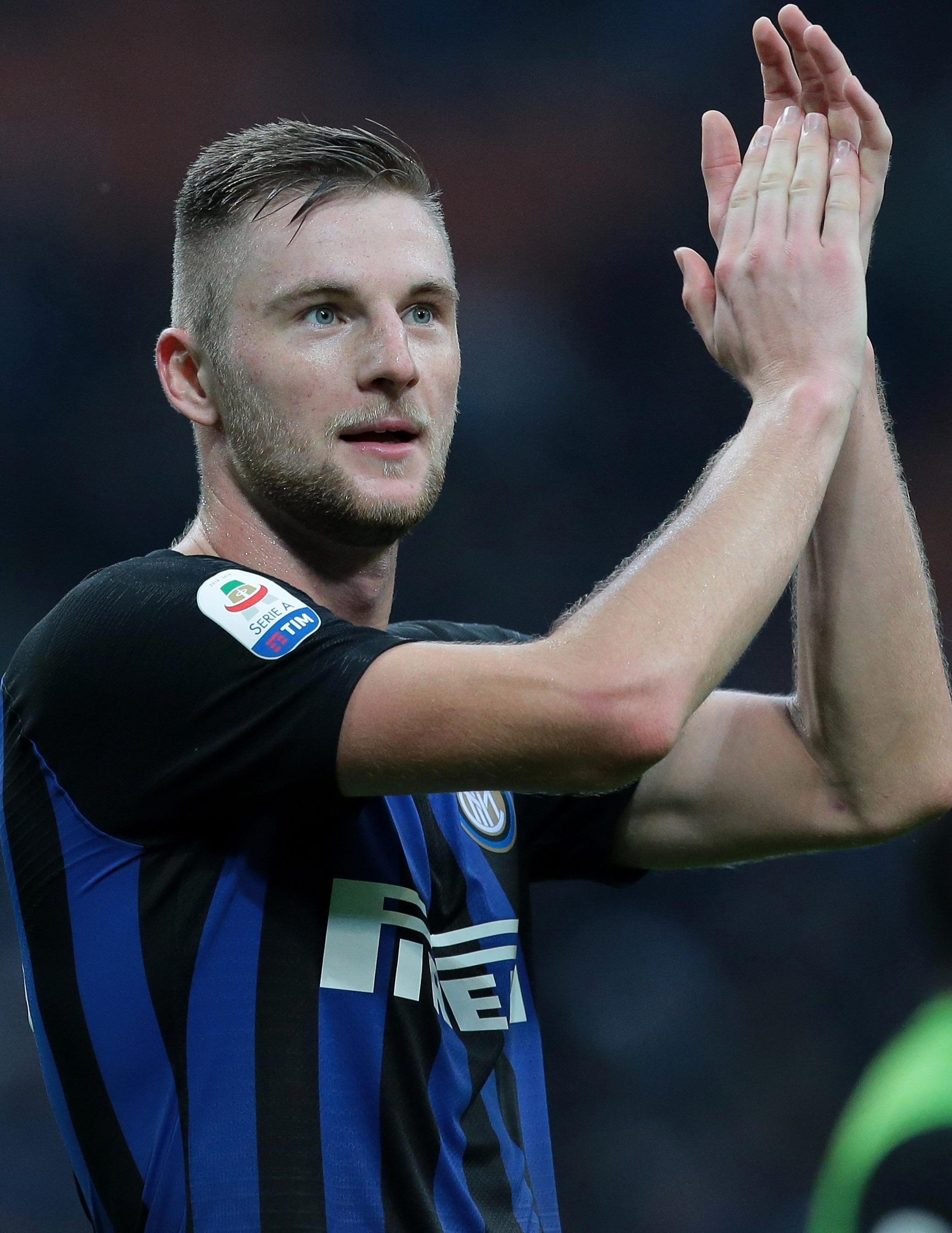 SO NIAR TO DEAL

CHELSEA are in the race to sign Inter Milan’s £70 million-rated star Milan Skriniar.

The Slovakia defender is on Chelsea boss Maurizio Sarri’s shopping list as he draws up plans to bolster his team’s back four.

BLUES MUST TALK TO LUIZ

DAVID LUIZ is keen to extend his stay at Stamford Bridge, but talks about extending his contract have yet to start.

The Brazilian defender is a firm favourite of Maurizio Sarri and wants to stay at Chelsea, but he needs them to make the first move.

MAURIZIO SARRI is facing an injury headache as Mateo Kovacic is a doubt for their match against Tottenham on Saturday.

The Croatian missed the crucial England tie, with Ethan Ampadu also picking up a knock during the international break.

CHELSEA have received another boost in their bid to USA starlet Christian Pulisic.

The Borussia Dortmund winger is set for showdown talks with the German side over a potential move in January.

ARSENAL and Newcastle will join Crystal Palace in the hunt for Ruben Loftus-Cheek, according to the bookies.

The Chelsea ace has been heavily linked with a move away from Stamford Bridge, as he continues to be unhappy with his lack of playing time.

AC MILAN has become the latest club to be interested in taking Andreas Christensen away from Stamford Bridge.

The Dane has struggled for game-time, with the Italians also targeting Gary Cahill as they continue to suffer with a defensive crisis.

RUBEN LOFTUS-CHEEK is keen to leave Chelsea – with Crystal Palace and Schalke keen on taking the England star away from Stamford Bridge.

The 22-year-old has struggled for game-time with Mateo Kovacic and Ross Barkley ahead of him in the pecking order – giving him more motivation to leave.

DECLAN RICE has been attracting interest from several top clubs of late and now West Ham's London rivals also want a piece of the action.

Tottenham have expressed an interest in the young defender, but if they are to make an offer for the youngster they may have to compete with the deep pockets of Manchester United and Chelsea.

A KISS WOULD BE EDEN

EDEN HAZARD has become a goal-scoring machine – but his regular celebrations are taking their toll on his knees.

When the Blues asked what they thought his new celebration should involve, fans were quick to suggest that a kiss of the badge or a pen-to-paper manoeuvre would sit nicely with them.

REAL MADRID have been accused of leading the drive for a European Super League.

CHELSEA are close to signing N'Golo Kante to a new contract to fight off interest from PSG.

And it will line the pockets of the taxman as he refuses to allow any of his earnings to be funded through off-shore accounts – and will pay £7m in tax a year.

CHELSEA have received a boost in their bid to sign Juventus left-back Alex Sandro.

The Brazilian has revealed that he wants to play in the Premier League – with the Blues previously eyeing him while Antonio Conte was in charge.

BLUES are now favourites to sign Christian Pulisic from Borussia Dortmund in January.

The USA star has been linked with moves to Chelsea and Liverpool – but the Stamford Bridge outfit are now odds on to sign him in the winter.

CHELSEA face an investigation over the signing of Andreas Christensen – with rivals pressuring the Premier League to look into it.

A report by Football Leaks reveals that the club hired the defender's father, Sten, as a scout on the same day as his arrival in 2012 – despite still working for Brondby.

STAMFORD BRIDGE outfit are favourites to sign Krzysztof Piatek from Genoa, according to the bookies.

Chelsea are just 5/4 to sign the Polish striker, who is currently outscoring a certain Cristiano Ronaldo in Serie A, and has also dropped a hint on his future setting Champions League football as his objective.