LEWIS HAMILTON has turned up to the Belgian Grand Prix in a brilliantly outlandish outfit.

The Brit, 36, is bidding to extend his overall lead in the standings. 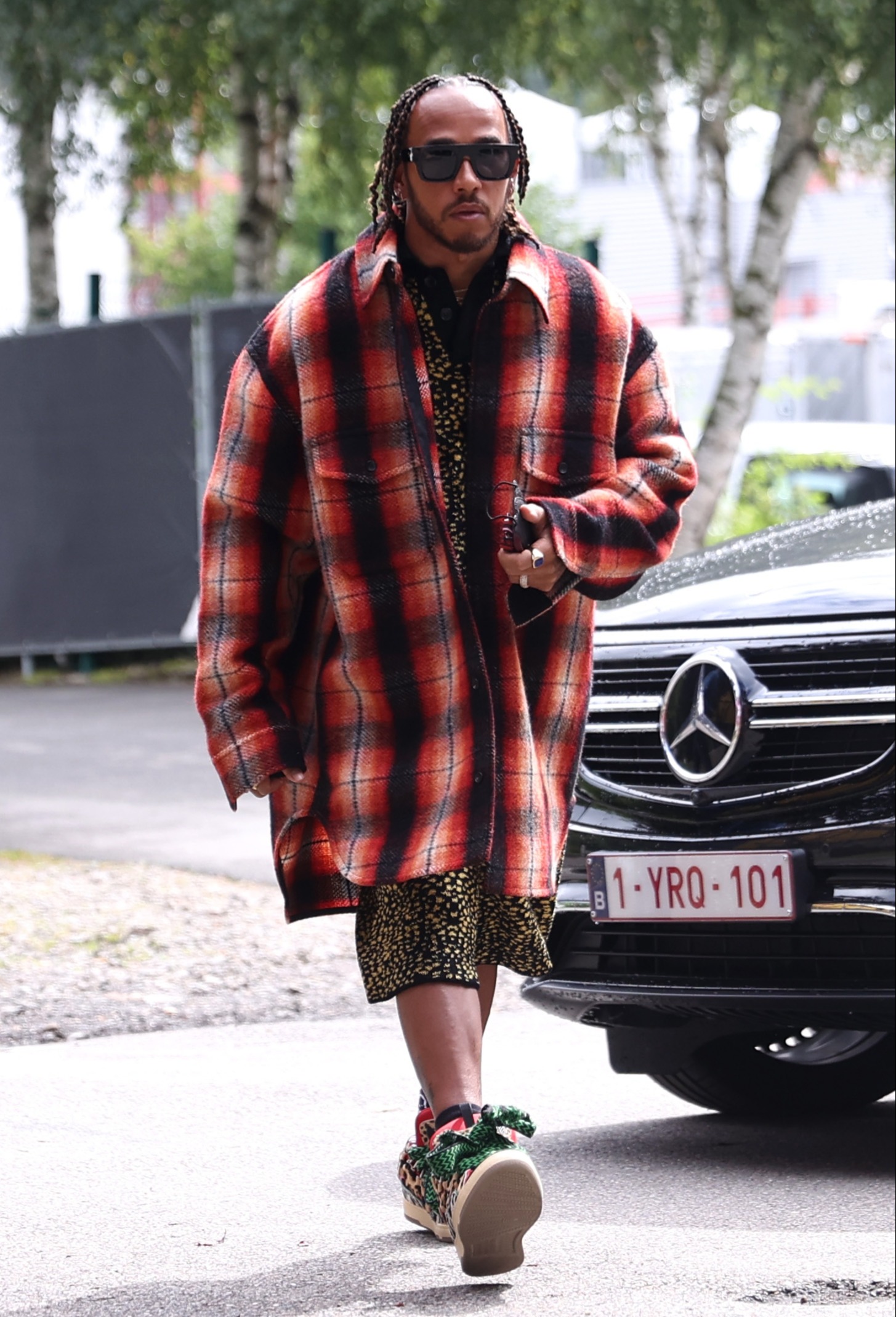 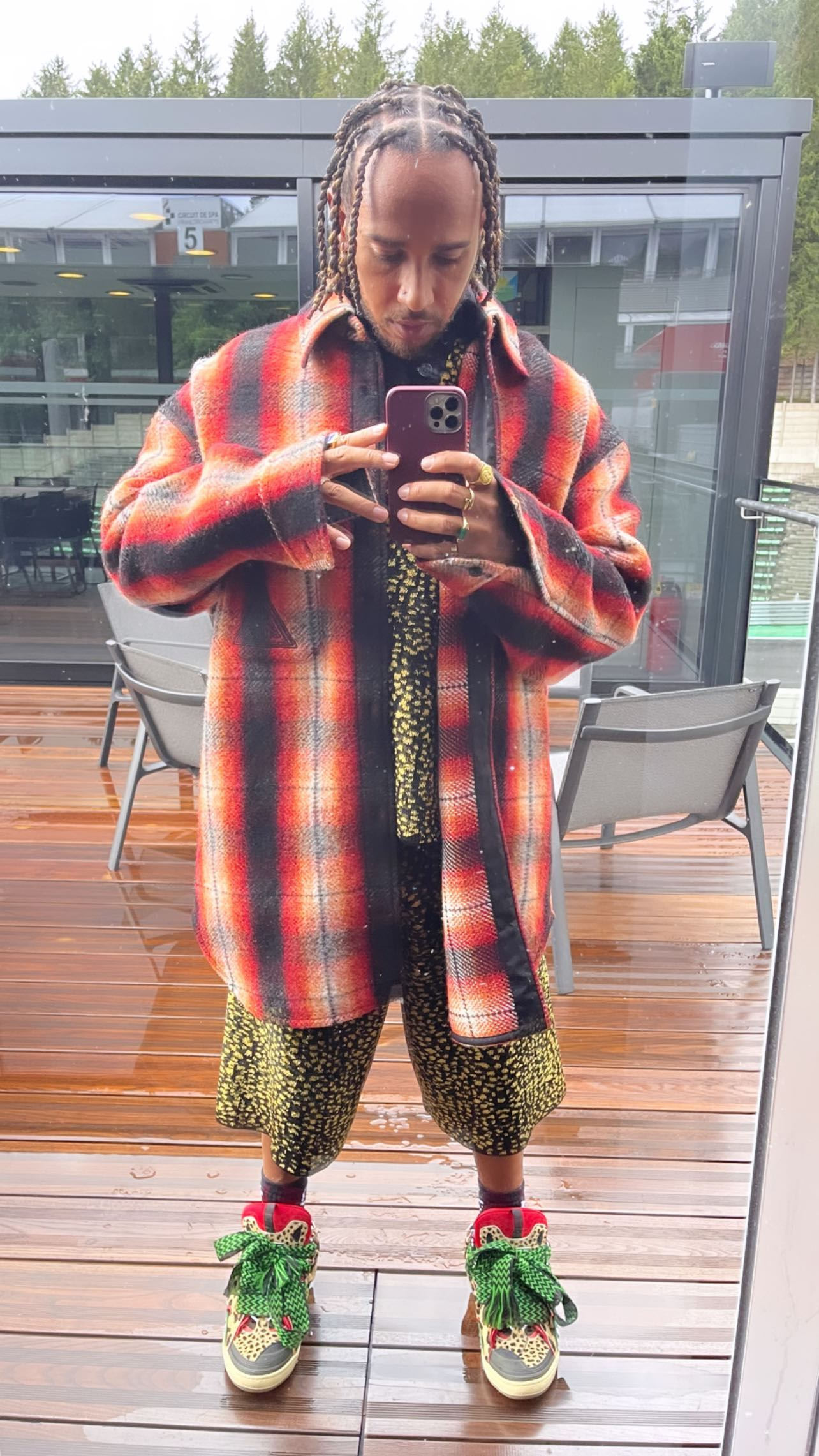 He currently sits eight points ahead of Max Verstappen after the Red Bull driver crashed and finished tenth in Hungarian Grand Prix earlier this month.

And Hamilton's outfit suggests he is in a confident mood in Belgium.

The world champion was dressed in a lengthy chequered overshirt that reached his knees.

That was complemented with a leopard-skin scarf, shorts and even trainers.

And Hamilton's footwear was also adorned with big ribbon-like laces.

He posed for snaps and shared a photo on his Instagram story, with each finger on his left hand also decorated with a ring.

Hamilton also appeared in a relaxed mood ahead of a big weekend.

That may be because he has spent the last few weeks resting and recuperating after suffering from long Covid.

The Mercedes star was so tired after finishing in Hungary that he was barely able to stand on the podium.

Damon Hill suggested Hamilton was at risk of burnout after witnessing that incident, and it remains to be seen whether four weeks was enough rest time for Hamilton. 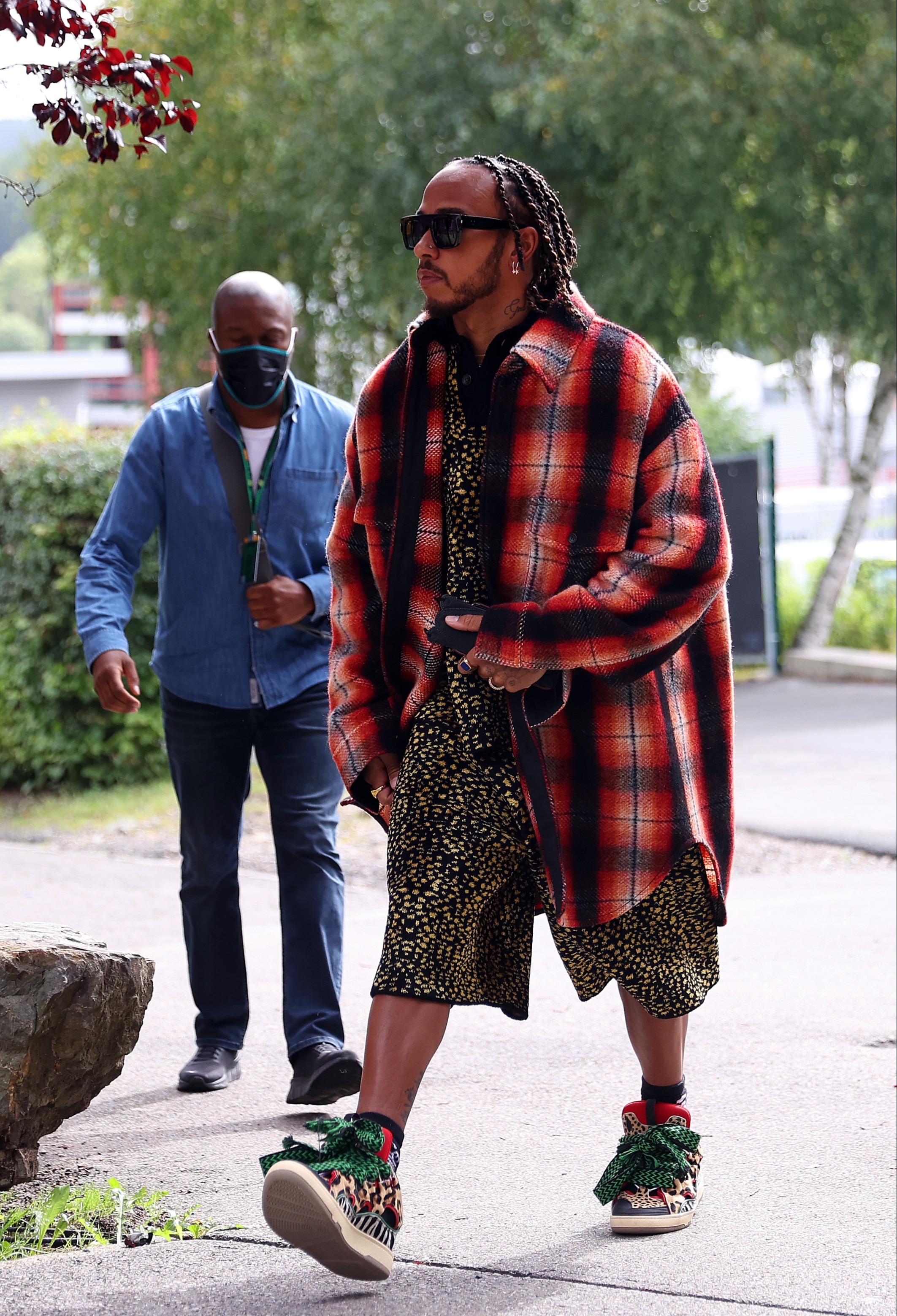