KELLIE HARRINGTON won boxing gold for Ireland in Tokyo after an incredible display in the 60kg final.

The Dubliner showed her superior boxing class as she dominated the second and third rounds after being shaded in the opening round by her Brazilian opponent Beatriz Ferreira. 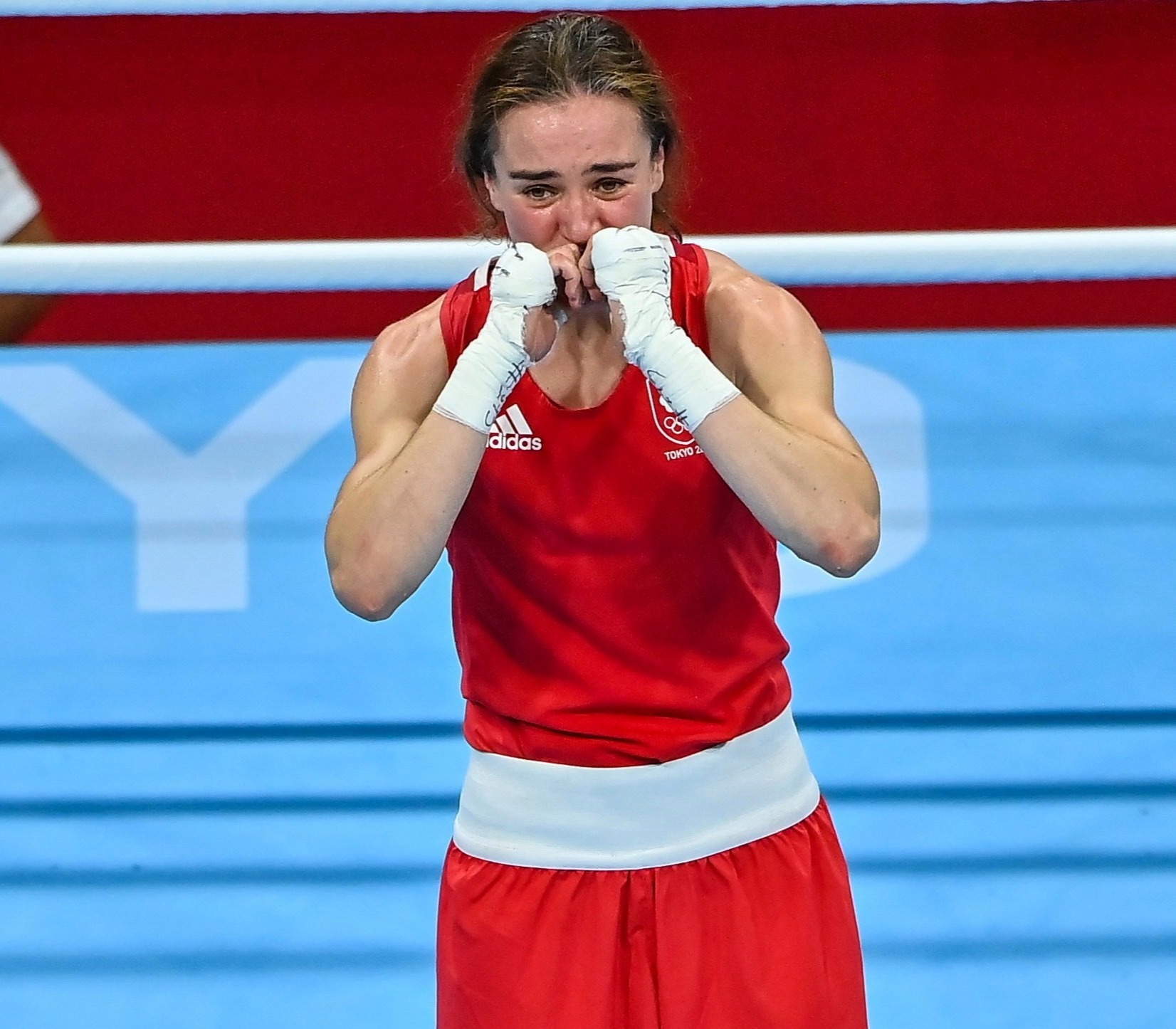 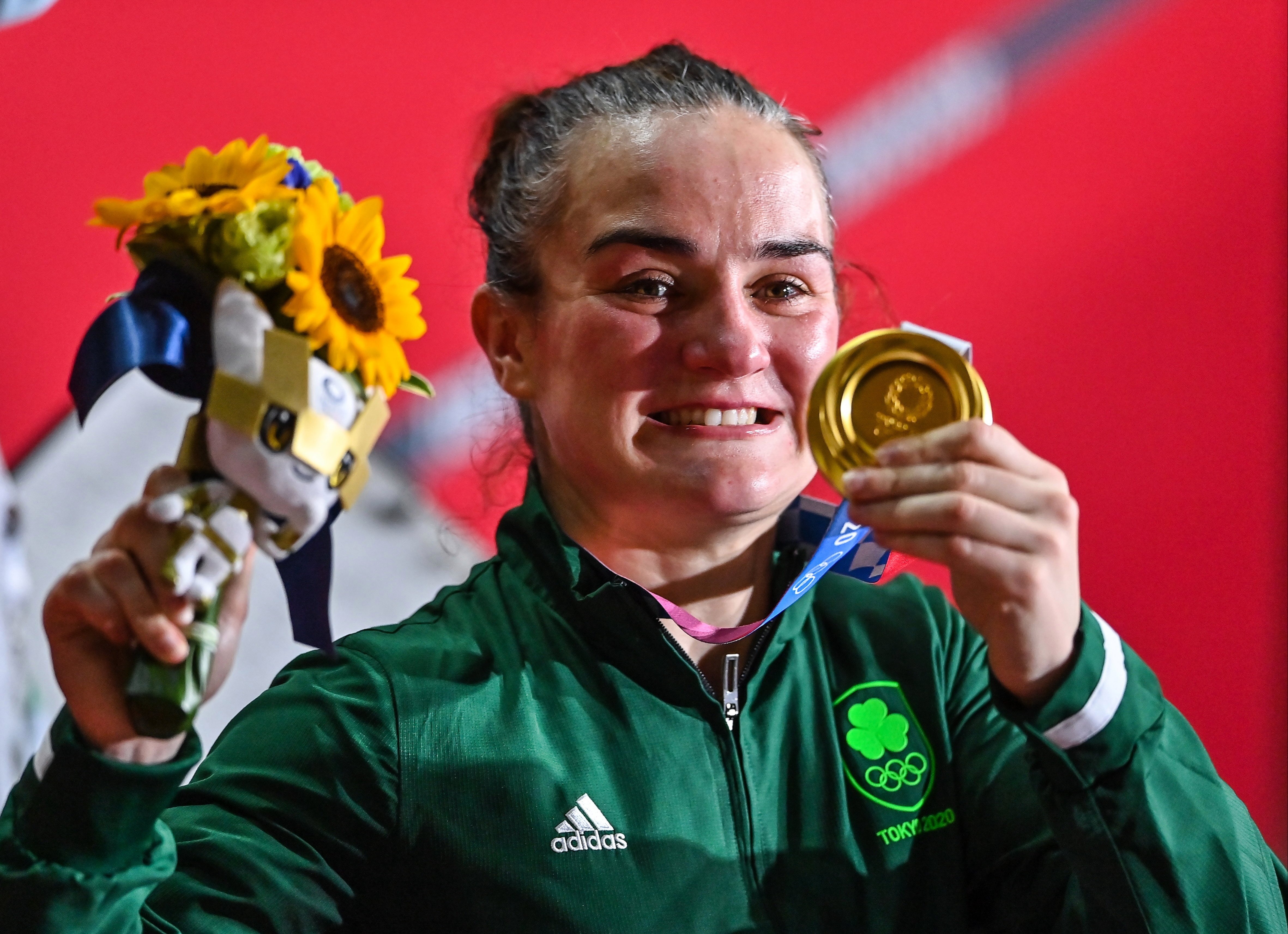 The opening round was tight but Ferreira did land the more powerful shots so she was awarded it 3-2 by the judges.

But Harrington came out in the second and moved beautifully as she was awarded it 5-0!

And she clearly took the third as she continued to box and move very well as Ferreira got increasingly frustrated and ragged in her technique.

The Portland Row native was awarded a unanimous points decision as she hugged her opponent and realised she was now an Olympic champion.

There was delight in the arena among her coaches Zaur Antia and John Conlan as well as the Team Ireland athletes in the stands.

And there was just as much joy back home as RTE showed the live reaction from Portland Row as the whole community ran to the Harrington household to congratulate them.

Back in studio, Kenneth Egan and Eric Donovan hailed her display as 'a masterclass' as she rose perfectly to the occasion.

Kellie now adds Olympic gold to her medal collection which already included a world title in 2018 as well as previously winning bronze and silver at world and European level. 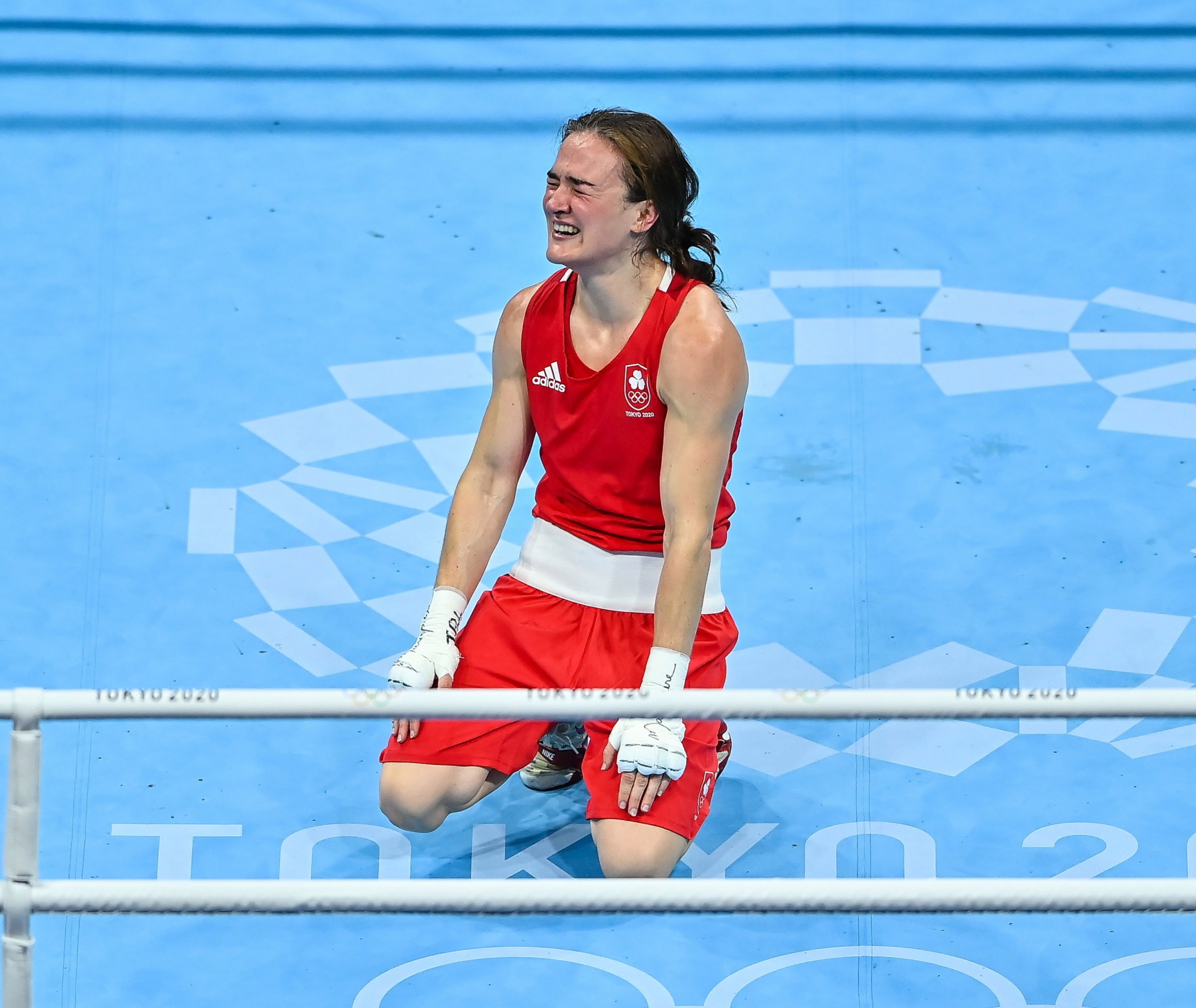