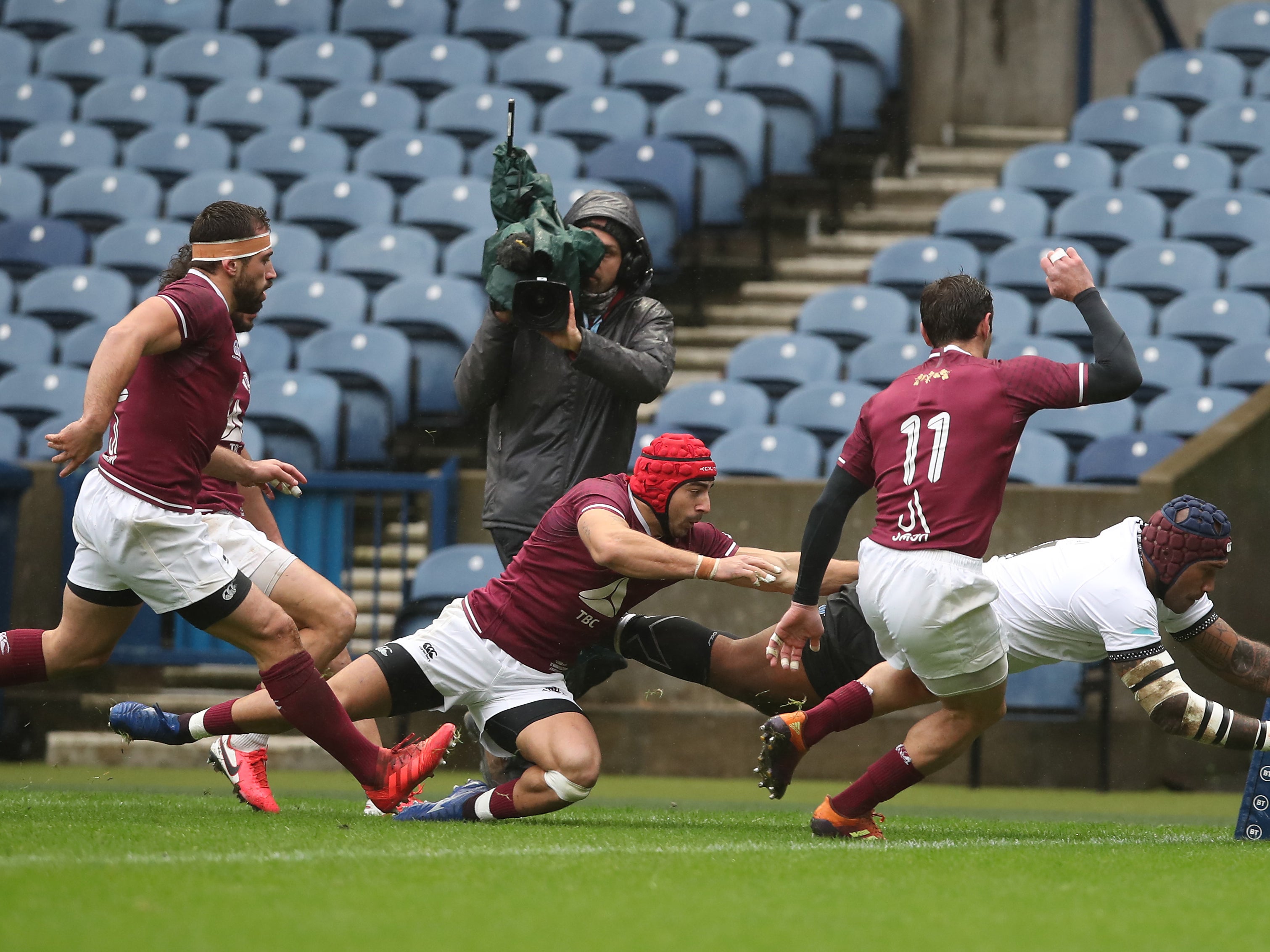 Follow the latest updates live from today’s Autumn Nations Cup action as Fiji finally get the chance to showcase their talents in their seventh-place play-off against Georgia.

The clash at Murrayfield kicks off Finals Weekend in the one-off tournament, with sides in the same position across both groups facing off to decide the final rankings. Ireland take on Scotland in the day’s second match to confirm who will take third place in the Autumn Nations Cup, before Wales meet Italy in the third and final game this afternoon ahead of Sunday’s final between England and France.

The action kicks off at Murrayfield though as Fiji are finally given the green light to take to the field as they meet a Georgia side that looked to be edging towards something close to their best last weekend when they pushed Ireland all the way in Dublin. However, there has been a great sense of anticipation among fans to see what the Flying Fijians can produce, with Vern Cotter’s side going into the contest as favourites despite not being able to play for the last month due to a Covid-19 outbreak within the squad. Follow live updates below.

Georgia are back on the frontfoot as a penalty from the restart due to Tuisova coming in at the side allows them to kick to the corner. Two more penalties come quickly that results in a warning from referee Mike Adamson.

That was certainly the easiest of the bunch so far. Fiji are the first to loose ball as Georgia fail to deal with a low grubber kick, and with the defence at sixes and sevens they have men on either side to attack. After a one-out carry, Volavola brings play right and has Botia wrapping round outside him, and the centre selflessly gives a miss pass out to Josua Tuisova to send the hulking winger over for the simplest of finishes. Volavola does superbly well to add the touchline conversion and the lead is out to 16 already.

Newcastle hooker Matavesi can’t quite get the lineout right this time and it allows Georgia to pinch possession and clear the danger, with scrum-half Todua finding touch outside the 22.

Fiji are handed a penalty as Mamukashvili is penalised for a tackle off the ball, and the Fijians again go to the corner and want a third try here.

Georgia get a chance to get on the board as their first meaningful attack as Botia is penalised for going off his feet in trying to turn the ball over at the breakdown, and fly-half Abzhandadze duly takes the shot at goal from in front of the posts. However, there’s an early setback for the East Europeans as tighthead prop Gigashvili is forced off with injury, with Giorgi Melikidze on in his place.

This is an emphatic start from the Fijians! Georgia are somewhat harshly punished for a dominant scrum, but Fiji waste no time with the penalty and go quickly. They win another penalty and kick to the corner, and despite the wealth of power backs at their disposal, it’s the forwards who do the damage as flanker Johnny Dyer drives over from close range to double the lead! This time Volavola is on target and lands the conversion.

What a start from Fiji! The kick-off is knocked on immediately and gives Fiji the perfect platform to attack from. They bring the wings straight into play, with Tuisova taking the first carry off the scrum and then a loose pass across the line finding the former captain Nemani Nadolo, who is out of international retirement for this tournament and scores in the corner with his very first touch! He brushes off full-back Matiashvili and has the pace to beat the covering defence to score. Volavola misses the conversion, but Fiji are up and running in the Autumn Nations Cup!