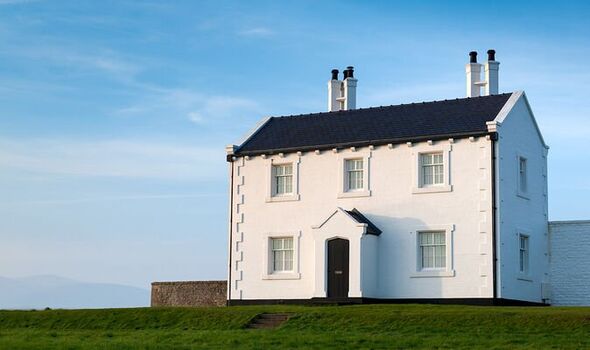 While the woman says she does not believe in the paranormal, she cannot help but feel that her home could be haunted. From objects moving around to creaking noises, the woman has noticed a number of unexplainable happenings in her detached house over the years.

Meanwhile, her husband has admitted to hearing things, but refuses to speak about it. Yet he sends their dog to scout the rooms before entering.

The woman took to Mumsnet to ask users for their thoughts, reports Edinburgh Live.

She wrote: “I’m not into the paranormal but I’m getting freaked out in my house. We’ve lived here 10 years. The house is only 20 years old. It’s built on marsh land.

“A year or so after we moved in weird s*** started happening. Stuff moving around, noises, dog going nuts in certain rooms, doors opening by themselves etc.

“DH [dear husband] got freaked out by it and started getting angry at me every time I mentioned it.

“He outright refused to discuss it but admitted he had seen and heard the same stuff as me.

“Then it all stopped. Nothing happened for years. All good.

“Then, a couple of weeks ago I was messing on my phone and behind me I saw a shadow go past in the hallway out of the corner of my eye and heard it brush along the wall.

“The dog (different dog) flew over me barking and growling, all heckles raised.

“Back door was locked, there was no way anyone could have got in without me (or the dog) hearing the front door.”

She went on to explain how she is getting more paranoid: “I sent the dog around the whole house – nothing at all. I put it to the back of my mind but ever since the noises have started up again – footsteps on the first floor, doors opening and closing, muffled voices.

“DH has heard it too and is laughing it off saying the ghost is back but he too is randomly sending the dog into rooms and upstairs before him and telling me not to be stupid when I mention it. It’s seriously starting to freak me out.

“It happened again 10 minutes ago … the sound of the floorboards creaking upstairs in the pattern of footsteps – DH looked up and muted the TV – then the sound of something being moved.

“I said ‘You’re not telling me you didn’t hear that?’ And he said ‘I’m not getting into this s*** again’ and turned the TV up.

One commentator reasonably argued: “If it’s a house built on marsh land could it be something like subsidence? That could account for all sorts of things.”

Although others proposed something a little darker: “You say you lived here 10 years and house 20 year old.

“Have you checked all rooms, attics, basements, garages to make sure previous occupants definitely left?”

A second echoed: “I hate to break this to you, but someone is living in your house…. an alive someone.”

“Burn it down,” another said.

Another person piped up: “I think I’d get a priest in to bless the house or whatever it is they do to get rid of ghosts! Not sure I believe in all that but it’s worth a try perhaps.”

“You need to stop talking about it and try to ignore it. You are giving it energy which makes it stronger,” someone suggested.

Looking for a logical explanation, one commented: “Rats? Pigeons? Squirrels? I was once sitting in the living and a pigeon flew out of my fireplace.”