In Breaking History: A White House Memoir, the 41-year-old businessman goes into detail about when the mogul, also 41, fought for clemency for Alice Johnson.

An excerpt obtained by People revealed that Kardashian first got in touch with his wife, Ivanka Trump, about the case in 2017. 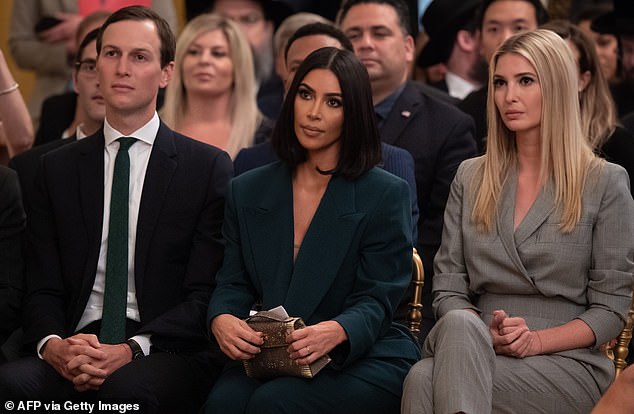 From there, Kushner explained that he was drawn to help out once he learned about the nonviolent offender.

He added, ‘With the president increasingly supportive of criminal justice reform, I decided it was the perfect moment to bring him Johnson‘s clemency case. In an Oval Office meeting in May, after working closely with Kim Kardashian to vet the file, I presented Alice‘s case to the president.’

It wasn’t smooth sailing from there, however, as the investor went on to share that White House counsel Don McGahn was apprehensive. 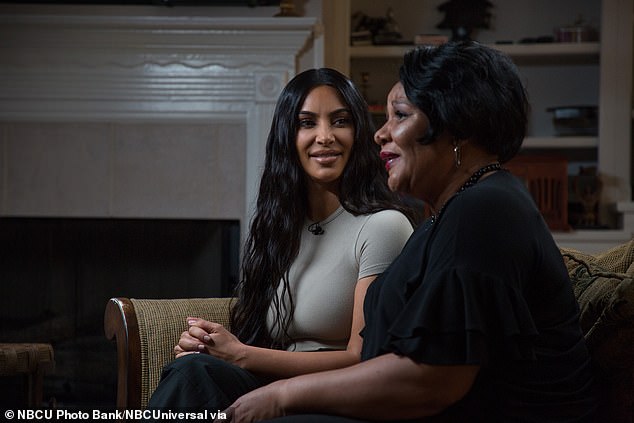 How it started: An excerpt obtained by People revealed that Kardashian first got in touch with Ivanka about the case in 2017; Kardashian pictured with Johnson in 2018

Fortunately for Alice, the then-president was interested in learning more anyway. ‘She gracefully presented Alice’s case to the president. She knew the details backward and forward,’ he said of the reality TV personality.

Next, he recalled when Trump, who’s also his father-in-law, made his decision.

‘Two days later, he called me early in the morning and said, “Let’s do the pardon. Let’s hope Alice doesn’t go out and kill anyone!” Jared explained.

Despite McGahn allegedly planting falsehoods to the press about the president being influenced by Kim’s pop culture prominence, Trump went forward with granting clemency. 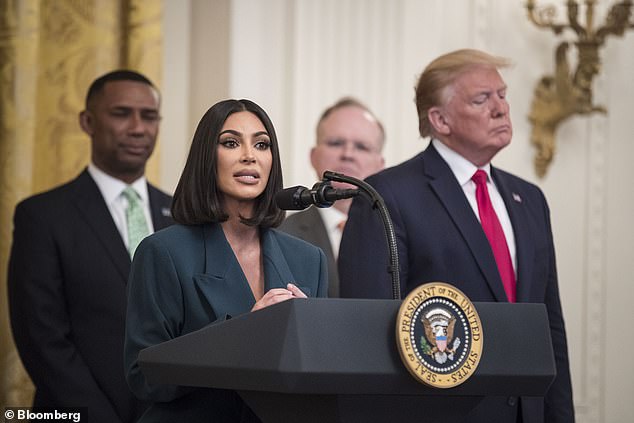 After the move, the New Jersey native wrote about Alice: ‘Her emotion was raw, her joy contagious, her long suffering and love emanated from her smile.

‘The president called me afterward. “Jared, that is one of the most beautiful things I have ever seen. I’ve been around for a long time, and that was beautiful.”‘

Trump would later go on to pardon Alice in August 2020, one day after she spoke at the 2020 Republican National Convention. 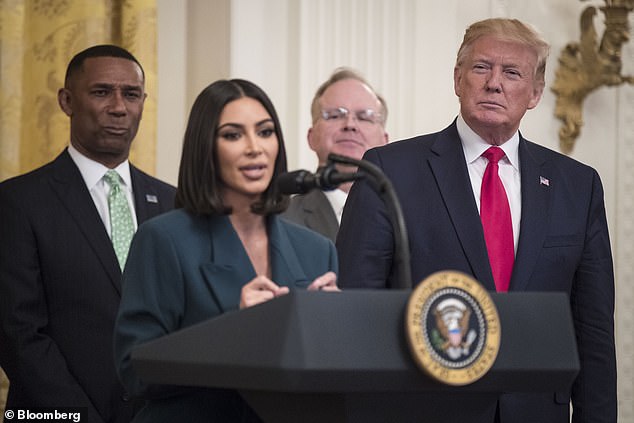 Prepared: ‘She gracefully presented Alice’s case to the president. She knew the details backward and forward,’ Jared said of the reality TV personality; seen in 2019

In other public extracts from the book, Kushner also revealed he was treated for thyroid cancer while serving in the White House.

He wrote that he recalled a conversation he had with White House physician Sean Conley on an October 2019 trip to Texas.

‘On the morning that I traveled to Texas to attend the opening of a Louis Vuitton factory, White House physician Sean Conley pulled me into the medical cabin on Air Force One,’ Kushner wrote. ‘”Your test results came back from Walter Reed,” he said. ”It looks like you have cancer. We need to schedule a surgery right away.”’ 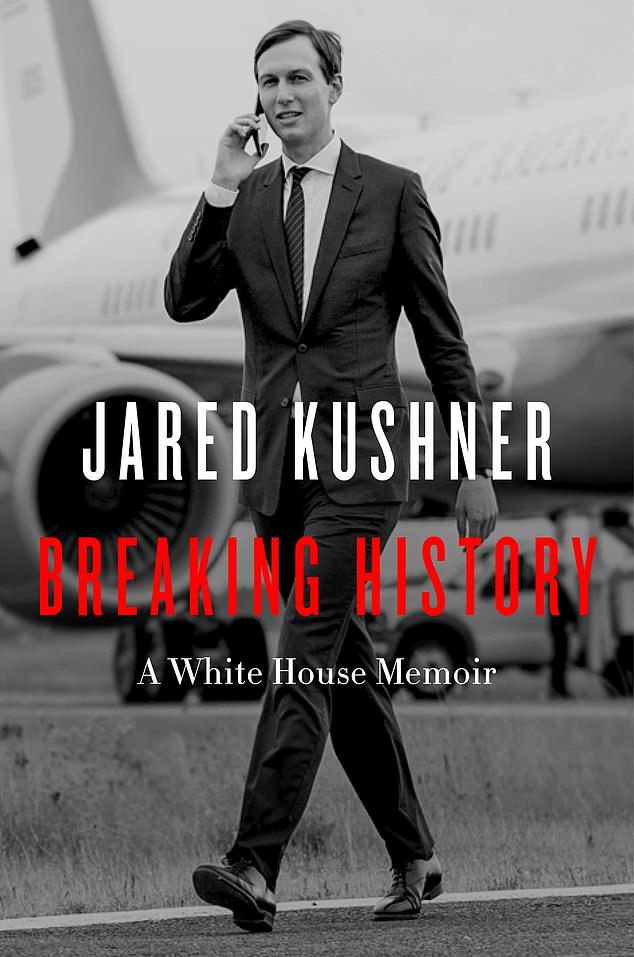 Breaking History: A White House Memoir will be released August 23, 2022