Tension remains high in the Persian Gulf as the highly strategic waterway is set to take centre stage at the FIFA World Cup in Qatar later this year. Around 25 percent of the total supply of world oil is shipped through the Persian Gulf, passing the volatile choke point in the Straits of Hormuz. The Royal Navy announced the seizure of alleged missile parts happened on two occasions earlier this year according to sources in the Ministry of Defence, (MoD).

It’s the first time a British warship has interdicted vessels carrying such sophisticated weapons from Iran, the MoD said in a statement.

Missile parts were being smuggled to Yemen to support Houthi rebels fighting against Saudi-backed factions.

Aside from the Royal Navy, the report suggests the US Navy has also completed similar operations against alleged Iranian speedboats.

The American destroyer USS Gridley supported the British effort in February, deploying a Sikorsky Seahawk helicopter to provide an over-watch during the operation.

As yet, the incidents had not been reported by the MoD. 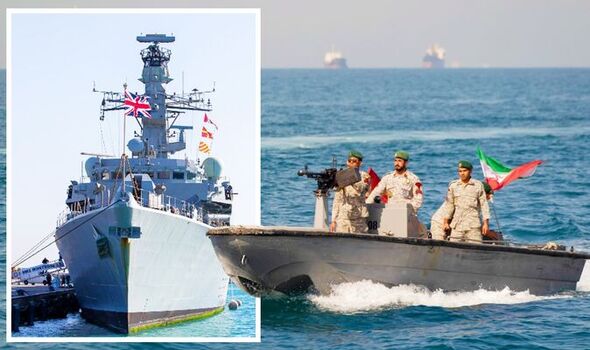 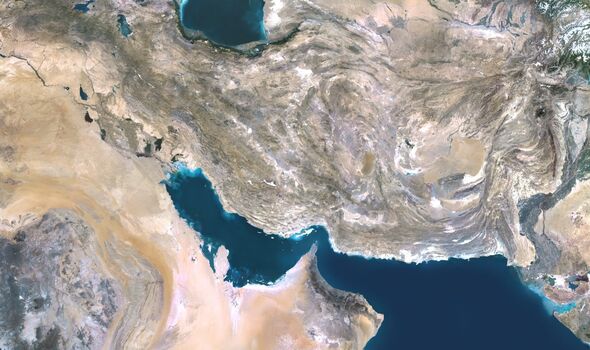 The missiles were being carried on speedboats in international waters south of Iran when a Leonardo Wildcat helicopter from the Type 23 frigate HMS Montrose spotted the vessels departing the Iranian coast.

The warship was conducting routine operations when the weapons were intercepted.

Analysis of the weapons by a team in the UK showed the shipment comprised multiple rocket engines for the Iranian-produced 351 land-attack cruise missile and a batch of Iranian 358 anti-air missiles.

The engine for the cruise missile is an unlicensed and pirated version of a Czech-designed power unit.

The weapon type is regularly used by the Houthis to strike oil refineries and other infrastructure targets in Saudi Arabia and was also the type of weapon used to attack Abu Dhabi in January.

Iran has dismissed the claims regarding the interception. 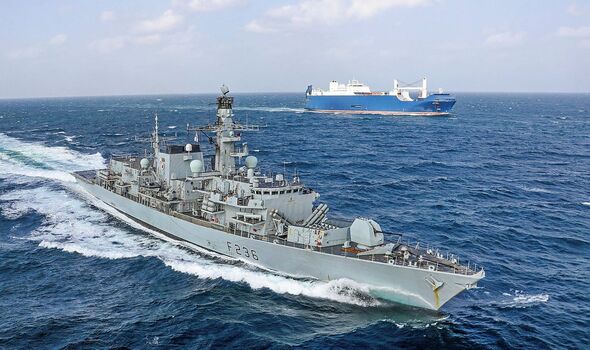 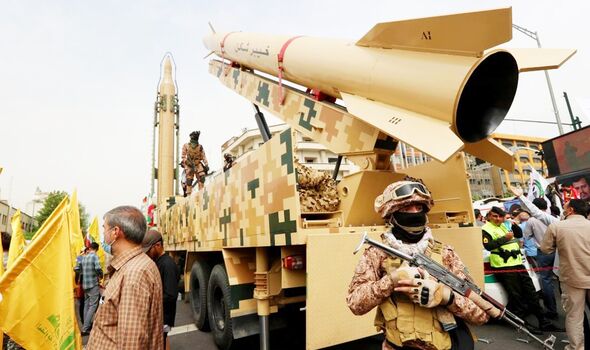 The Ministry of Foreign Affairs in Tehran saw spokesman Nasser Kan’ani slam the allegation as “baseless”.

The senior diplomat said: “The UK is a partner in the coalition’s aggression against the defenceless people of Yemen due to its constant sales of cutting-edge weapons to the Saudi-led coalition fighting in Yemen since 2015.”

He continued: “As a result, Britain is not in a position to present such unfounded accusations against the Islamic Republic while assuming a humanitarian posture.”

Since the start of the Saudi-led coalition invasion, the British government has sold £8billion in arms to the invading countries, including bombs, air-to-surface and cruise missiles, and warplanes. 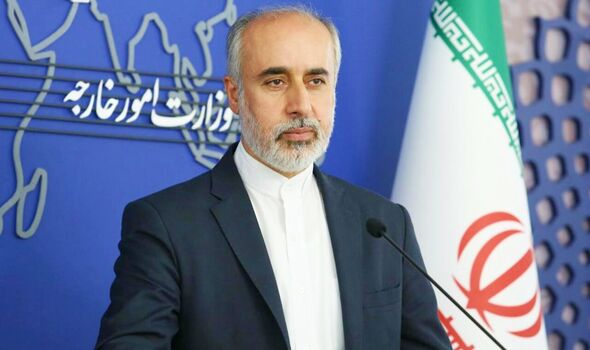 The current situation in Yemen has led to severe famine, which the UN describes as an “outright catastrophe”.

Today, more than 17.4 million Yemenis are food insecure; an additional 1.6 million “are expected to fall into emergency levels of hunger” in the coming months, taking the total of those with emergency needs, to 7.3 million by the end of the year.

Countless civilians have also been killed in the conflict.

Speaking of western military supplies to the Saudi regime, Mr Kan’ani said: “Britain has trusted the invaders with these weapons despite knowing that they would be used to commit war crimes and attack schools, hospitals, wedding ceremonies, and food storage facilities.

“Therefore, the UK is deprived of the moral competence required for laying such claims against the Islamic Republic.” 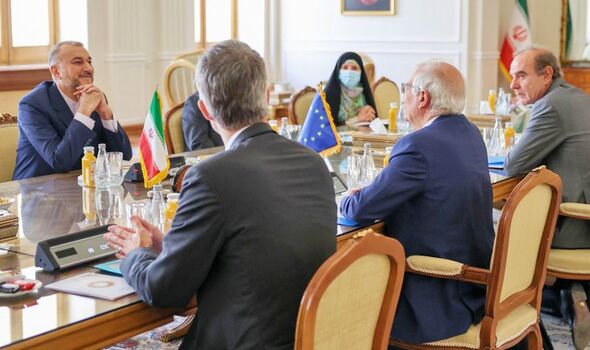 Ties between Tehran and the West have remained frosty since the US withdrawal from the Iran nuclear deal known as the Joint Comprehensive Plan of Action, (JCPOA).

In spite of efforts to revive the deal and see the US return to the table, many believe recent stagnation in talks may lead to the JCPOA collapsing altogether.

Iran and the U.S. recently held indirect talks in Doha mediated by the European Union.

After the Doha talks, the US accused Iran of pursuing demands beyond the JCPOA.

Rob Malley, the US lead negotiator, said the Doha talks were a “wasted occasion.”

On the other hand, Iranian Foreign Minister Hossein Amir Abdollahian, speaking at a joint presser with Qatar’s Sheikh Mohammad, said Iran is determined to reach a “good, strong, and lasting” agreement.