One hailed by the head of the RAF Air Chief Marshal Sir Mike Wigston as delivering “futuristic and ambitious” plans to harness drone swarms, the elite group has been revealed to consist of just four personnel. Furthermore, the crew have no aircraft to operate and has yet carried out no trials with any equipment.

The alarming news was discovered following a FOI request by Drone Wars UK, a campaign group calling for greater transparency over military drone use.

Speaking of the discovery, Director Chris Cole said: “Defence companies often over-promise and politicians can be dazzled by new military technologies so it’s crucial that there is proper transparency around these programmes.”

The RAF said 216 Squadron had invited industry to stage demonstrations of “swarming” drones.

These are similar to the craft used for the airborne light display during the Queen’s Platinum Jubilee concert at Buckingham Palace in June.

Fitted with bright coloured lights, the drones flew in various formations to depict the royal crown, a cup of tea and a corgi.

Numerous global events have turned to such displays ahead of public gatherings at football stadiums, exhibitions and national occasions. 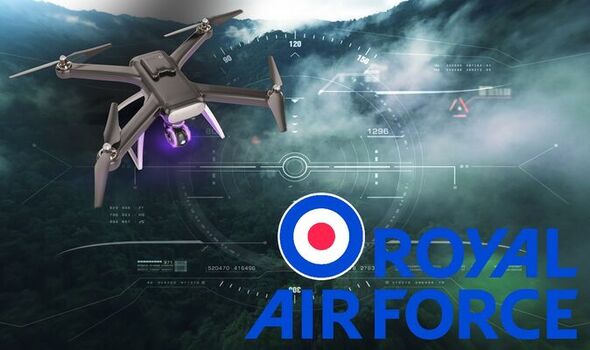 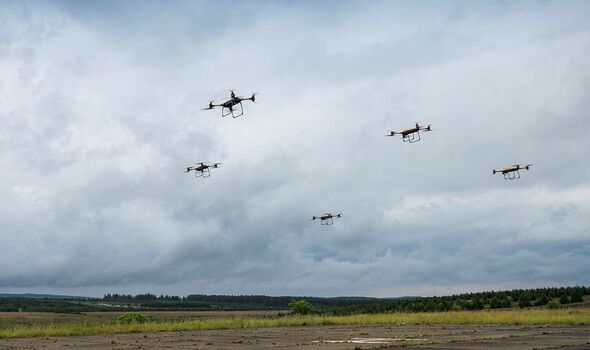 It is understood 216 Squadron personnel have viewed five types of drones being demonstrated during the past year.

RAF sources said 216 Squadron has observed 13 trials carried out by drone manufacturers since its formation in 2020, while in 2021 a successful exercise saw 20 of the craft flying in a swarm at RAF Spadeadam, the Cumbrian air weapons training range.

He added: “We have been focused on confusing and overwhelming adversary air defences but we are already contemplating new disruptive missions that I will leave to your imagination.” 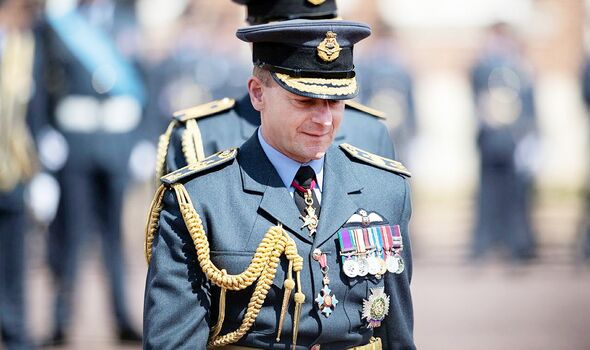 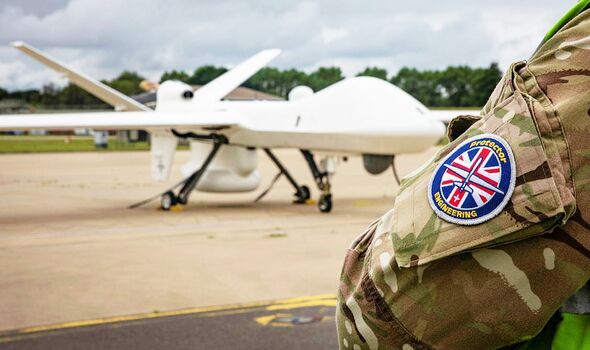 The use of commercial drones has fast become a popular pastime with many enthusiasts taking to the skies to perform aerial photography and film-making.

However, similar drones have been used in the ongoing war in Ukraine, with defence forces using the easily available aircraft to conduct reconnaissance missions, observe Russian advances and guide counter-strike measures.

Furthermore, Ukrainian soldiers have strapped bombs and grenades to them and use the remote-controlled craft to unexpectedly strike their enemies. 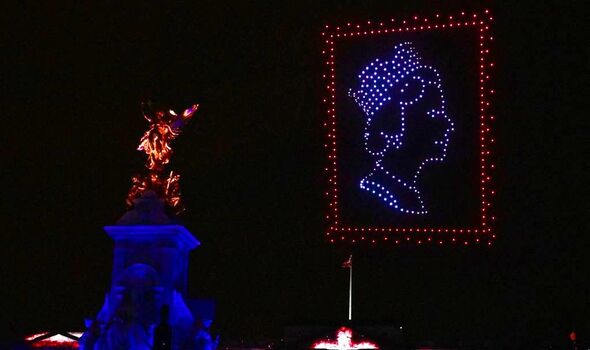 DJI spokesman Adam Lisberg said in April that the company “abhors any use of our drones to cause harm” and was suspending sales of its products in Ukraine and Russia alike. 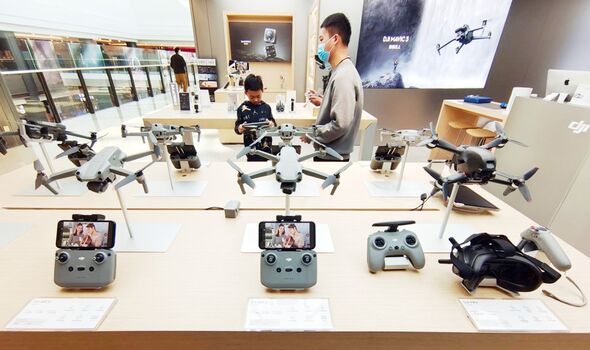 Drone swarms are large groups of drones operated together for a common purpose, flying in a similar way to flocks of starlings.

Their main benefit is swamping enemy air defence systems by giving them too many targets to shoot down.

The RAF has been contacted by Express.co.uk for further comment