Notre-Dame stood up in flames on Monday evening around 6.30pm local time (5.30pm BST) after a fire broke out in the Cathedral’s upper levels. The inferno tore through Notre-Dame’s roof and spire, causing the intricate stone tower and portions of the vaulted ceiling to collapse. Firefighters who fought to contain the blaze extinguished the last flames on Tuesday morning, April 16, and officials are now assessing the damage. The official cause of fire has not been revealed yet but authorities suspect an accidental fire linked to the expensive restoration works on the cathedral.

However, there are some who believe the telltale signs of impending destruction were evident and in plain sight prior to the incident.

Astrologer and cosmic guide Leah Whitehorse has bizarrely argued online a chain of unusual events throughout the week foretold the catastrophe.

The astrologer cited crowing birds, the world’s first photograph of a black hole and streams of water running down the sides of Westminster Palace in London among others.

Ms Whitehorse said: “All week I have been hearing the crows on my street shouting. 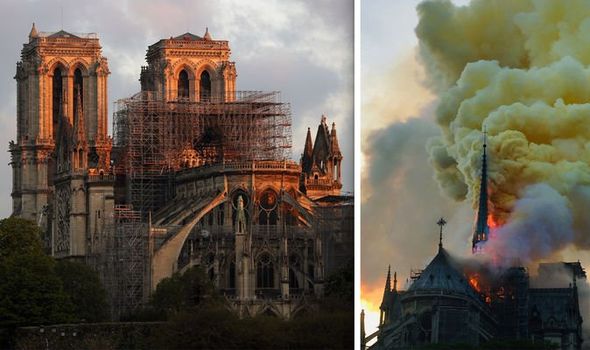 “I have noticed over the years that when birds are restless, something is coming.

“The water pouring down the walls of Parliament in the UK – a sinking ship.

“The first sight of a black hole. Something unseen is coming to light – something that could consume everything, including the light.

“Yesterday morning, I realised my pentagram had fallen off my necklace – I have worn this round my neck for around 30 years.

“I had a conversation on Facebook about these ominous feelings and we ended up in discussion about the twin towers, the coming of inevitable change and how if things don’t change naturally, then the situation will be forced.”

According to the astrologer, the moment Notre-Dame’s spire collapsed in flames was an incredibly significant sign.

In the Tarot deck of cards, the Tower falling symbolises what must come to pass in order for change to take effect.

And in some interpretations, the Tower is the first light to emerge after the dark. 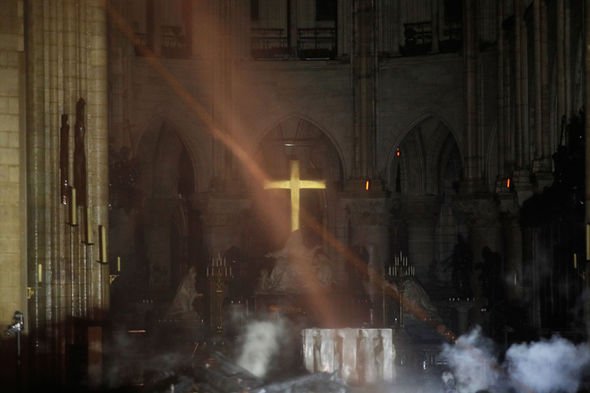 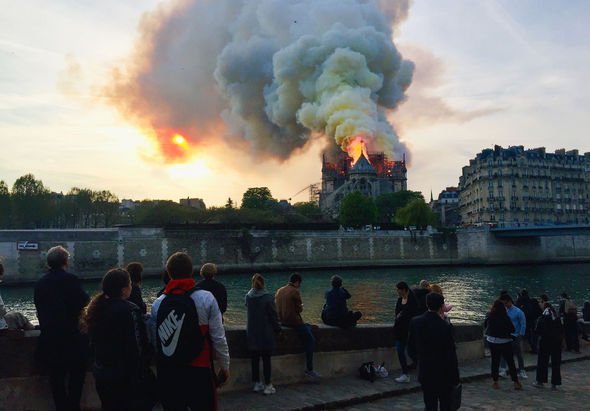 Ms Whitehorse said: “The message is clear that what has stood for hundreds of years can be razed to the ground.

“Notre-Dame was going through renovation work but symbolically speaking, you cannot renovate something that is fundamentally flawed.

“The Catholic Church itself is burning from the inside with abuse. The foundations of our society are falling apart.

“The planet herself is gasping for breath under layers of our plastic debris. We cannot keep trying to prop up what isn’t working.”