Mars is tonight a mere 34 million miles away from the planet, meaning it will be easier to spot than ever. And astronomers expect the Red Planet to be all the more pronounced as there are no bright stars in the same part of the sky.

Earth’s nearest neighbour is currently at its point of opposition.

This means our blue planet is passing directly between Mars and the Sun, so it will appear ‘effectively as a full Mars’, US space agency NASA said in a blog post.

Mars will consequently be easily visible even with the naked eye.

And the alien world will appear slightly more red than usual. 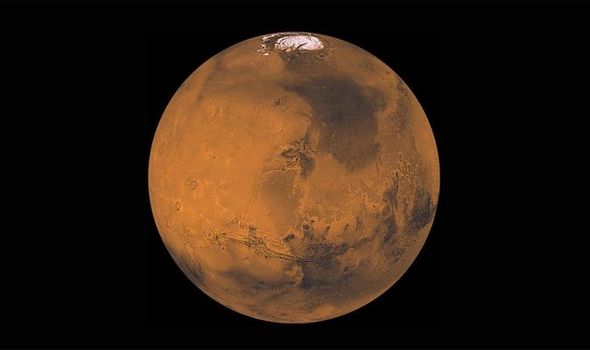 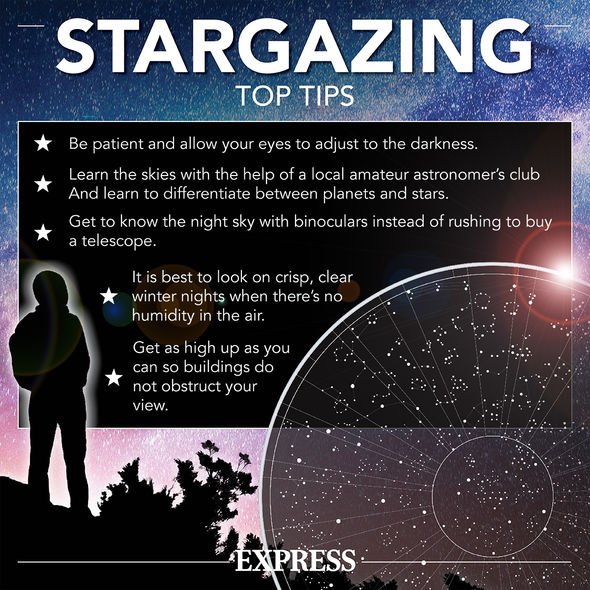 Viewing the planet looking through a telescope will allow even amateur astronomers to spot surface features and its frozen ice caps at its poles.

In the UK, Mars will loom over the horizon from approximately 7pm BST.

However, the planet will be best viewed after midnight BST – preferably from somewhere with – weather permitting – clear skies and minimal light pollution.

Those wishing to catch a glimpse of Mars in the sky need to look to the right of the Moon and towards the Pisces constellation, where it will be the second brightest object in the sky. 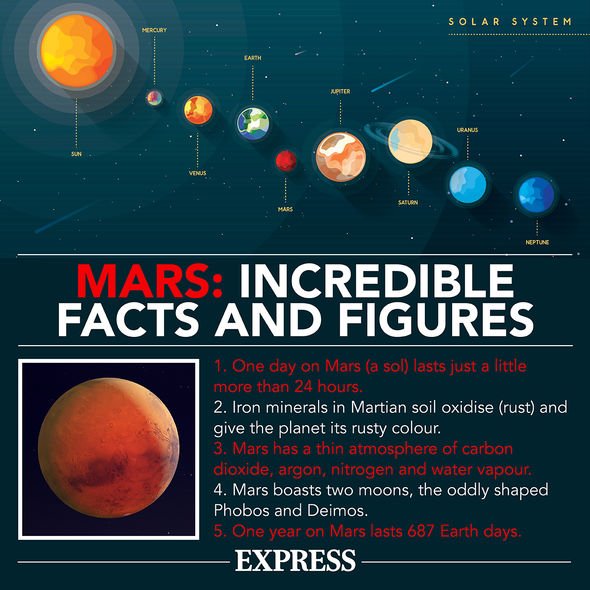 NASA said in a statement: “Simply go outside and look up and, depending on your local weather and lighting conditions, you should be able to see Mars.”

Although Mars reaches its closest distance to Earth approximately every other year, some are closer than others.

Distances between the two planets can actually vary by millions of miles on these occasions.

Both planets’ orbits are not exactly circular, meaning every 15 or 17 years the gap gets slightly closer and this year Mars will be ‘only’ 38.6 million miles away.

The next time Mars and the Earth will be as close as it is tonight will be in 2035, which space agencies such as NASA and SpaceX intend to exploit by sending astronauts to the Red Planet.

NASA said in a statement: “If Earth and Mars had perfectly circular orbits, their minimum distance would always be the same. However, they have elliptical paths.

“In addition, gravitational tugging by planets constantly changes the shape of their orbits a little bit. 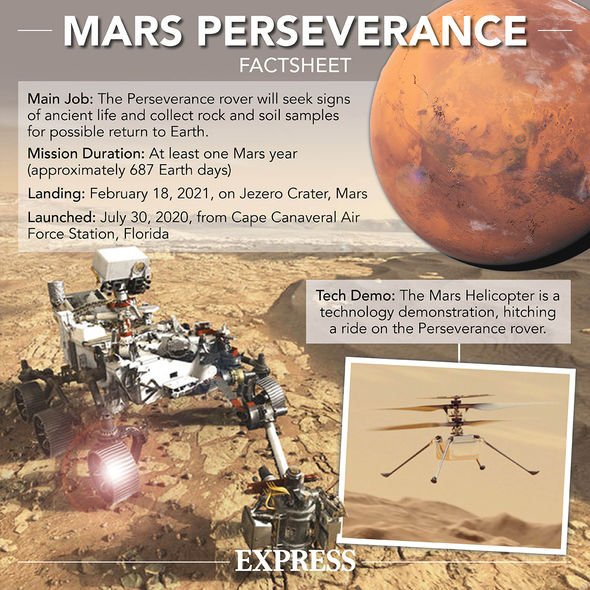 “The orbits of Mars and Earth are also slightly tilted with respect to each other.”

“When Mars and Earth are close to each other, Mars appears very bright in our sky. It also makes it easier to see with telescopes or the naked eye,’ NASA wrote.

“The Red Planet comes close enough for exceptional viewing only once or twice every 15 or 17 years’ and the next close approach is in 2035.”