Van Halen co-founder and legendary guitarist Eddie Van Halen passed away in Los Angeles County earlier this week after a battle with throat cancer. Get the breaking details on his death. 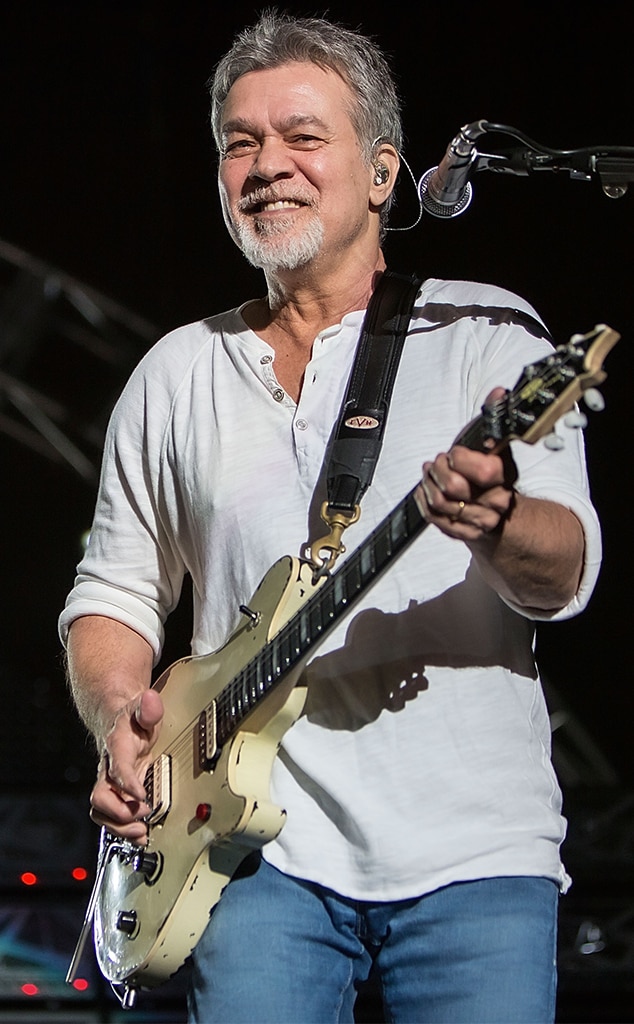 The music industry is mourning the loss of a legendary rock star.

Van Halen co-founder and legendary guitarist Eddie Van Halen has passed away after a long battle with throat cancer. He was 65 years old.

"I can't believe I'm having to write this, but my father, Edward Lodewijk Van Halen, has lost his long and arduous battle with cancer this morning," Wolfgang shared with his followers. "He was the best father I could ever ask for. Every moment I've shared with him on and off stage was a gift. My heart is broken and I don't think I'll ever fully recover from this loss. I love you so much, Pop."

Valerie Bertinelli, who was married to Eddie from 1981 to 2007 also shared a photo of their son's personal Instagram post confirming the passing.

According to TMZ, who first reported the news, Eddie passed away with his wife Janie Liszewski by his side. His brother Alex Van Halen and his son Wolfgang were also nearby.

Eddie Van Halen Dead at 65 After Battle With Throat Cancer

Eddie's career took off back in 1972 when he helped form the band that would become Van Halen.

With hit songs including "Jump," "Runnin' With the Devil" and "You Really Got Me," the group would go on to win several awards. Most notably, the band received a Grammy for Best Hard Rock Performance thanks to their 1992 album For Unlawful Carnal Knowledge.

Eddie's long career earned him the opportunity to be inducted into the Rock and Roll Hall of Fame in 2007.

Eddie's decades-long experience in the music industry inspired his son to create his own music. In fact, Wolfgang recently spoke out about whether or not his father's legacy was a gift or a curse.

"That's a great question," he shared on Instagram back in July 2020. "It's really equally both. Being who I am, I think people at the least will be interested in what my work will sound like, which is very nice. But on the other hand if it's not exactly what they want to hear or if I don't try to sound ‘Van Halen-y' enough for them, they'll hate me and won't give me the time of day….I'm not trying to be my father, I'm trying to be me."

Safe to say Eddie would want him to rock on.