The co-founder of Van Halen, Eddie Van Halen, has died at the age of 65, his son, Wolfgang, has confirmed. The legendary guitarist reportedly died at St Johns Hospital in Santa Monica, California on Tuesday.

Eddie’s health went downhill over the past 72 hours, according to TMZ.

Doctors found that his throat cancer had moved to his brain, as well as other vital organs.

Eddie had been diagnosed with the cancer over 10 years ago, it said.

“I can’t believe I’m having to write this, but my father, Edward Lodewijk Van Halen, has lost his long and arduous battle with cancer this morning,” Wolfgang wrote on Twitter. 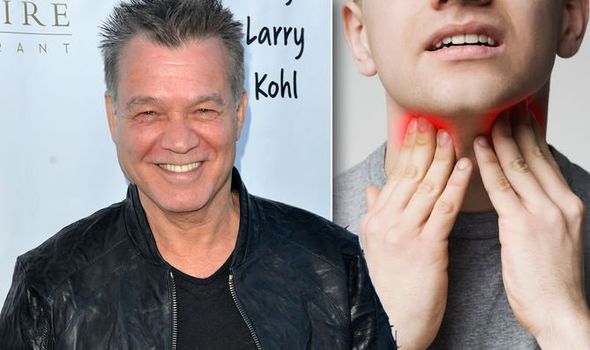 “He was the best father I could ever ask for.

“Every moment I’ve shared with him on and off stage was a gift. My heart is broken and I don’t think I’ll ever fully recover from this loss.”

Throat cancer can be difficult to spot in its early stages, as the signs may be easily confused for something else.

But the most common warning sign of the condition is a persistent sore throat, according to the Cancer Treatment Centers of America.

“The signs and symptoms of throat cancer may be difficult to identify in the early stages of the disease.

“Many symptoms associated with throat cancer, such as a sore throat or hoarseness, are the same as those that may accompany a cold.

“Many symptoms of throat cancer do not develop in the early stages of the disease.

“Signs of throat cancer may first be found by a dentist or doctor treating another disease or condition.” 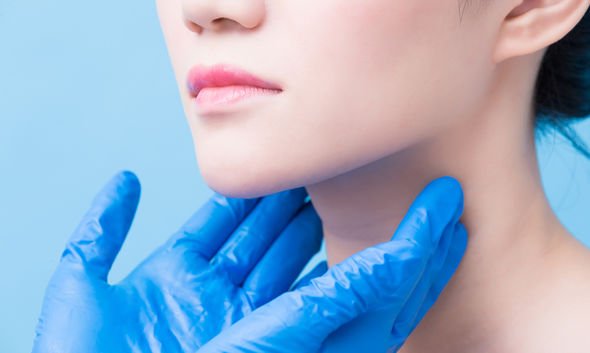 The most common signs of throat cancer include difficulty swallowing, and having a lump in your mouth or throat.

Some patients have also reported hoarseness, or a subtle change to their voice.

Unexplained weight loss and difficulty breathing may also be caused by throat cancer.