Earthquake hazard and risk: Explanation of what it means

The first quake hit southern Iran, which had a magnitude of 6.1, in the early hours of Saturday morning.

Two later quakes, one with a magnitude of up to 6.3 followed, state media reported.

A total of four separate earthquakes were recorded near the southern port city of Bandar-e Lengeh. 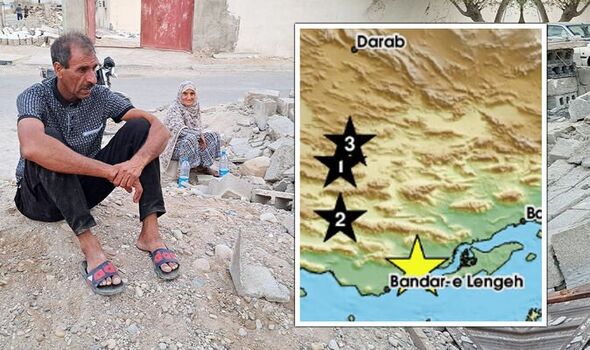 Mehrdad Hassanzadeh, the head of emergency management in Hormozgan province on Iran’s Gulf coast, told state TV earlier: “Rescue work has been carried out and we are now providing tents as emergency housing.”

But search and rescue operations have since ended, according to officials.

Emergency services spokesperson Mojtaba Khaledi said that half of the 49 people injured have since been discharged from hospitals.

Foad Moradzadeh, the governor of Bandar Lengeh country, told state news agency IRNA: “All of the victims died in the first earthquake and no-one was harmed in the next two severe quakes as people were already outside their homes.”

FARS reported that 12 villages in the surrounding Hormozgan province suffered damage, after dozens of aftershocks.

The province is around 1,000km south of the capital of Tehran.

The village of Sayehkhosh took the heaviest blow, with many houses destroyed, officials said.

Officials also reported that a total of five villages suffered power outages due to the quakes.

75 rescue-operational forces and emergency teams were sent to the scene, with 12 operational vehicles present in the affected areas.

Shaking could reportedly be felt as far as the United Arab Emirates too.

Around 150 quakes and tremors had struck western Hormozgan in the past month alone, officials told state TV.

Back in 2013, a powerful  7.8 magnitude on the Iran-Pakistan border killed at least 34 people in Pakistan.

Another earthquake with a magnitude of 6.4 killed 612 people and injured more than 1,000 in Iran’s south-east province of Kerman, which is around 700km south-east of Tehran.

Iran is considered an extremely earthquake-prone country as it lies over major fault lines, which contain increased risk of seismic activity.

According to the American Iranian Council, Iran experiences one earthquake every day on average.