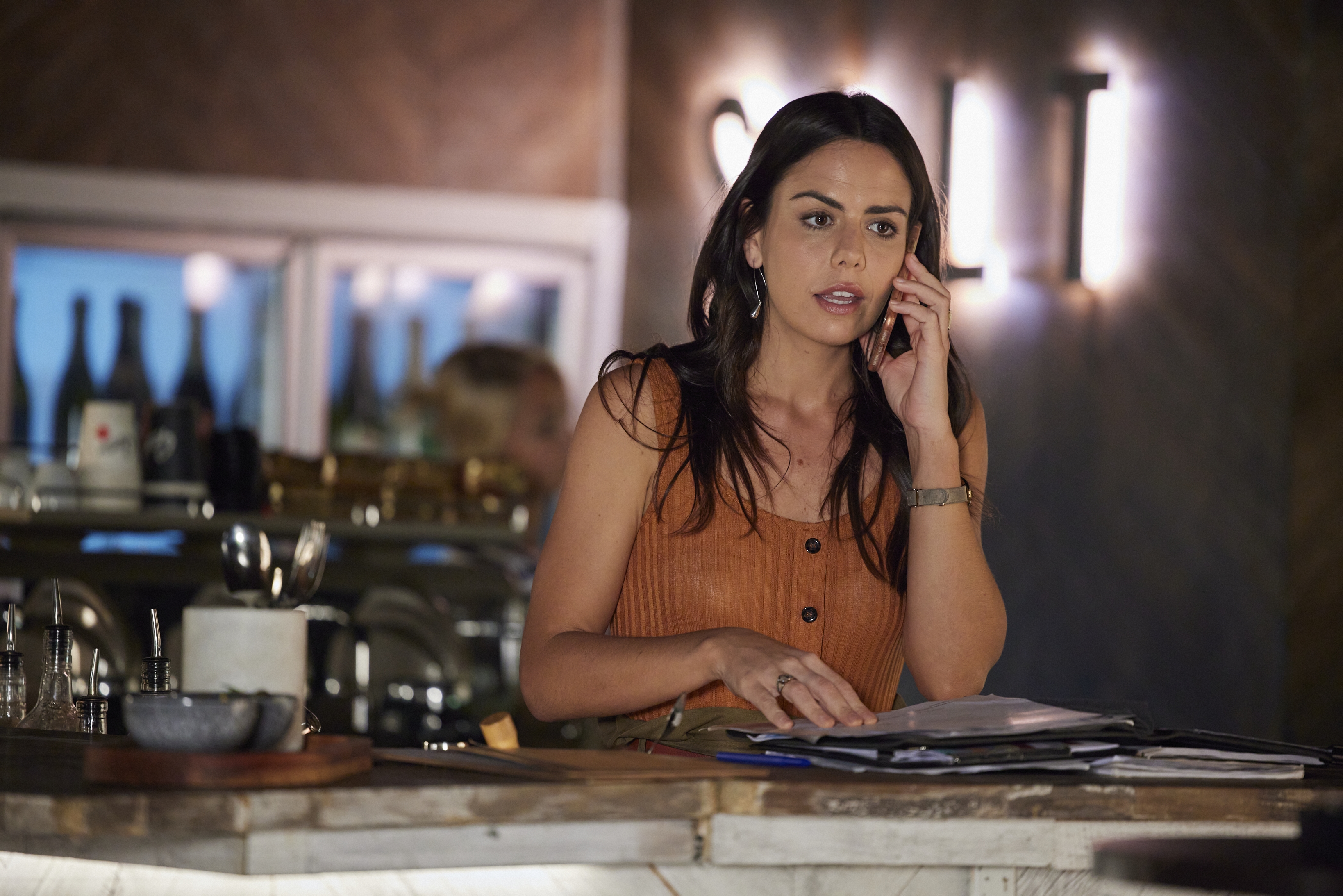 The calm Summer Bay beach has been turned into a crime scene in the aftermath of wealthy gambler PK’s (Ryan Johnson) body being found. Cash (Nicholas Cartwright) and Rose (Kirsty Marillier) investigate, noting that the death is being treated as suspicious and it appears there are indications of violence. The coroner’s report comes back, saying the time of death was in the last few days.

Felicity (Jacqui Purvis), Tane (Ethan Browne) and Logan (Harley Bonner) are eating dinner at home when they’re interrupted by a knock on the door. Cash and Rose are on police business, and tell them that PK is dead. Felicity and Tane exchange a look – this development makes everything different now. Cash says he has some questions for Felicity – but she isn’t being considered as a suspect.

Realising that Logan is right in front of her, but the police want answers, Felicity quickly cobbles together a half-truth when she’s asked what Mackenzie’s (Emily Weir) connection is to PK. She says that Mac was in huge debt, and PK loaned her money. Rose asks what PK wanted in return, but Felicity says the cops will have to discuss that with Mackenzie.

The cops are abruptly pushed out, but Felicity’s troubles aren’t over yet as Logan is now full of questions for her. What connection does Mackenzie have with this dodgy guy who has wound up dead? He’s already been faced with doing a home transfusion for Tane in the aftermath of his stabbing – now this? But Felicity can’t say much.

What she can reveal is that PK wanted to get Mac into bed, and this revelation shakes Logan to the core. Tane sends Logan on his way, sensing he is at the house to avoid Mackenzie, but once he’s left the couple have more serious matters to attend to. Now that PK is dead, and his murder is being investigated, could the illegal poker nights be exposed? If so, what would this mean for both Felicity and Mackenzie?