NASA has confirmed the biggest solar flare in years has erupted on the surface of the Sun. Although the flare is an indication the Sun’s solar cycle is becoming more active, some have interpreted the flare as a biblical sign of prophecy. According to Paul Begley from West Lafayette in Indiana, US, the world’s prophetic demise will be preceded by signs in the heavens and on the Earth.

Speaking to his followers on YouTube, pastor Begley said the Sun has woken up and waves of energy are bursting throughout the solar system.

In a video titled Breaking ‘Apocalyptic Signs Hits Sun & Moon’ the firebrand preacher said: “As God is releasing asteroids and meteorites, and clouds of debris, that are headed in our solar system – coming right at us actually – we’re going to continue watching closely.

“It does match some of the – literally – scripture in the Bible, especially in the Book of Revelation where it says first the Sun reacts.”

In Revelation 16, the Bible reads: “The fourth angel poured his bowl on the Sun and the Sun was given power to scorch people with fire. 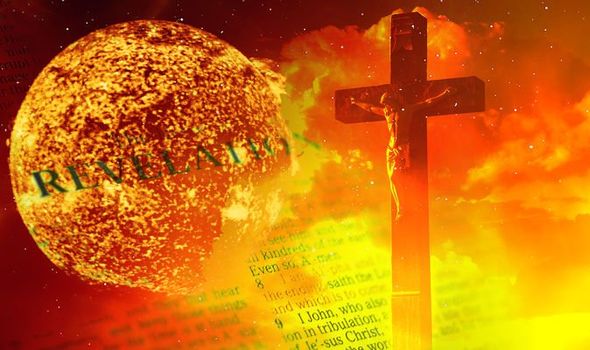 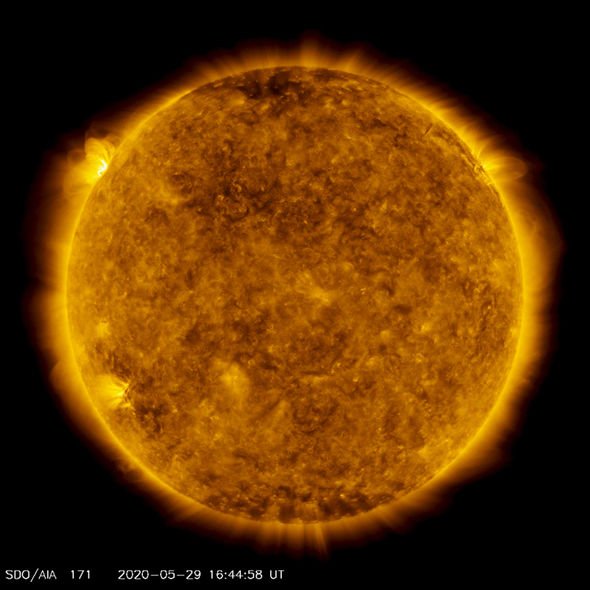 “They were seared by intense heat and they cursed the name of God, who had control over these plagues, but they refused to repent and glorify him.”

In Pastor Begley’s opinion, this could be already happening as more and more people experience scorching temperatures.

The solar flare detected by NASA was an M-class flare, which is only mid-tier in terms of solar flare strength.

But the flare was the strongest seen since October 2017.

On Friday, May 29, NASA said: “The flares were too weak to pass the threshold at which NOAA’s Space Weather Prediction Center – which is the US government’s official source for space weather forecasts, watches, warnings and alerts – provides alerts.

God is releasing asteroids and meteorites, and clouds of debris

“But after several months of very few sunspots and little solar activity, scientists and space weather forecasters are keeping their eye on this new cluster to see whether they grow or quickly disappear.

“The sunspots may well be harbingers of the Sun’s solar cycle ramping up and becoming more active.

“Or they may not. It will be a few more months before we know for sure.”

On May 29, a cluster of sunspots appeared on the Sun’s surface, releasing the solar flare. 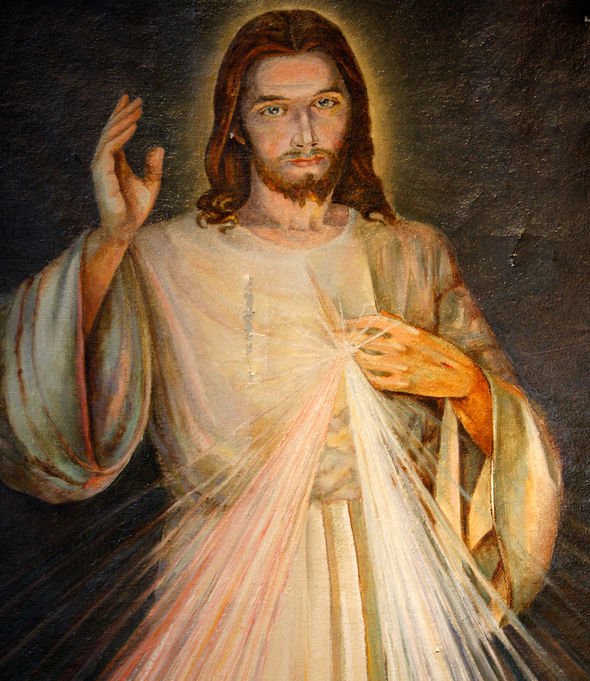 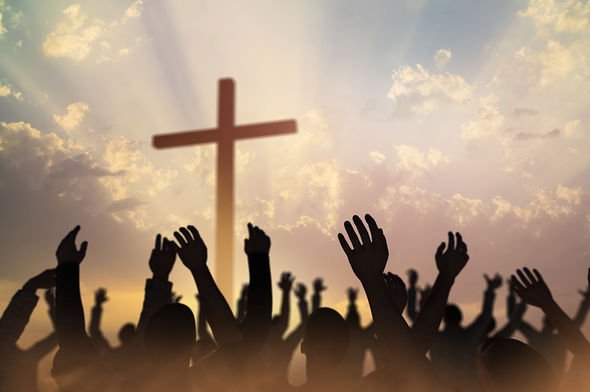 Sunspots appear as dark freckles on the Sun, where surface temperatures plummet as a result of the star’s magnetic field acting up.

Pastor Begley, however, believes we are living in the end times and the final hour of God’s judgment is approaching.

He said: “This is all the beginning guys of what it says in Revelation.

“And the Bible says that the trees and the grass will burn up.

“And then the Bible says, then at some point a mountain, what looks like a mountain burning, will crash into the sea, create a tsunami so unbelievable that the third of the ships of the sea will be destroyed, okay?

“And that’s followed by another large comet or asteroid called Wormwood.”

Despite the doomsday predictions, there is nothing to fear from the solar activity as it is part of a natural 11-year cycle.

In 2011, NASA has also revealed it is impossible for major solar flares to destroy the planet.

NASA said: “Even the biggest solar flares are not powerful enough to physically destroy Earth.”

NASA’s scientists have also assured there is no known asteroid or comet that could pose any threat to Earth’s safety now or in the next few hundred years.