Incredible moment cop stands on top of his cruiser and rescues 12-year-old girl from second-story apartment fire which claimed the lives of her sister, 8, cousin, 13, and 49-year-old neighbor

Police in Illinois have released heart-stopping body camera footage that shows officers climbing on top of a squad car to save a terrified 12-year-old girl from her family’s burning second-floor apartment.

The fire that broke out on Monday at the Western Apartments complex on Third Street in Sterling claimed the lives of three people, including two children, and injured the 12-year-old girl and her mother.

According to a statement from Sterling police detective Sgt. Pat Bartel, the fire ignited at around 12.25am and spread through the second floor and the lobby of the building. 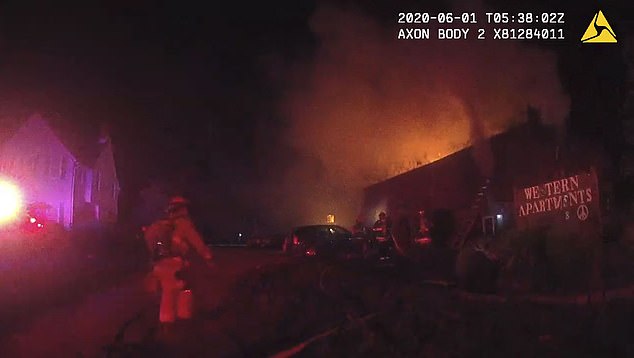 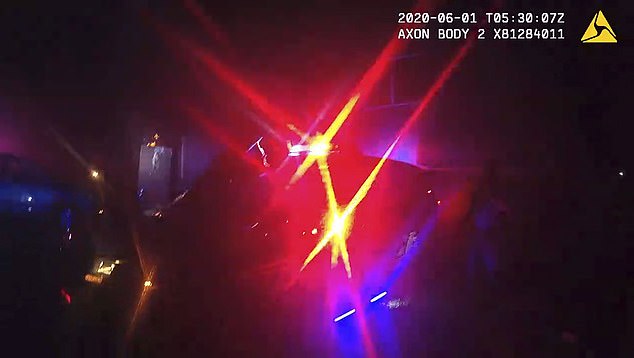 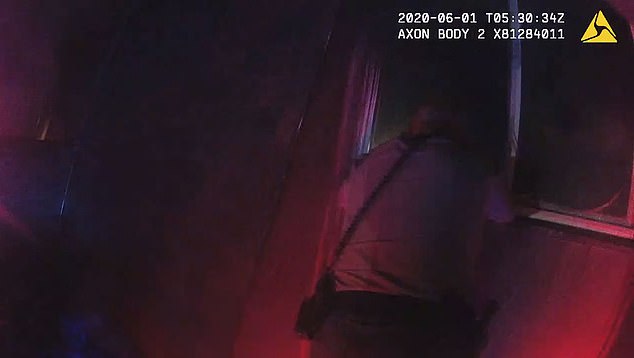 Officers from the Sterling and Rock Falls police departments, and deputies from the Whiteside County Sheriff’s Office arrived on the scene before the firefighters and learned that there were people trapped inside the burning building, reported Sauk Valley News.

Officers pulled up a squad car against the side of the building, and as the newly released body camera video shows, one of the cops clambered onto the roof so he could reach a second=floor window.

In the video, an officer shines a flashlight inside the dark apartment and calls out, ‘Come here. Come to me.’

A girl’s panicked voice is heard from the unit: ‘I can’t! I feel like I’m gonna die!’ 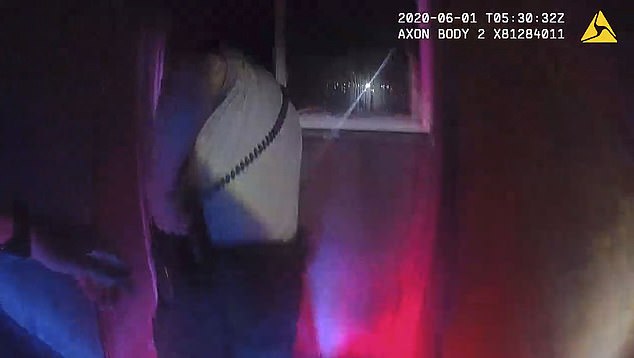 Officers frantically guided the 12-year-old girl toward the window as she screamed, ‘I feel like I’m gonna die’ 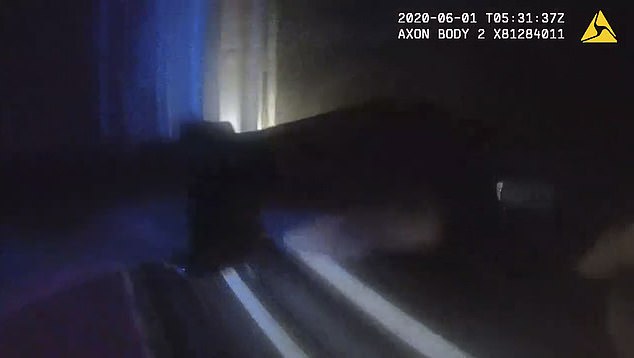 For several minutes, police struggled to get the terrified child to come to them 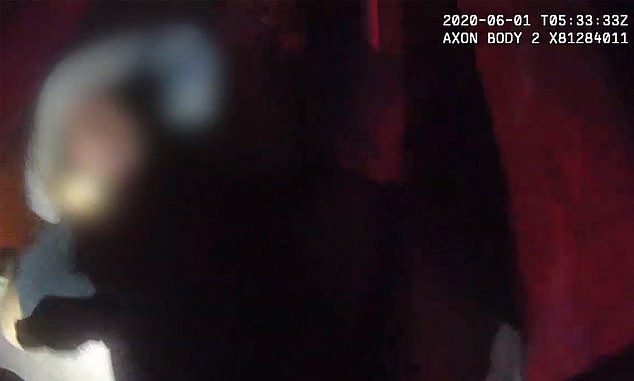 Finally, the girl approached the window and an officer scooped her up and took her to safety

The officer seeks to reassure the girl and urges her to walk toward the window, but she shrieks, ‘I want my mommy!’

The cop on the roof of the patrol car begs the girl to come closer and take his hand.

‘Come here, buddy, walk toward the light!’ he yells.

Police officers then break multiple windows on the second floor and continue pleading for the girl to come near so they could pull her out.

They guide the 12-year-old with their voices until she emerges in the window, allowing the officers to scoop her up and carry her to safety.

‘We got you,’ an officer tells the child, who says in reply, ‘I want my mommy.’

According to police, the girl was taken to a hospital to be treated for burns and was listed in good condition. 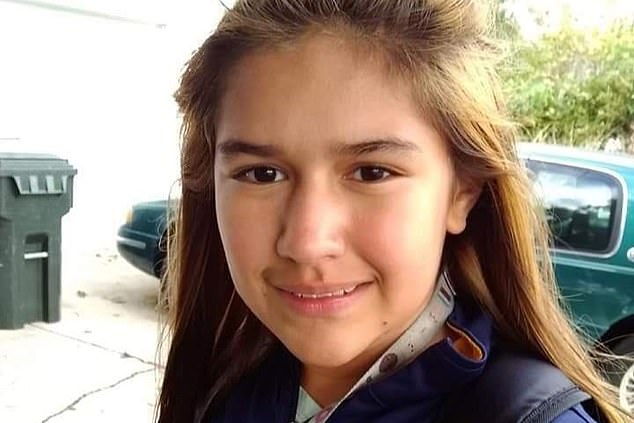 The fire took the life of the 12-year-old’s sister and their cousin, 13-year-old Celina Serrano (pictured)

Her 35-year-old mother was hospitalized in critical condition.

Neighbor Carrie Hose, 49, also perished in the fire, leaving behind a son and daughter. 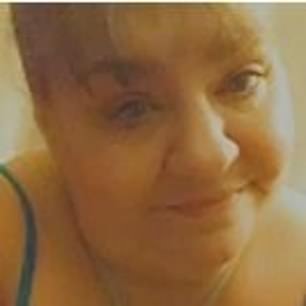 Also killed in the fire was 49-year-old Carrie Hose, a mother of two

‘It makes me as the chief extremely proud and happy that my officers can react and do react that way,’ Sterling Police Chief Tim Morgan told WQAD of the rescue efforts. ‘The squad car got dinged up a little bit, but that’s fine. Those things can be replaced and fixed and they were fortunate enough to get somebody out.’

After firefighters arrived on the scene, put out the blaze and recovered the bodies of the deceased, the rest of the building was evacuated.

The cause of the fire is under investigation. Because it involves fatalities, it is being investigated as if it were an arson, so as to preserve any potential evidence.

Meanwhile, a friend has launched a GoFundMe campaign to help the family that lost their daughter, saying the mother, Alma Walker, is in a coma and her husband, Dakkota Shake, ‘lost his clothes and everything else.’ 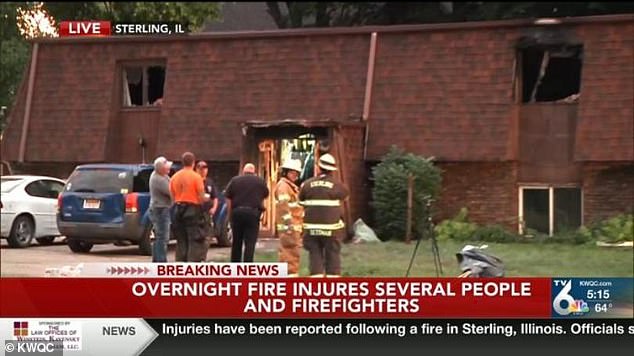