Apple is interested in technology that would allow users to take ‘synthetic group selfies’ according to a recently granted patent.

As reported by The Protocol, the patent could be a way of allowing users to take group selfies with each other while adhering to social-distancing guidelines.

The patent, first discovered by Patently Apple, describes technology that would allow someone with an Apple device to invite remote users take part in a group selfie and then stitch the separate images into a single product. 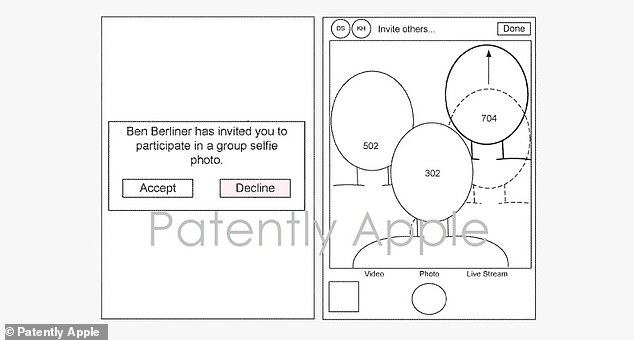 A patent granted to Apple describes a technology that would enable users to take ‘synthetic group selfies’ (pictured) that stitch together images taken remotely.

According to Patently Apple the ‘synthetic group selfie’ can consist of still images, stored video images, or live streaming video images and are stored as ‘multi-resource objects’ meaning users can modify the composition of the group selfie after its been created.

The patent depicts an invite that asks users whether they want to participate in the selfie which they can either accept or decline.

The patent also suggests that the technology will be able to arrange the selfies automatically.

Apple doesn’t state whether the technology is geared toward an iPhone, iPad, or Macbook, but the clearest implementation would be with a mobile device.

While the technology has obvious applications during the coronavirus pandemic, Apple was almost assuredly not considering social-distancing when it first applied for the patent in 2018.

As with any patent, it’s unclear if or when the technology will actually make its way to a device or if the idea is mostly theoretical. 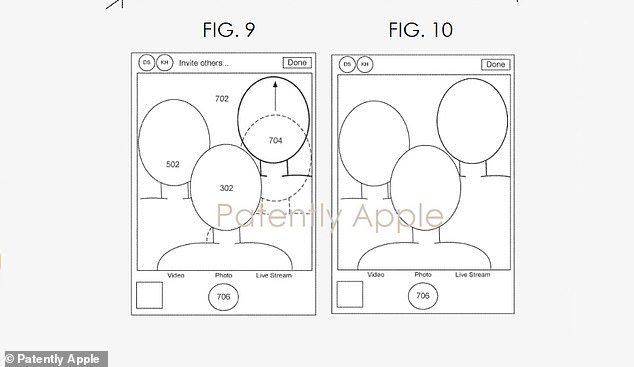 Apple also recently filed a patent illustrating an experimental new design for a bendable laptop that would be made from a single piece of material.

The patent describes a ‘planar hinge assembly’ that would smoothly bend like a stack of papers rather than the rigid mechanical hinge design of most existing laptops.