Apple has banned an app that charges Instagram users to check which posts their friends have liked after it was accused of encouraging ‘stalking’.

The app called ‘Like Patrol’ was available to buy on the Apple app store until yesterday, when Apple took down the app claiming it violated their policies by scraping people’s data without consent.

It allowed those who downloaded it to view hidden data from Instagram about the activity of other users, including posts they liked and what comments they left on whose feed.

Like Patrol essentially delivers users a report of someone else’s activity by monitoring them on Instagram’s app. 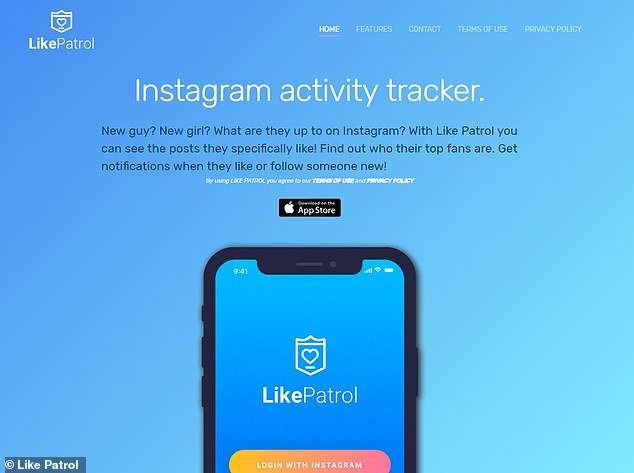 The app called ‘Like Patrol’ was available to buy on the Apple app store until yesterday, when Apple took down the app claiming it violated their policies

Instagram had previously come up against the app’s mexico-based developer calling on Sergio Luis Quintero to shut down the app and its activities.

Mr Quintero claims the app only uses data that is readily available to the public and plans to fight Apples’ decision – the app was not made available on Google Play.

Speaking to the BBC he said: ‘There is a strong hypocrisy in Facebook’s condemnation of our app. 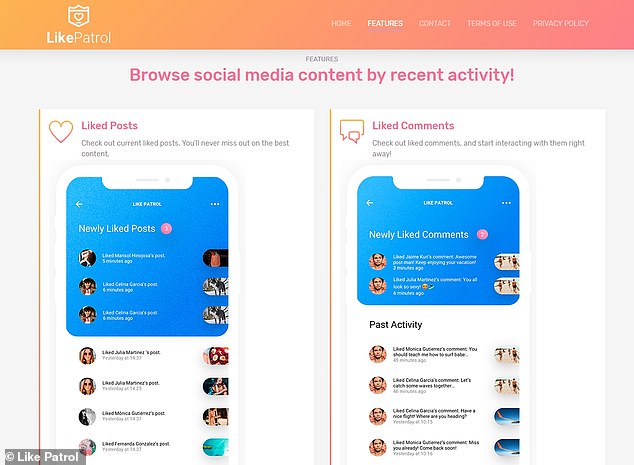 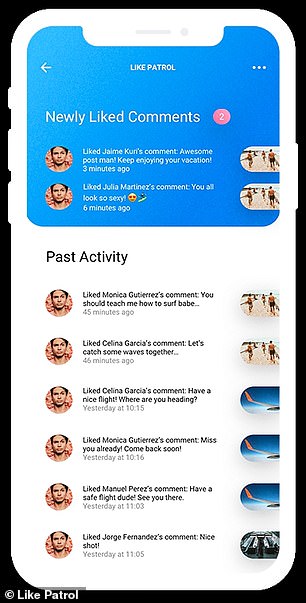 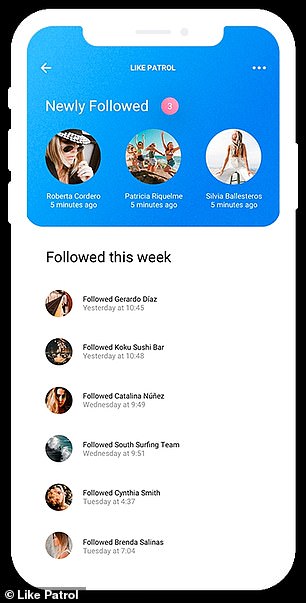 This month, Instagram notably removed its ‘Following’ tab from the app which made way for the Like Patrol app to become more popular

‘Like Patrol does not collect data from Instagram users, it provides the users with a tool to rearrange information that is already available to them.

‘Everything the user sees lives only in the user’s device, we do not have a login, we do not centralise any information, if the user deletes the app every bit of data he was able to see in Like Patrol is deleted.’

The developer said he claims that he will make his coding for Like Patrol open source so that its workings are transparent – this could also mean copy cat apps may pop up. 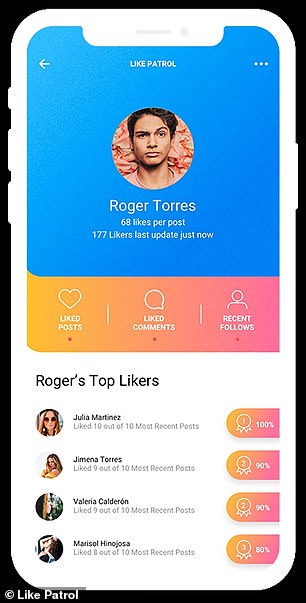 Some technology blogs have branded the behaviour of the app ‘creepy’

This month, Instagram notably removed its ‘Following’ tab from the app which allowed users to see information on likes and follows, meaning Like Patrol’s features now stand as a direct circumvention.

Like Patrol has been charging users for its service – $2.99 for a weekly subscription and $80 for a full year.

A spokesman for Instagram told CNET last month: ‘Scraping violates our policies, and we take action against companies who we find to be engaging in it.

‘Like Patrol was scraping people’s data, so we are taking appropriate enforcement action against them.’

Like Patrol is still available to use for customers who had already downloaded the app onto their device.

‘So you have a case where it’s not serving the use case you built it for, but it’s also causing people to be surprised when their activity is showing up.’

Instagram has been testing a similar update that would allow only the original poster to see how many likes an image had gotten.

Another feature being tested will introduce a ‘nudge’ feature that pops up if a person is about to post a comment the app determines could be hurtful.

Some technology blogs have branded the behaviour of the app ‘creepy’ but said that users should be aware that anything they post is ‘out in the open’.

Instagram is hiding how many ‘likes’ a post has to rake in more cash from advertisers, not to aid the mental health of its users, experts claim.

The social media giant stopped the like count showing up on each post in July to stop users obsessively measuring their worth by their numbers.

‘We hope this test will remove the pressure of how many likes a post will receive, so you can focus on sharing the things you love,’ it said. 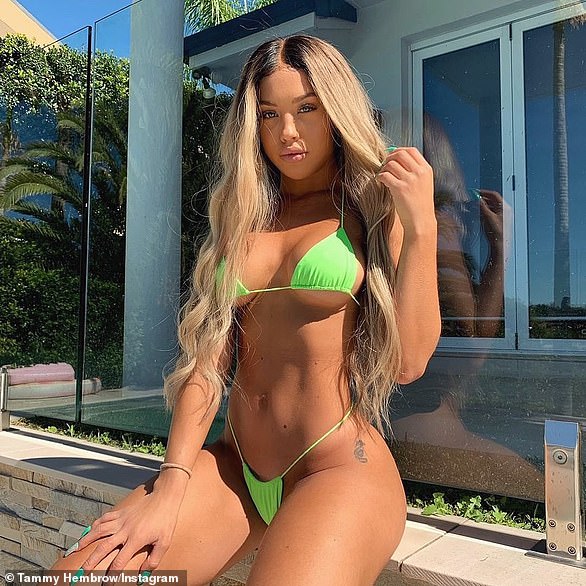 ‘We are rethinking the whole experience of Instagram to address issues around wellbeing and to ensure the Instagram community has a positive experience on our platform.’

However, marketing experts claim this is a ‘bulls**t’ excuse to get businesses spending ad dollars by making it easier for them to compete with influencers.

‘Let’s stop the bulls**t that this recent change is about reducing the incidence of mental health among their users,’ Murmur boss Dave Levett said.

‘It’s about raising ad revenue for the platform, and make Instagram more appealing for small businesses and brands to pump dollars into the growing social behemoth.’

Mr Levett said influencers were making millions selling everything from cosmetics to protein shakes, but Instagram saw none of the revenue.

‘Instagram wants businesses spending money on its platform instead of with influencers. This is purely a money play,’ he said.

More than 25 million businesses have Instagram profiles but only two million buy ads, often because their engagement is dwarfed by bikini girls and fitness bloggers.

‘Small and medium businesses aren’t posting or buying ads because they don’t want to have low engagement. If their ads or posts only get a few likes it’s a bad look.’

Another marketing insider said buying an ad on Instagram was an ‘industry joke’ because they were so ineffective. 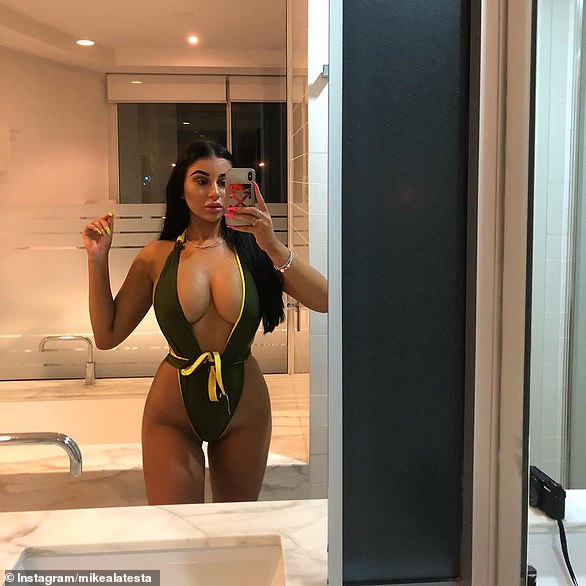 Instagrammer Mikaela Testa, who has fewer than 50,000 followers, went on an extraordinary tearful rant slamming Instagram’s ‘like’ ban as causing ‘real damage out here’

‘Instagram took so long to implement a viable algorithm that all these ‘influencers’ took it into their own hands,’ they said.

‘Instagram is a ‘likes-first’ platform and naturally, ads don’t get a lot of likes, which has the effect of making often reputable products appear fake or unpopular.’

Mr Levett said by hiding how many likes a post has, Instagram can level the playing field and take away ‘the barrier of social proof’ that gives advertisers pause.

Mr Levett said if Instagram was serious about mitigating the mental health impacts the platform had on users, it would instead implement the recommendations of a recent report by the British Royal Society for Public Health.