The best royal fashion moments of 2021

2022 was quite the momentous year for the monarchy, with Queen Elizabeth II celebrating her 70th year on the throne mere months before passing away at the age of 96 — bringing her historic reign to an end and making Prince William and Kate Middleton the new Prince and Princess of Wales.

Meanwhile, Meghan Markle and Prince Harry jetted from Montecito to the Netherlands for the Invictus Games, and even returned to the UK for Her Majesty’s Platinum Jubilee.

And per usual, the royals captured our attention with their choice of looks for all these engagements.

From Kate’s first time wearing a tiara as a princess to Meghan’s nod to Diana at the Ripple of Hope Gala, below are the 10 best royal fashion moments of 2022. 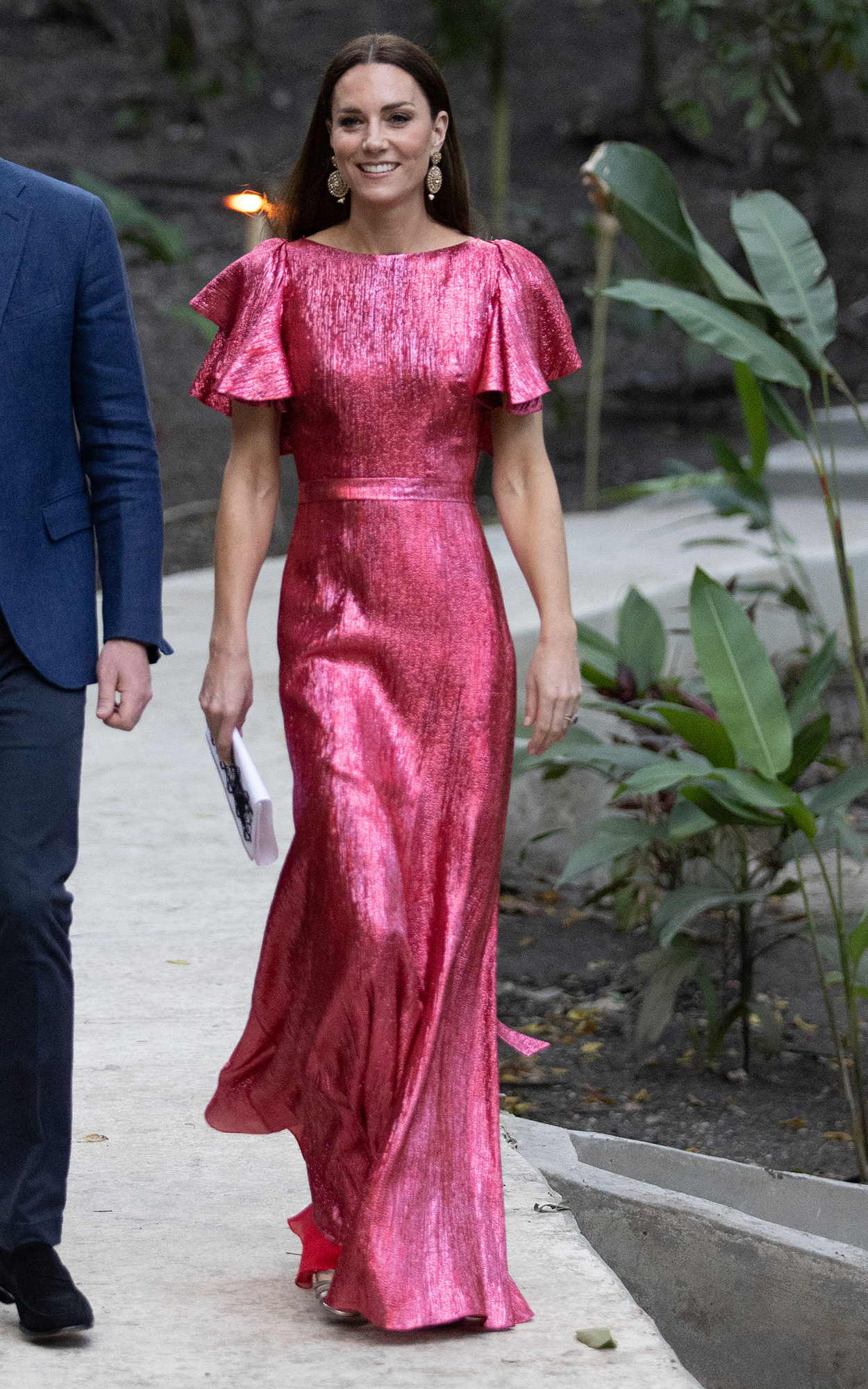 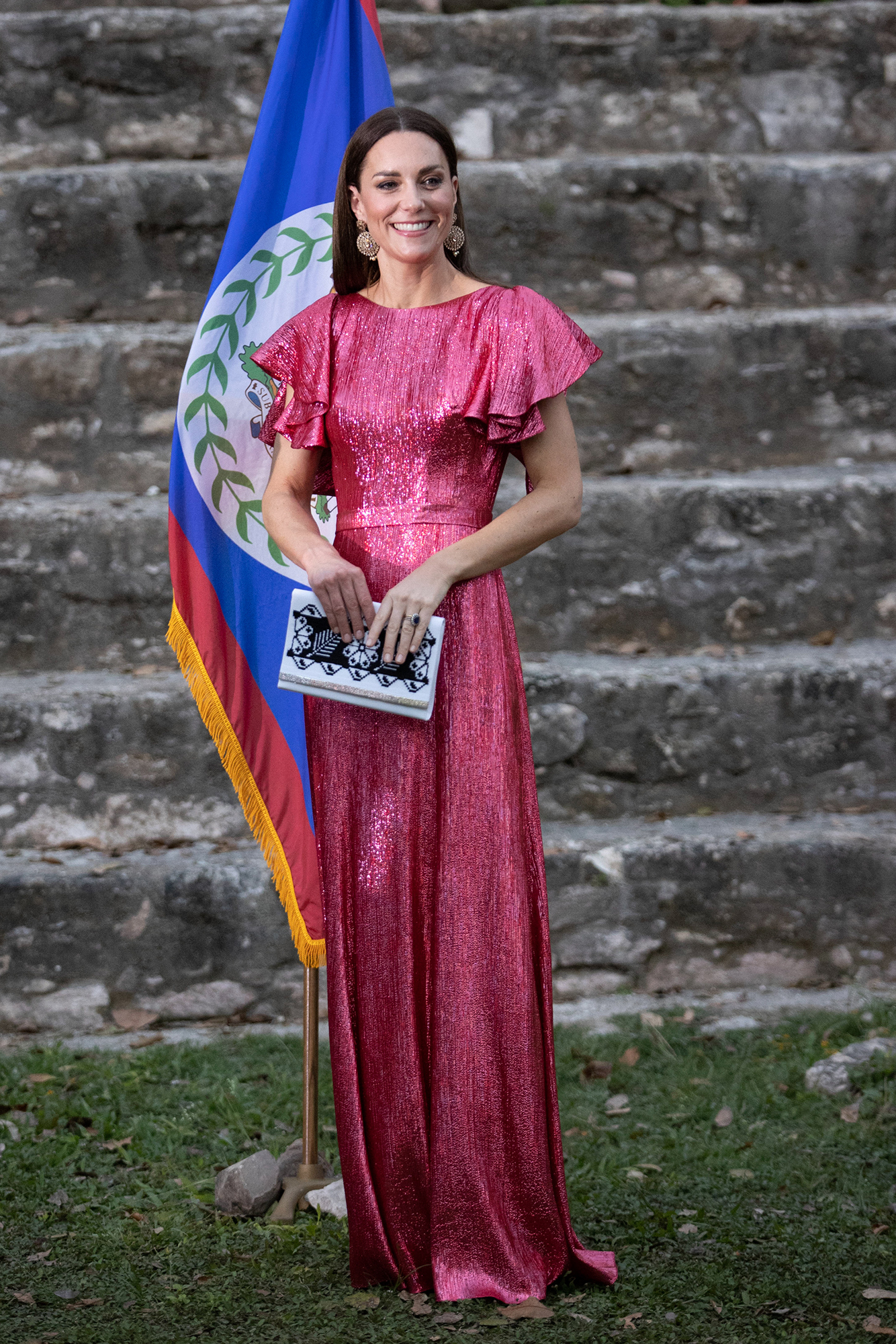 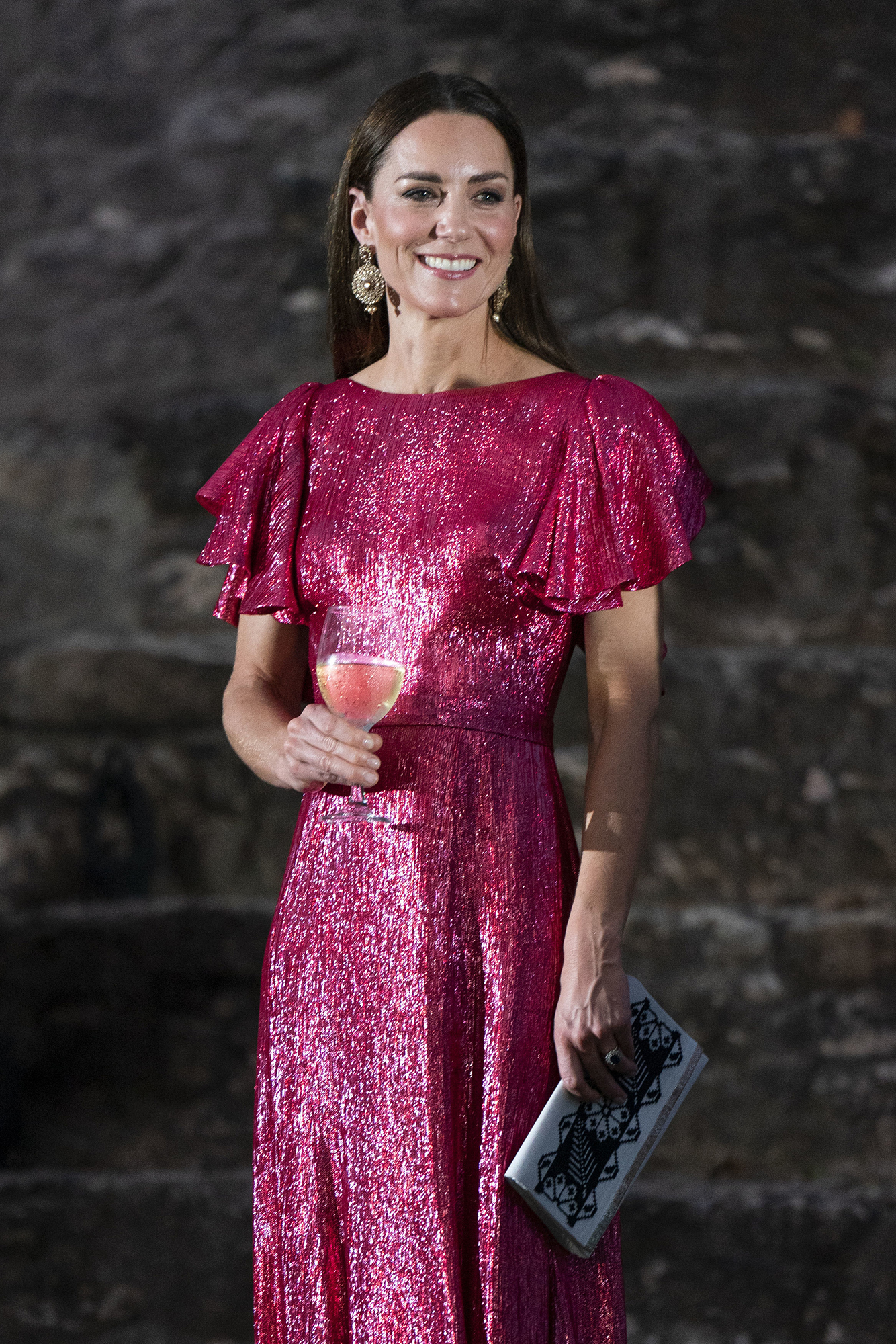 During her royal tour of the Caribbean with Prince William in March, the Princess of Wales picked a shimmering pink gown by The Vampire’s Wife for a reception in Belize. The celeb-loved label is also behind the emerald cocktail dress Kate wore during a 2020 trip to Ireland — which was later immortalized in her first official portrait with the Prince of Wales. 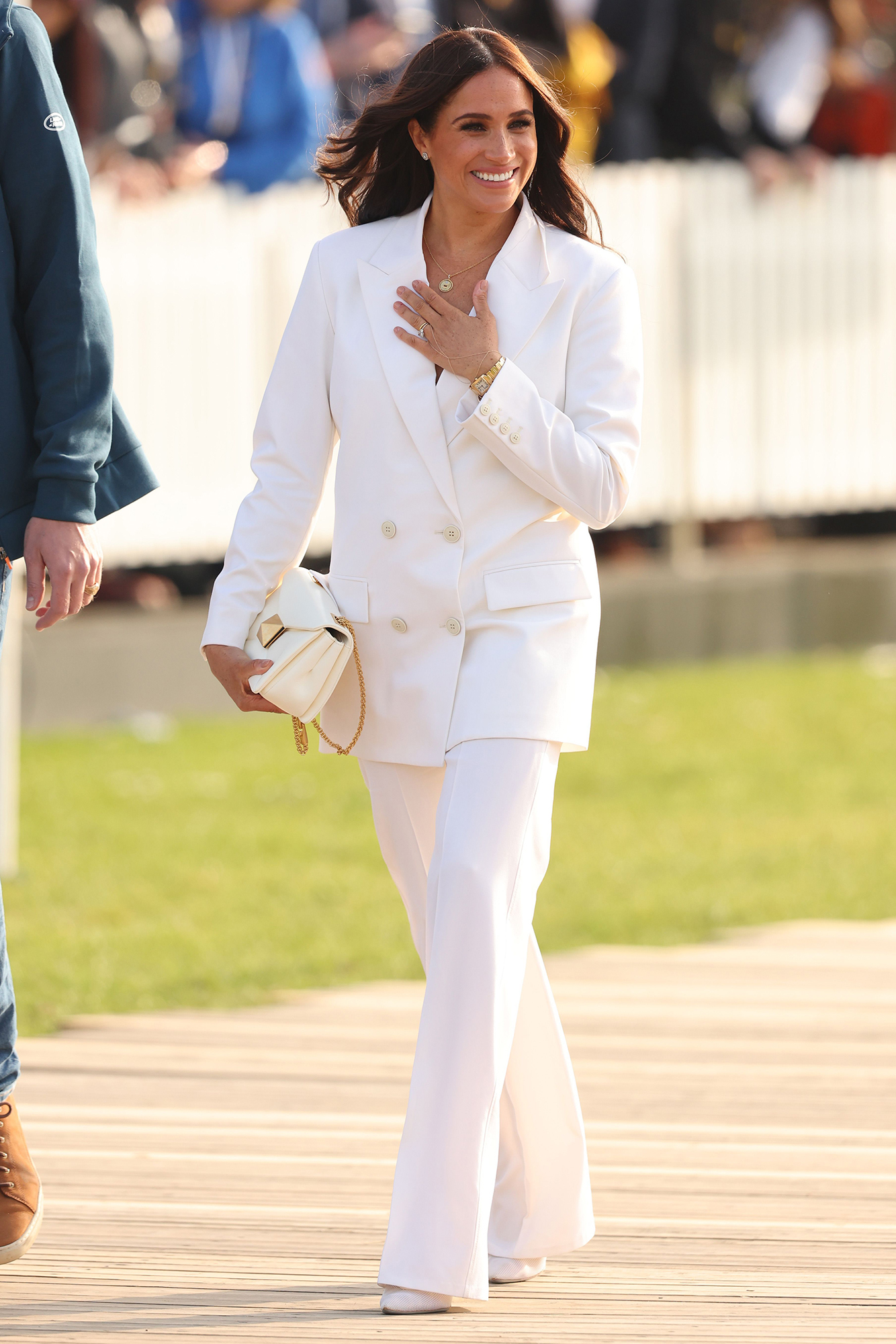 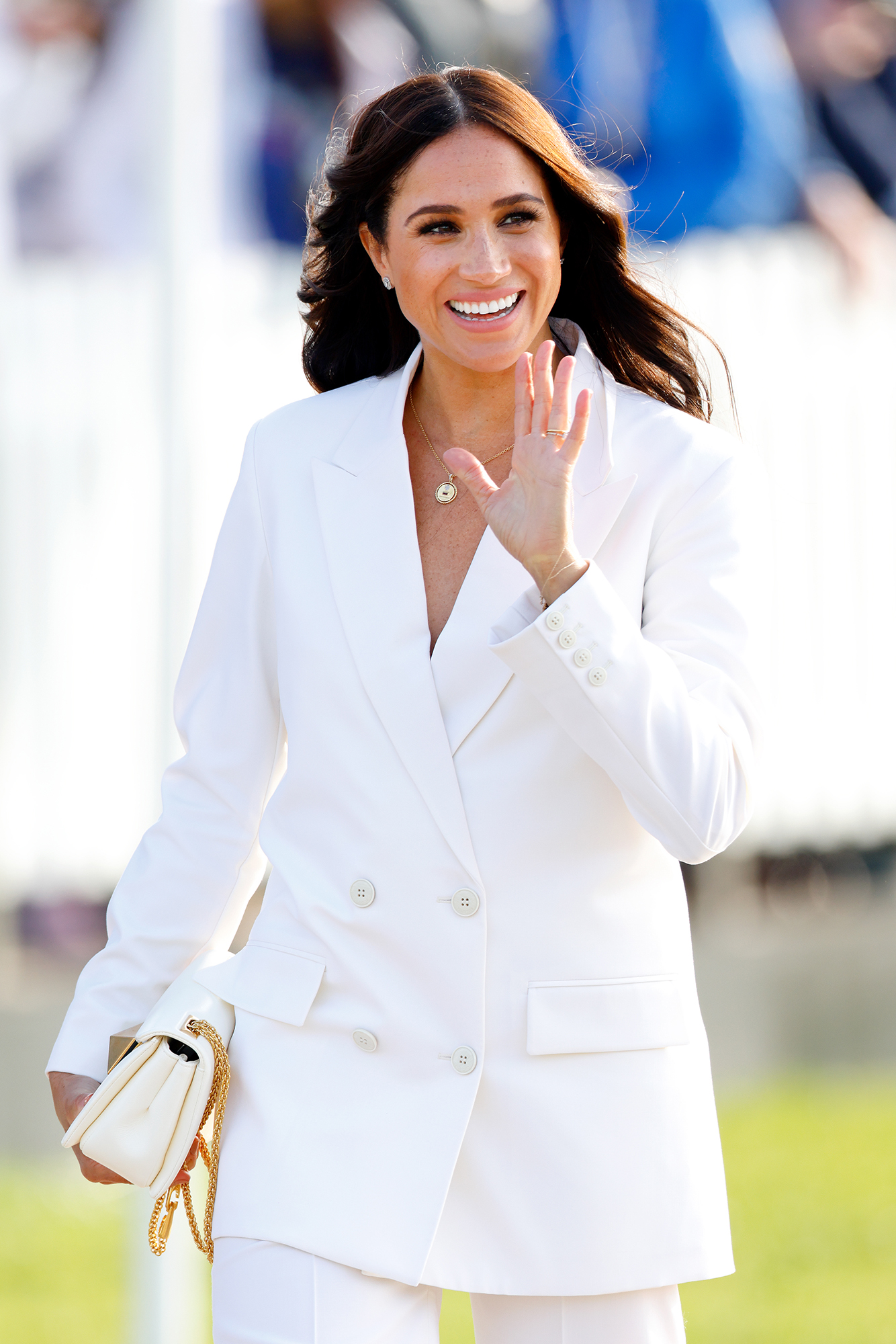 The onetime “Suits” star suited up in bright white, double-breasted Valentino ahead of the 2022 Invictus Games in the Netherlands in April, accessorizing with a delicate Catbird hand bracelet ($238), her beloved gold Cartier Tank watch and a Sophie Lis Love Pendant ($366) engraved with “+ qu’hier” (“more than yesterday”) and “- que demain” (“less than tomorrow”). 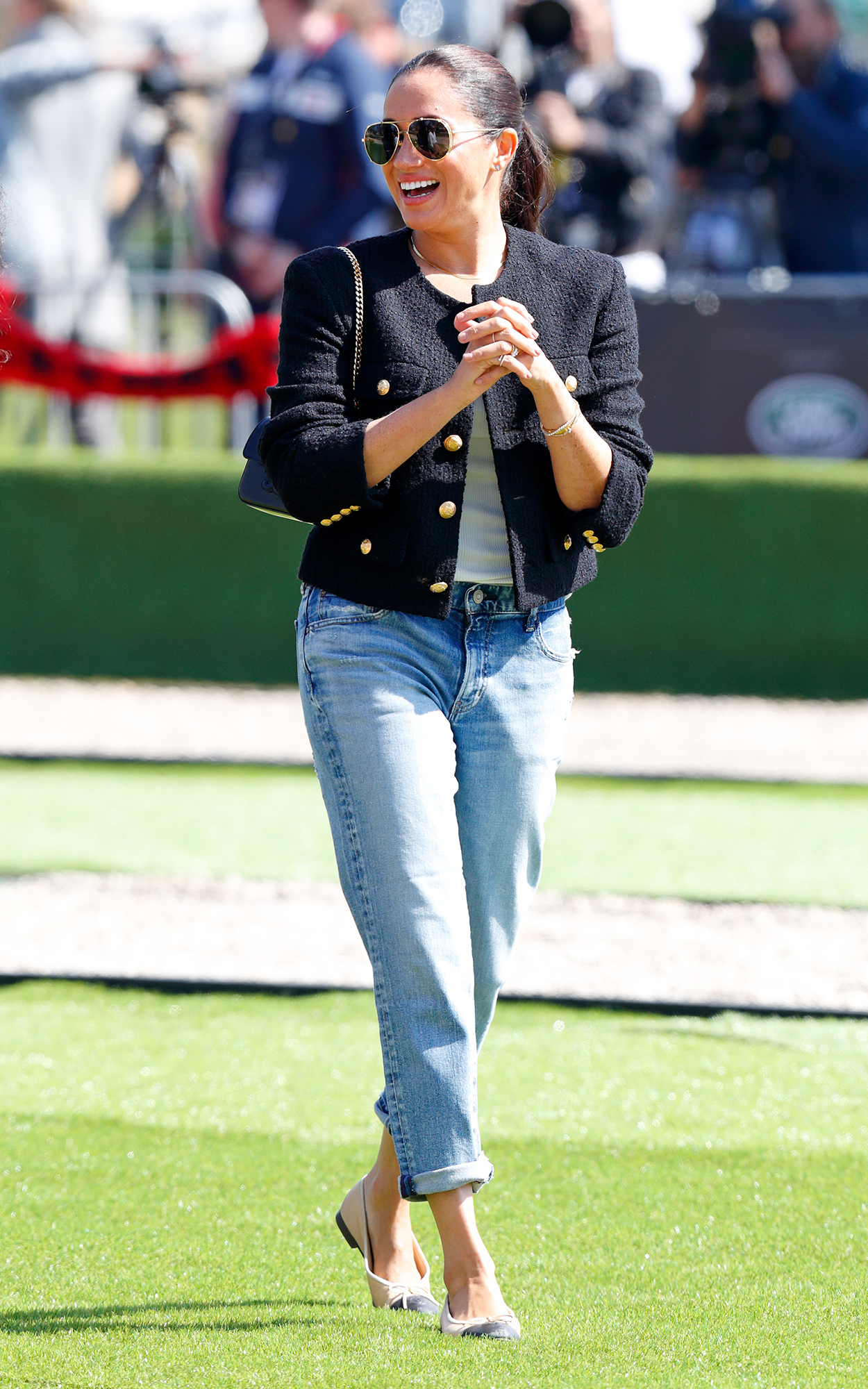 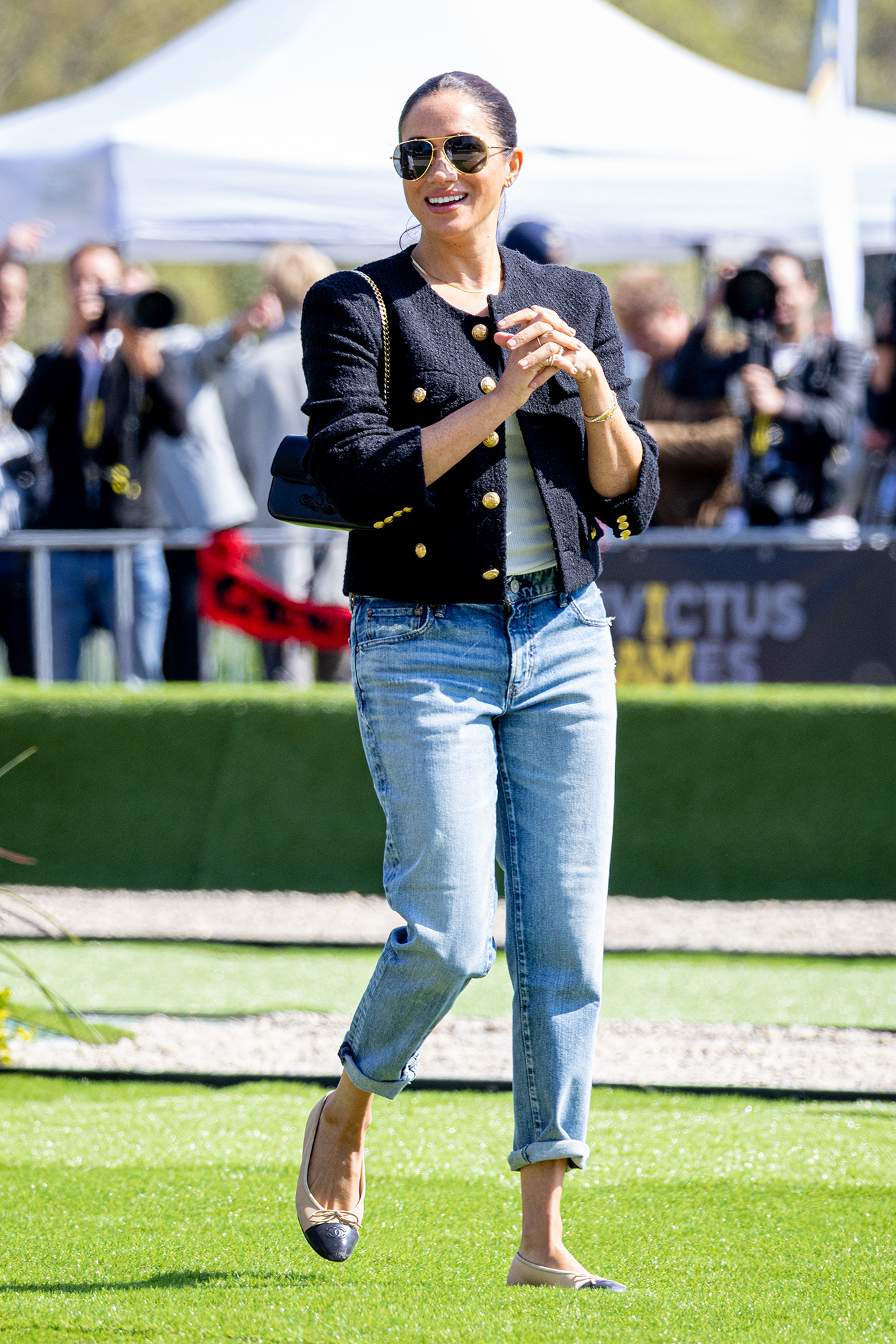 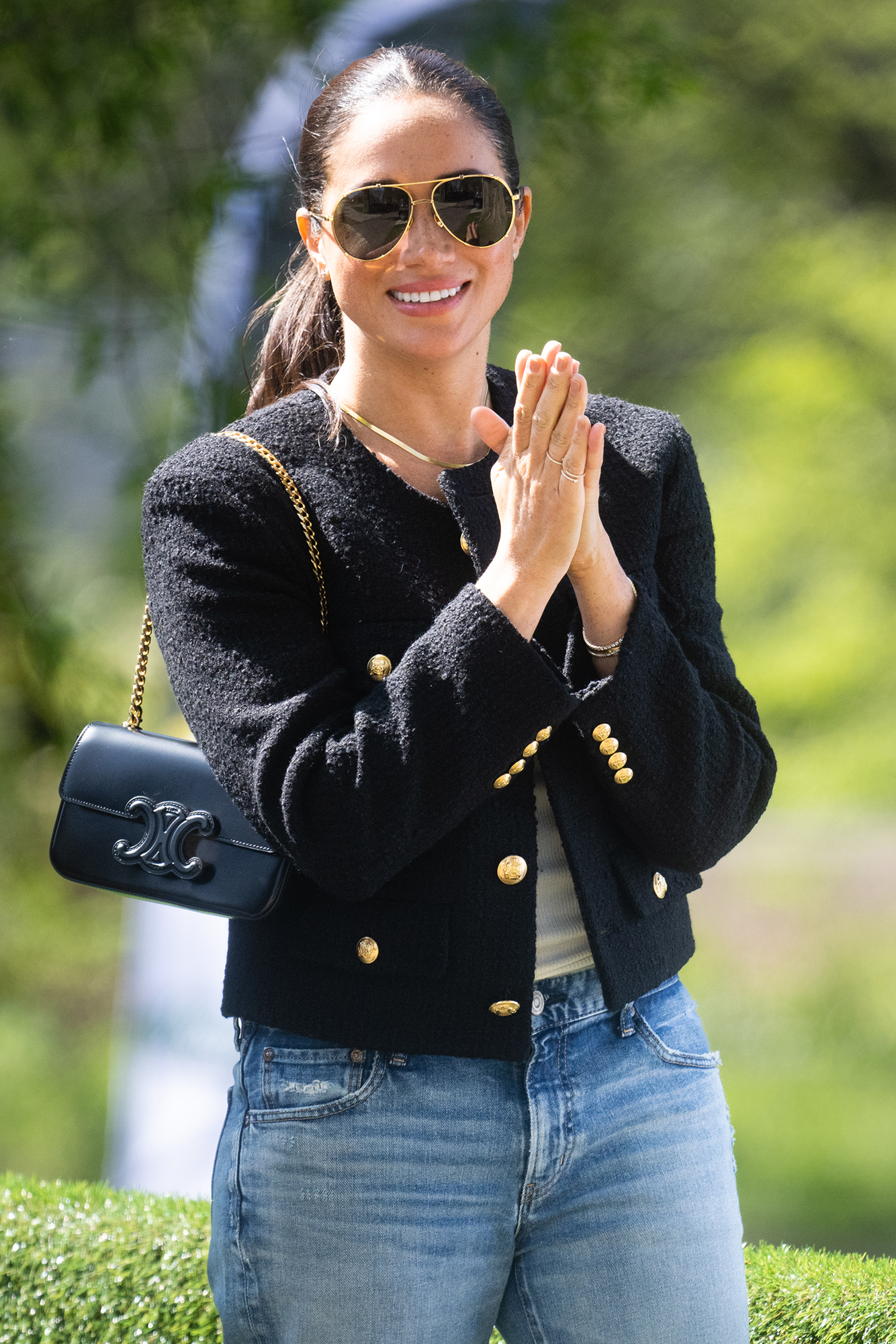 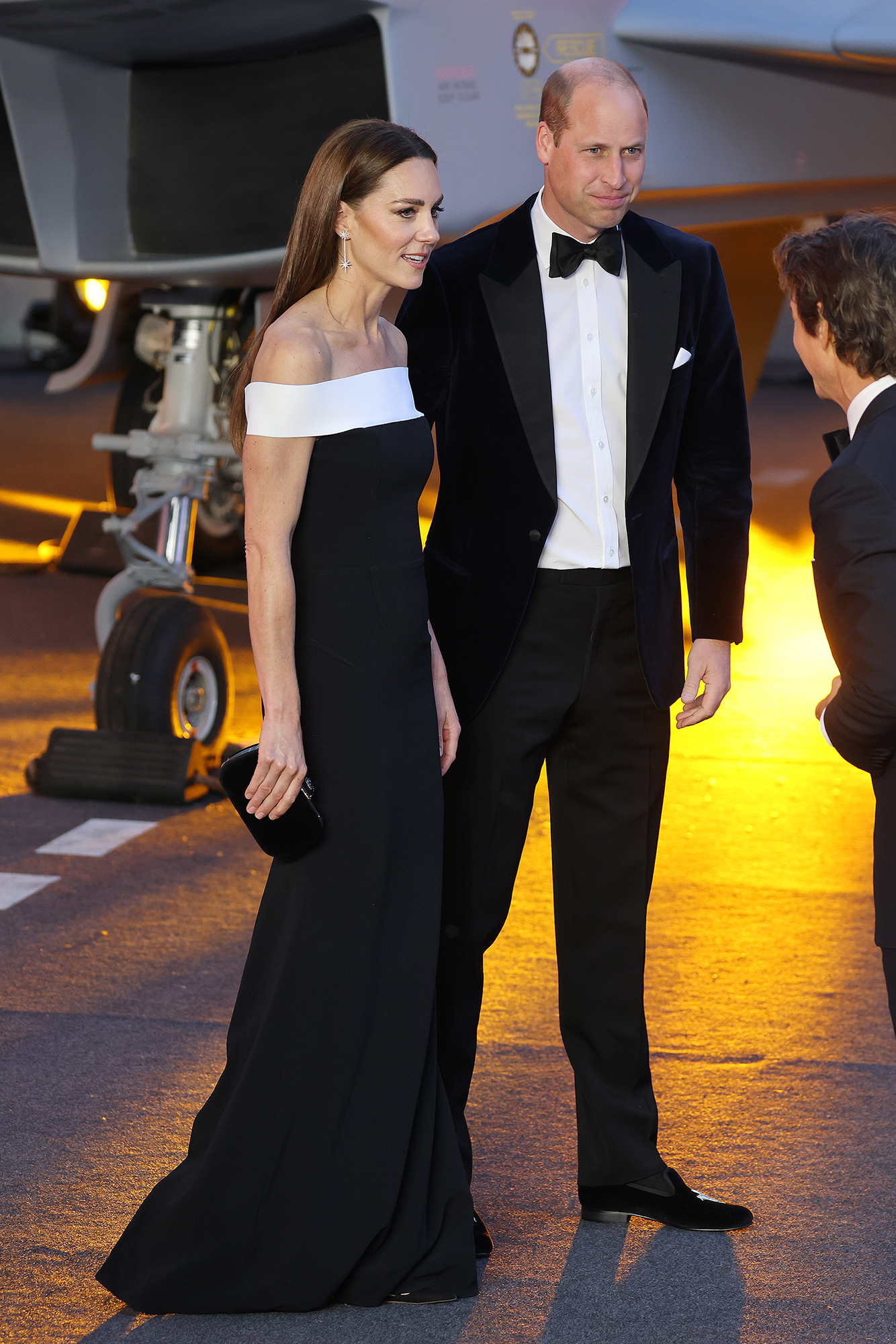 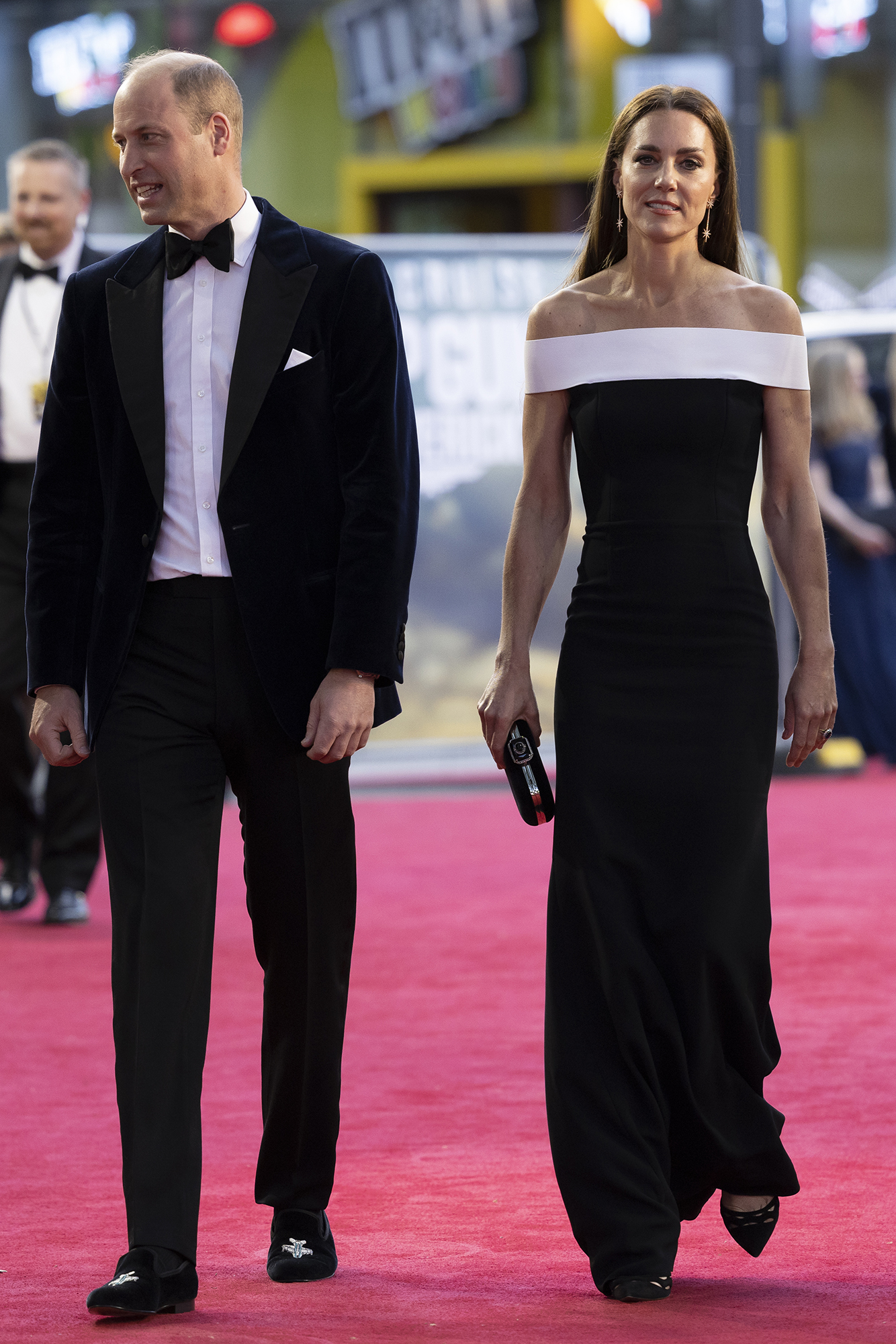 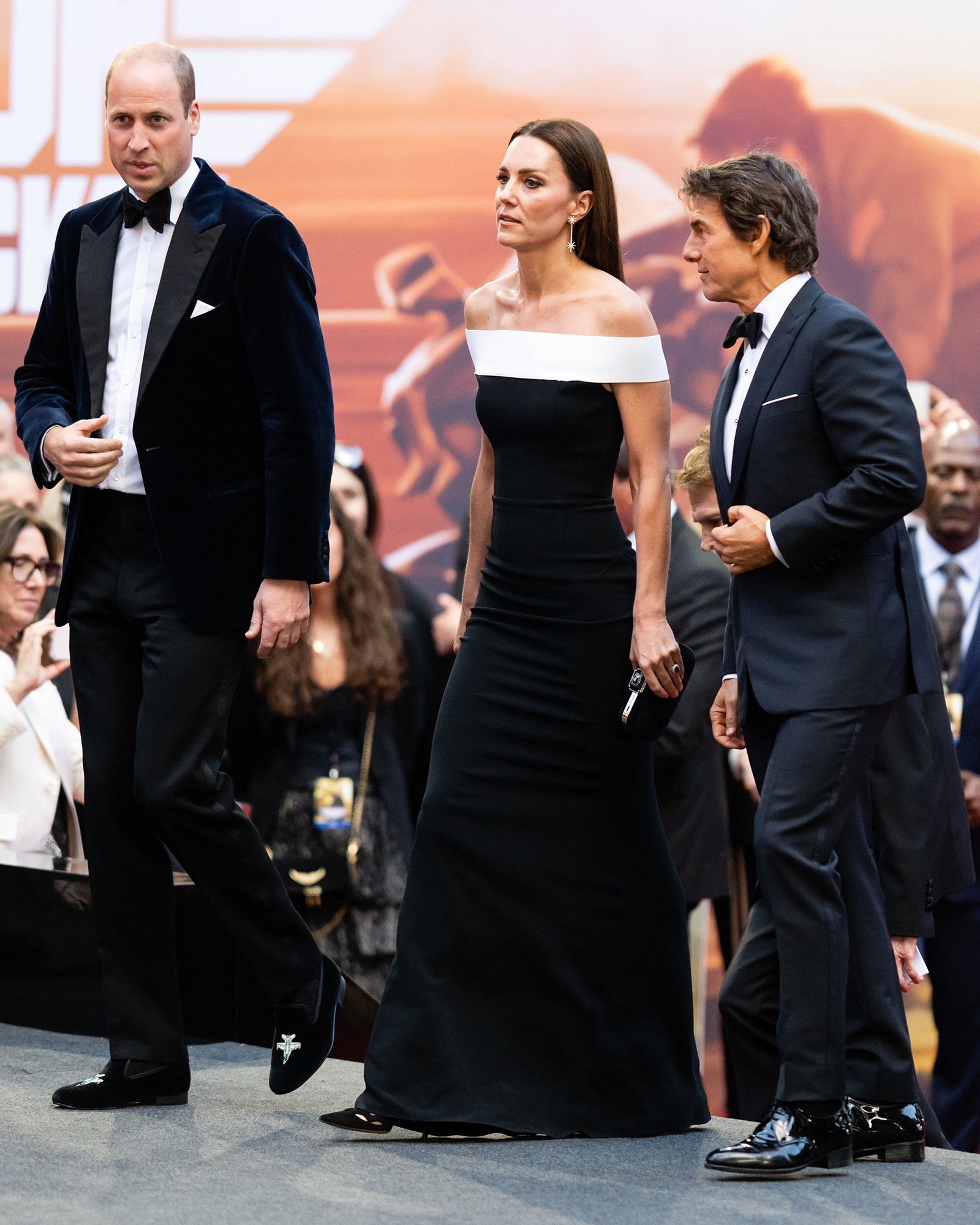 All eyes were on Kate in this off-the-shoulder Roland Mouret gown at the May premiere of “Top Gun: Maverick” in London, which the princess paired with sleek center-parted hair, an Alexander McQueen clutch and starry Robinson Pelham drop earrings.

After the Duchess of Sussex stepped out in a similar black-and-white jumpsuit by Gabriela Hearst a few months later, royal fans couldn’t help but compare the two looks. 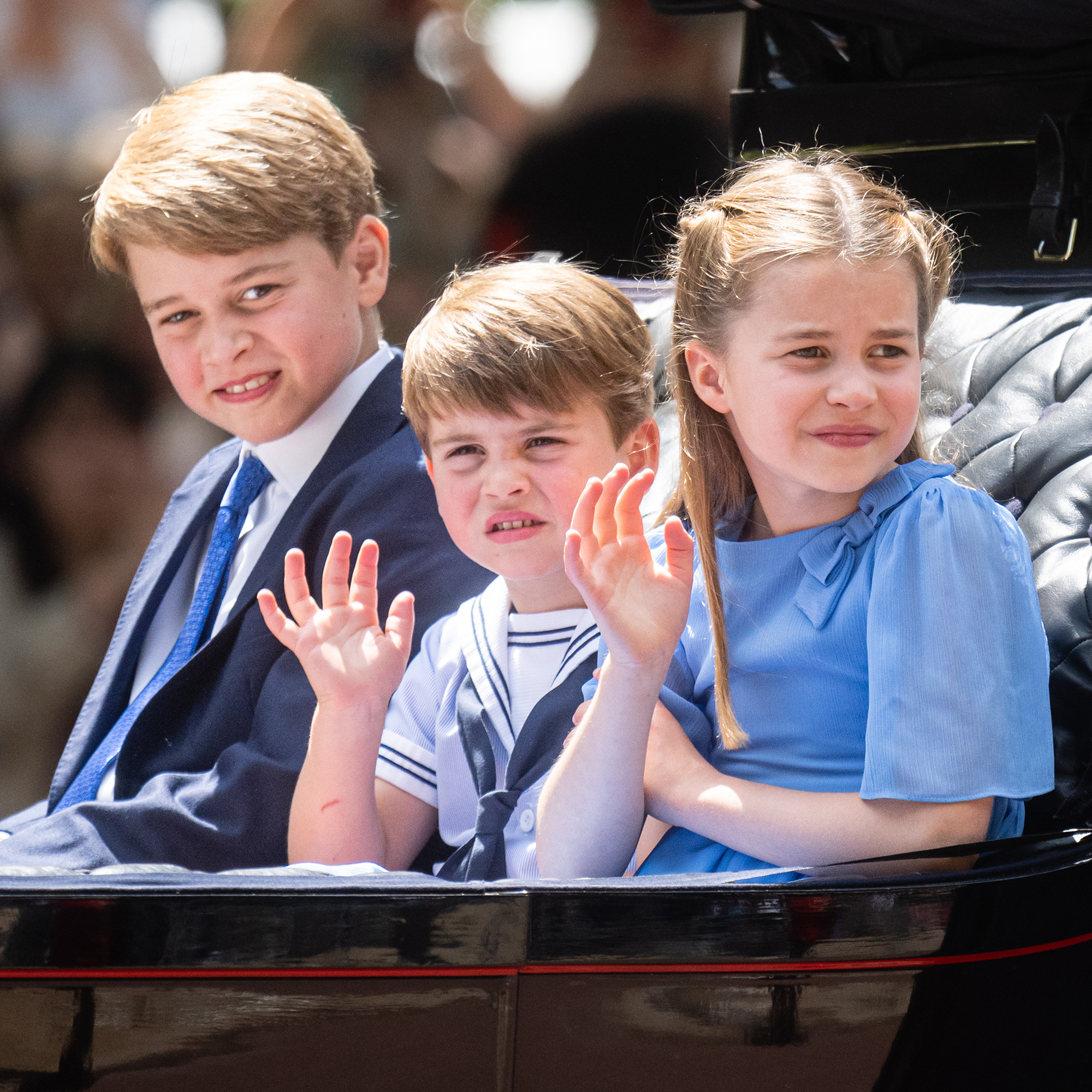 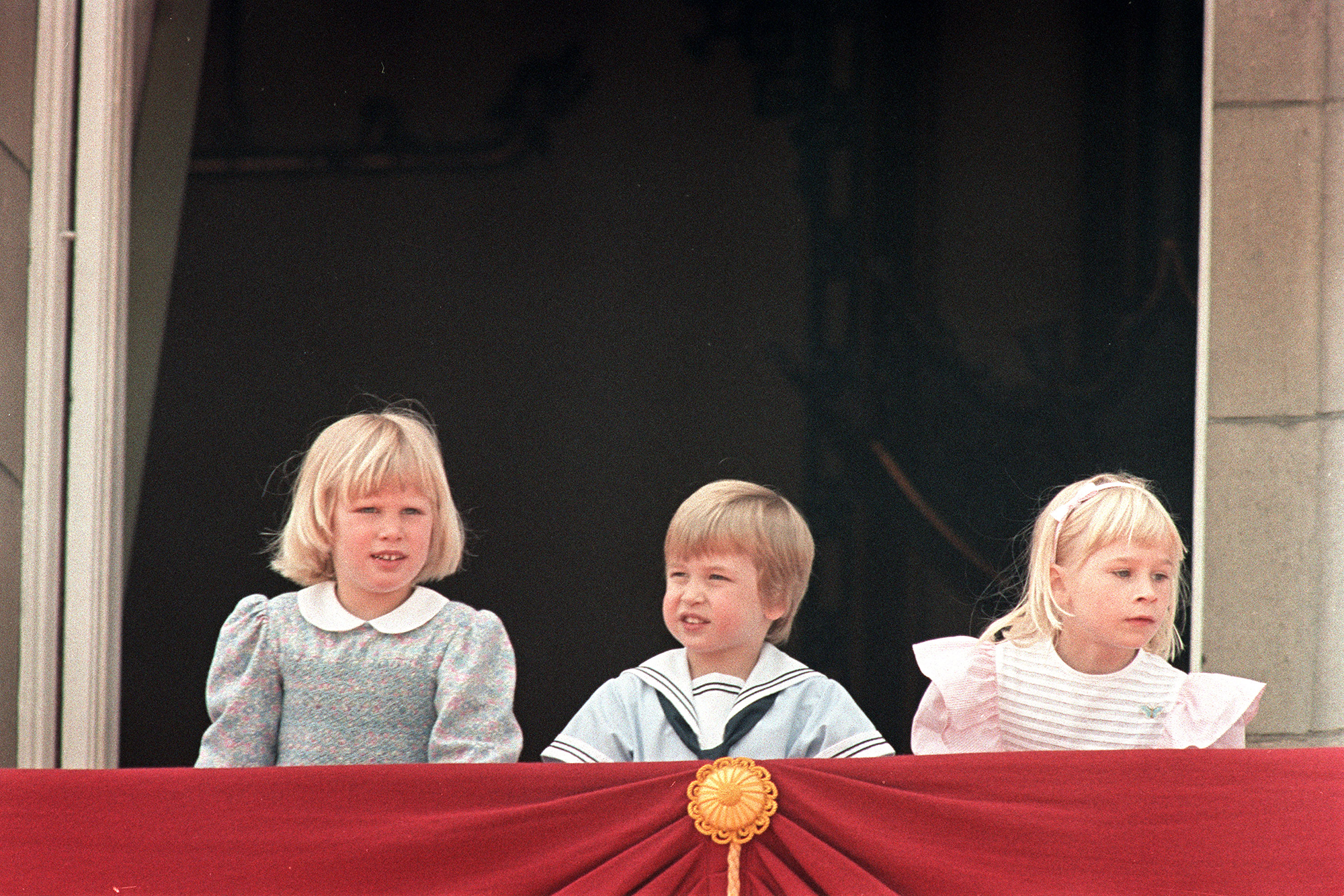 Even royals wear secondhand styles! Prince Louis stole the show at Queen Elizabeth II’s Platinum Jubilee in June with his funny faces — and his familiar-looking outfit, a pint-sized sailor suit first worn by his father, Prince William, in 1985. 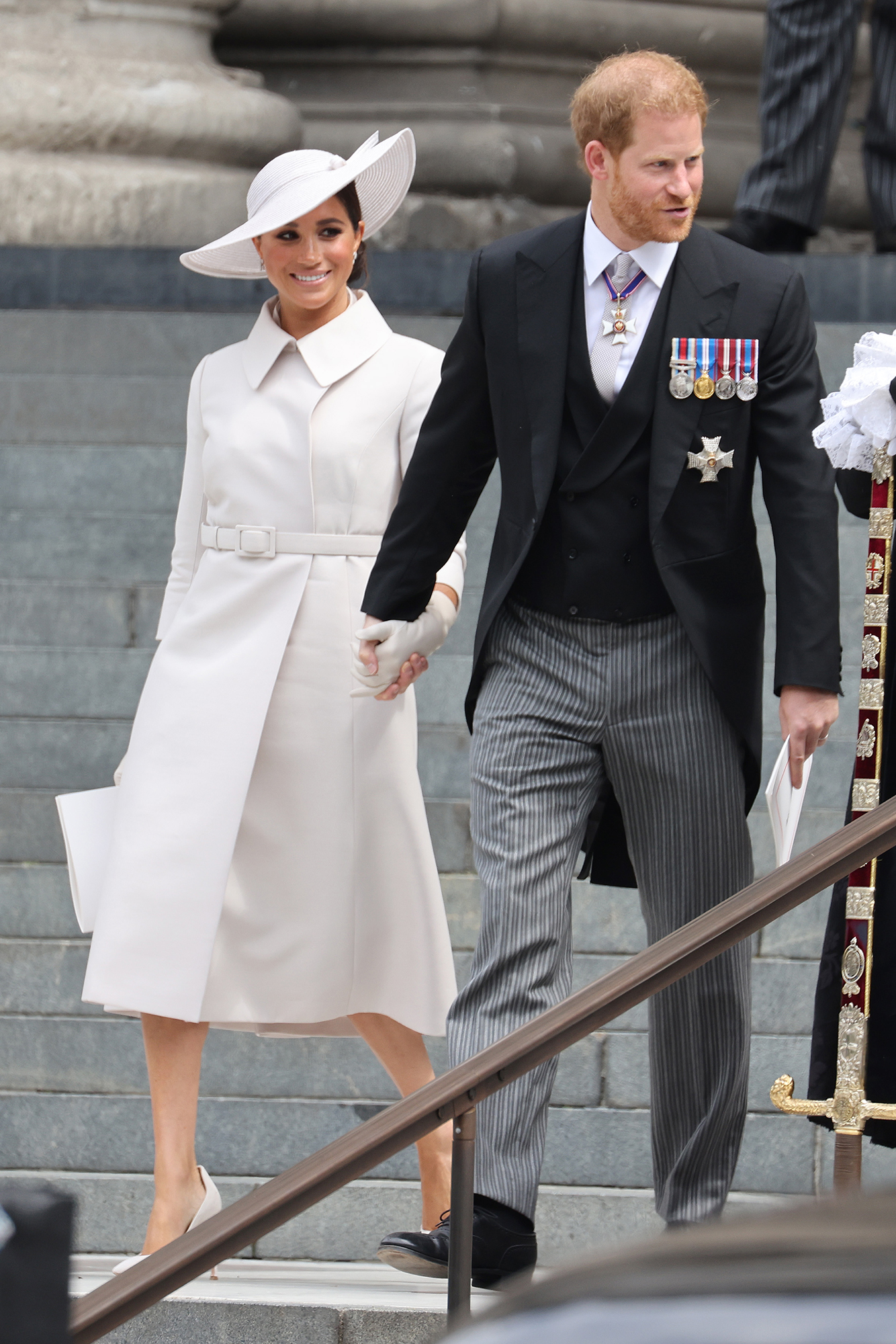 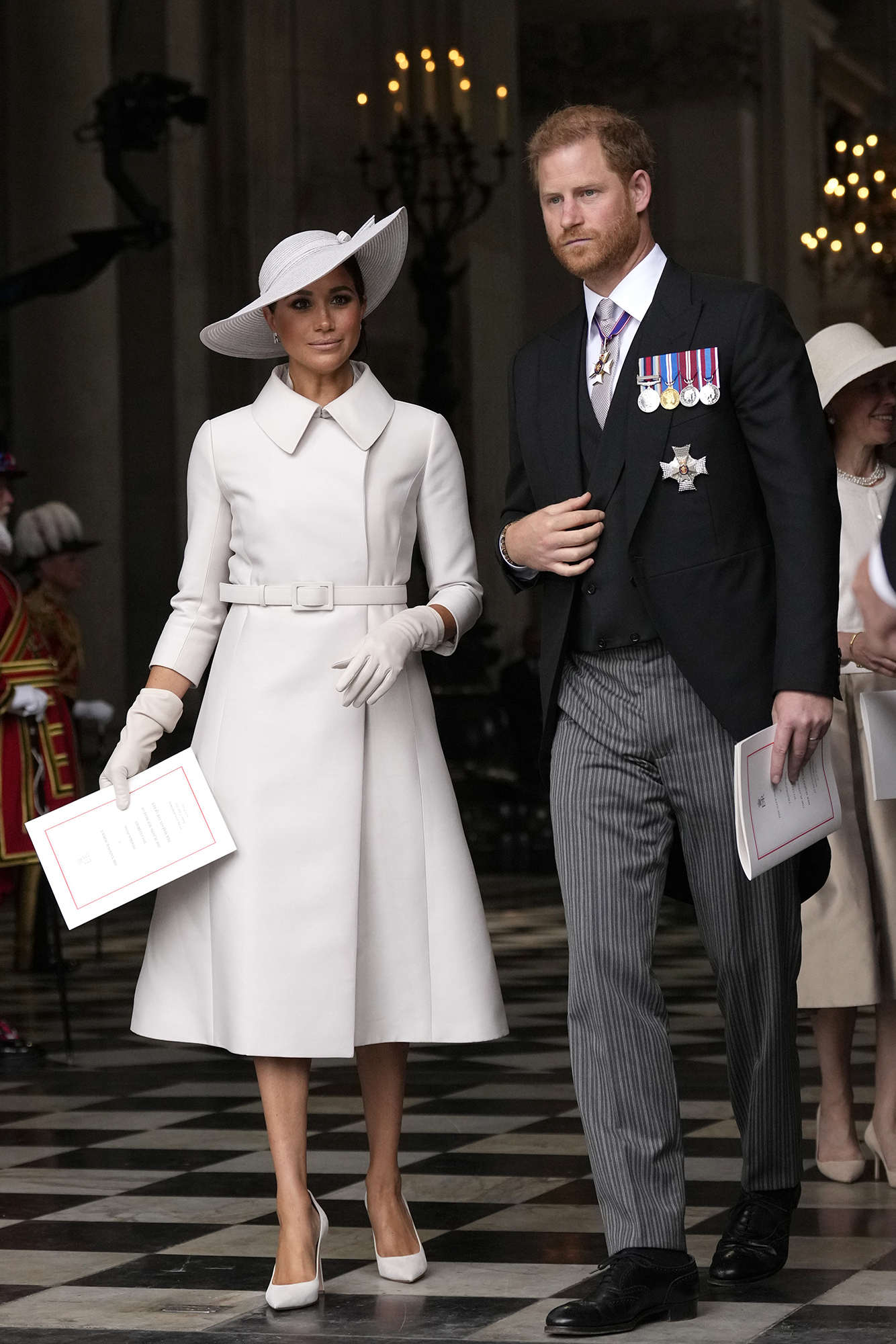 Also in attendance during the Queen’s Platinum Jubilee was Meghan Markle, who looked marvelous in an all-white Dior Haute Couture look that paid homage to Princess Diana, famously one of the fashion house’s biggest fans.

While she wasn’t photographed with it, the Duchess of Sussex was even said to have carried her own version of the Lady Dior bag, a style that was renamed in honor of the late Princess of Wales in the ’90s. 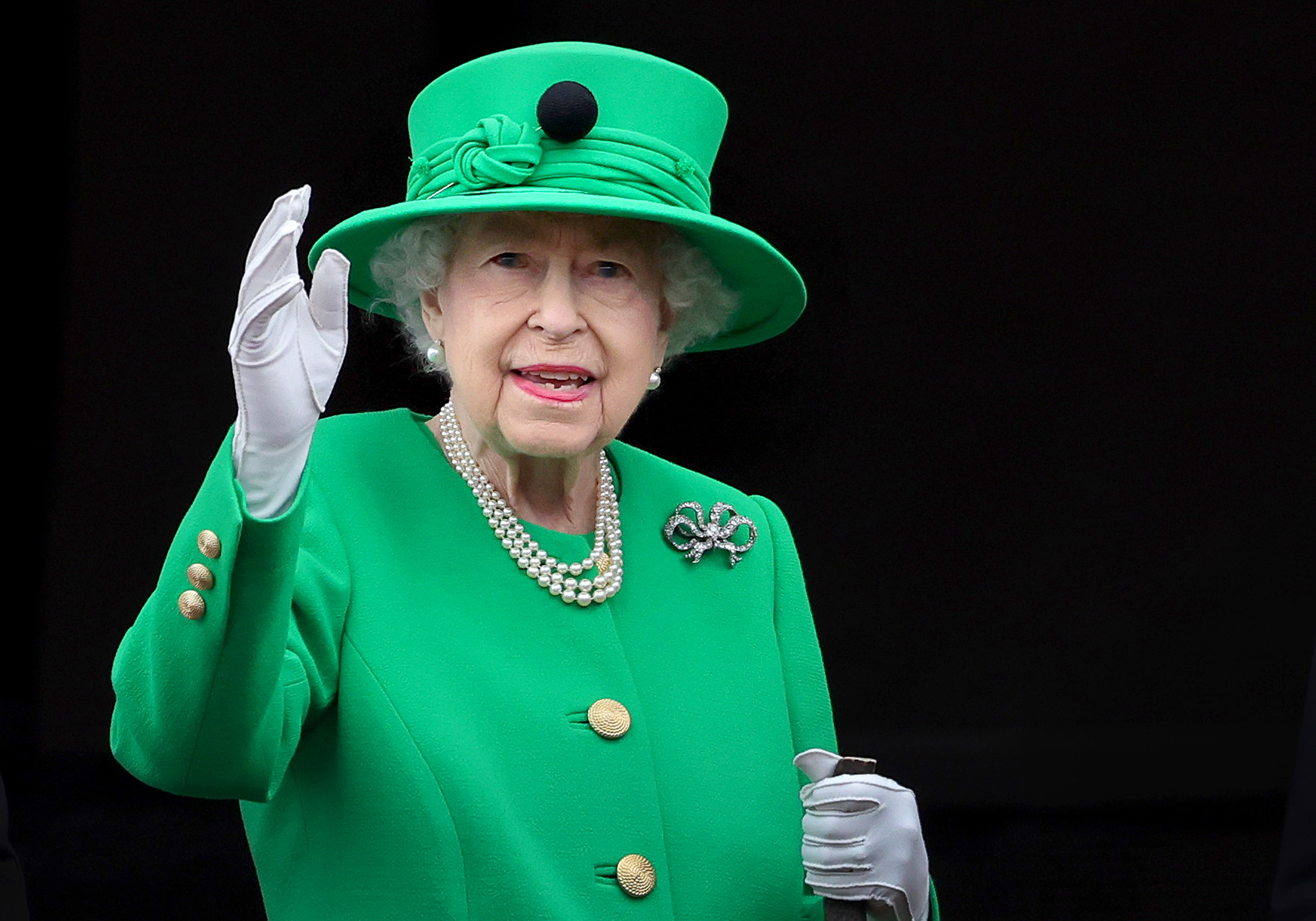 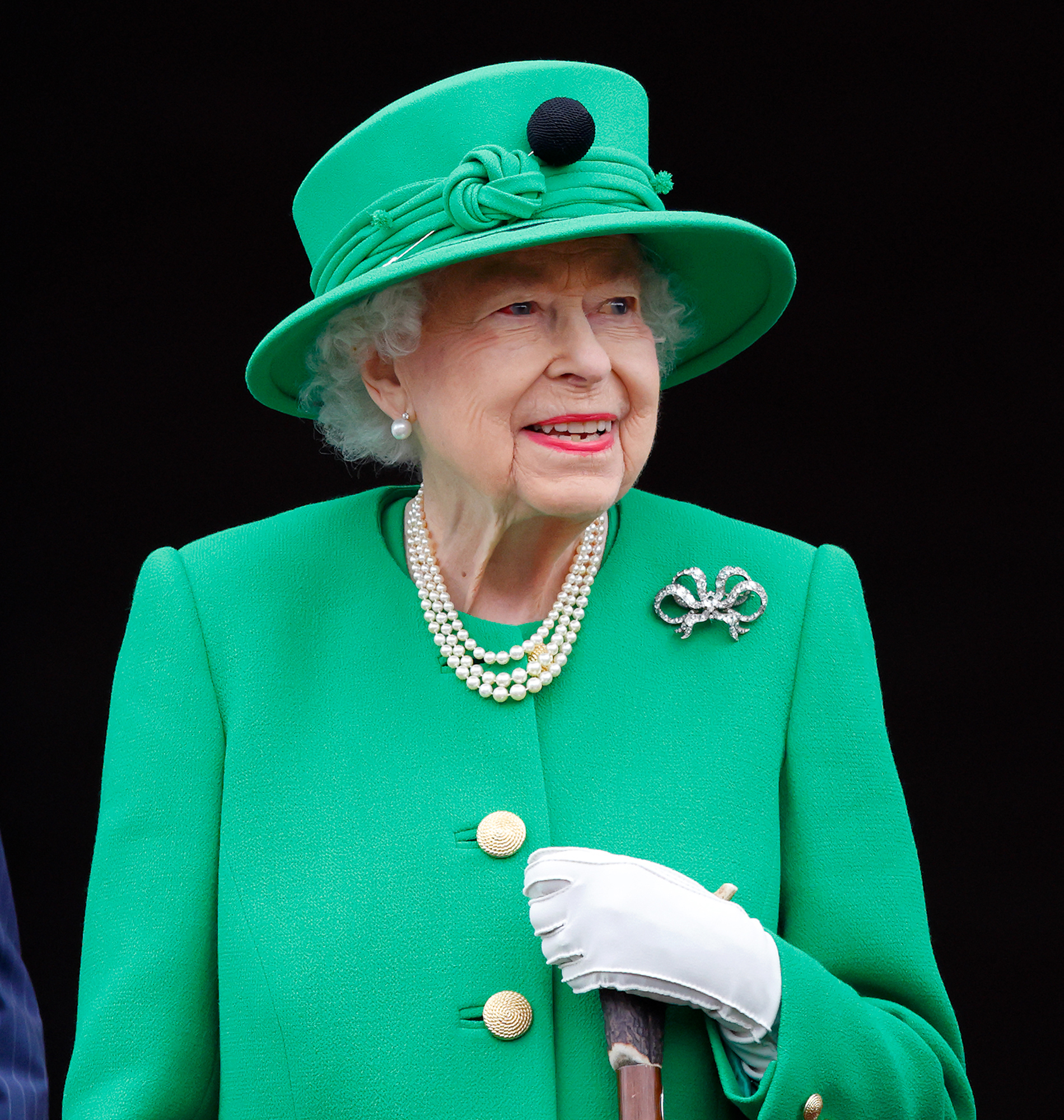 Her Majesty made a surprise appearance on the Buckingham Palace balcony during her Jubilee festivities, wearing a Stewart Parvin dress and coat in a vibrant shade of green — famously the favorite color of her late husband, Prince Philip, who died in 2021.

The Queen also honored her dearly departed spouse by wearing a prominent black pin on her Rachel Trevor Morgan hat, believed to be a symbol of mourning. 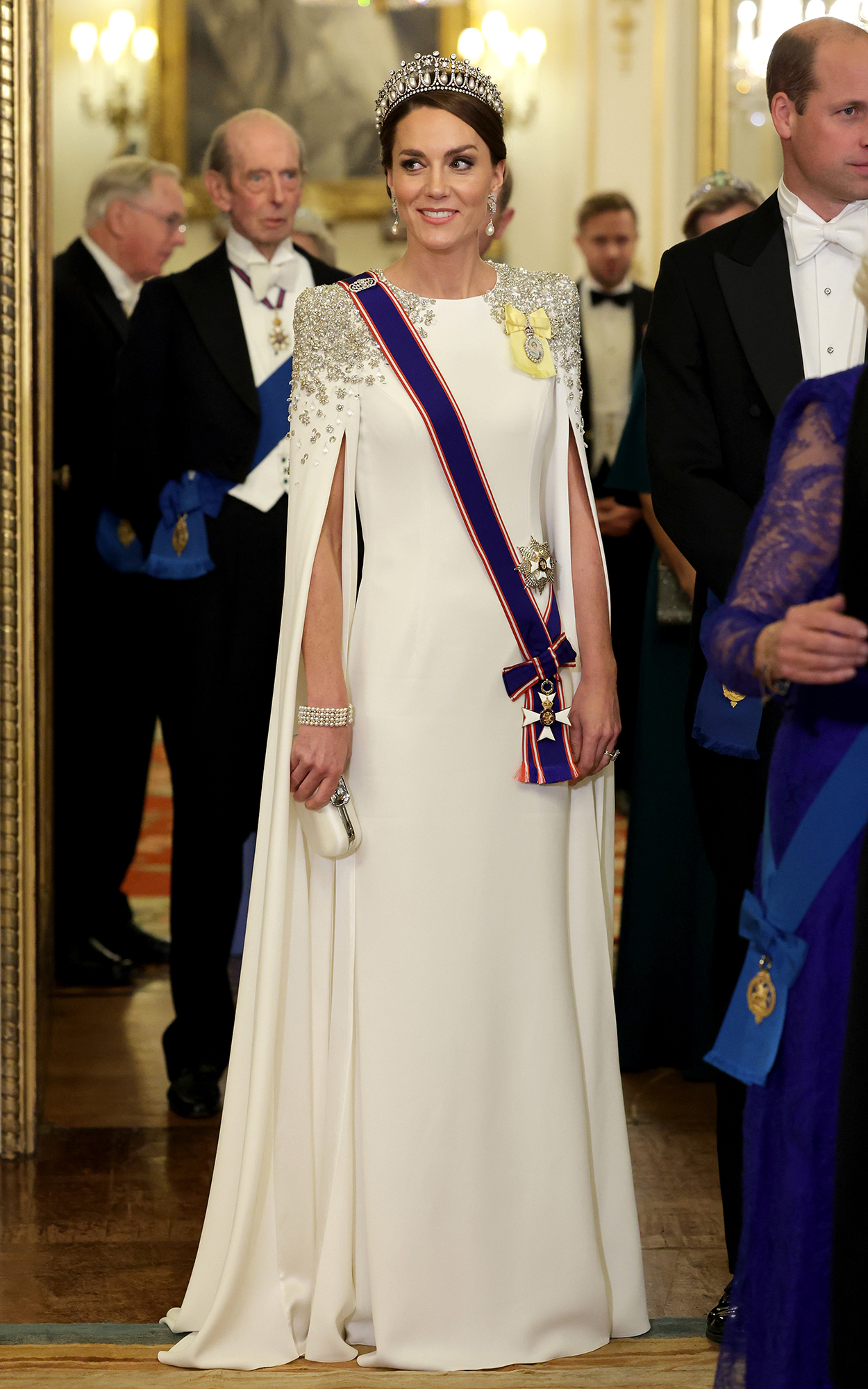 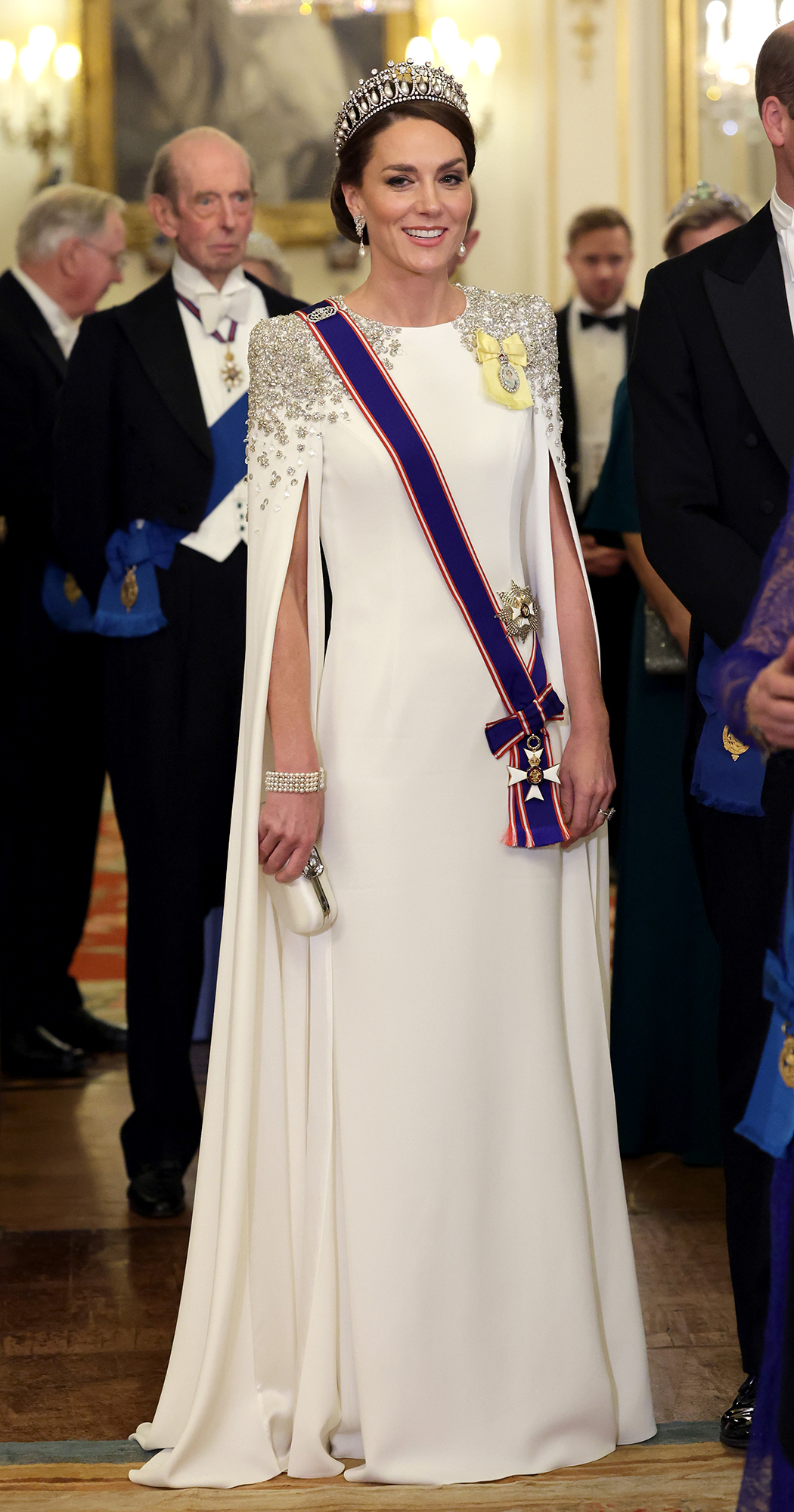 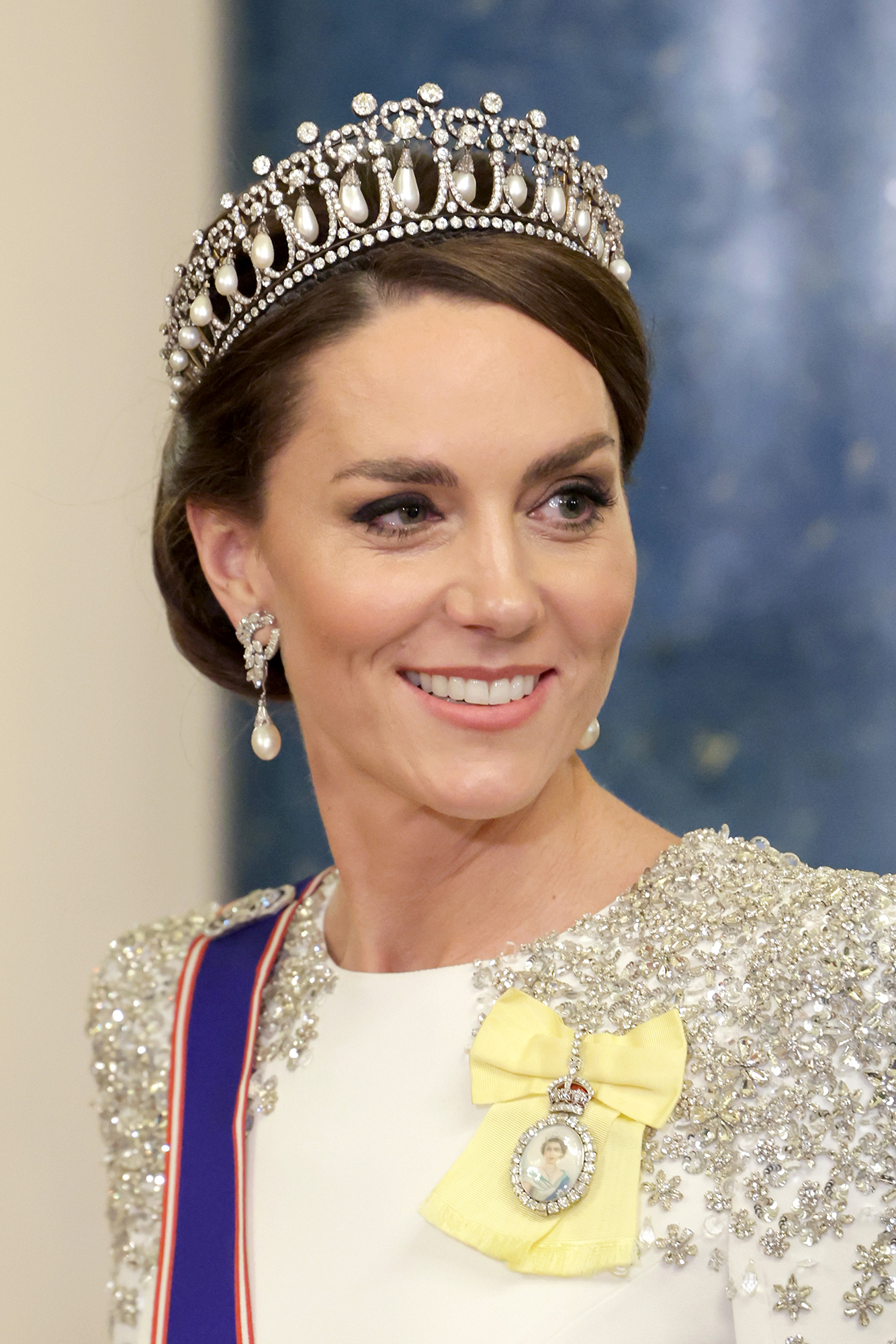 Marking her first time donning a tiara as the Princess of Wales, Kate selected the Lover’s Knot headpiece — a favorite of Diana’s — for a state banquet to welcome President Cyril Ramaphosa of South Africa in November.

The royal paired the pearl-adorned accessory with a white Jenny Packham gown featuring a sleek cape and plenty of embellishment, along with a pearl bracelet and earrings once owned by Queen Elizabeth and Princess Diana, respectively. 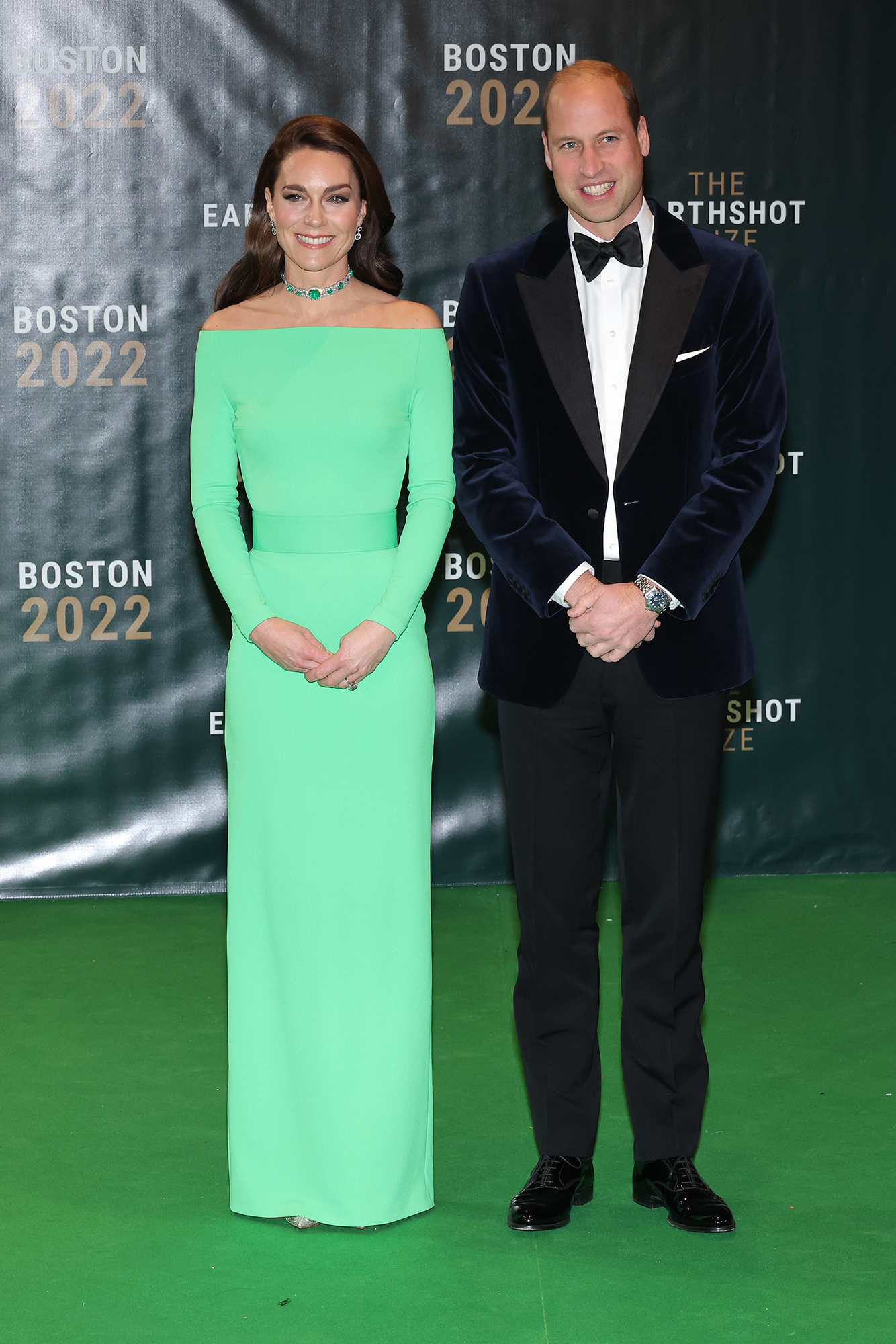 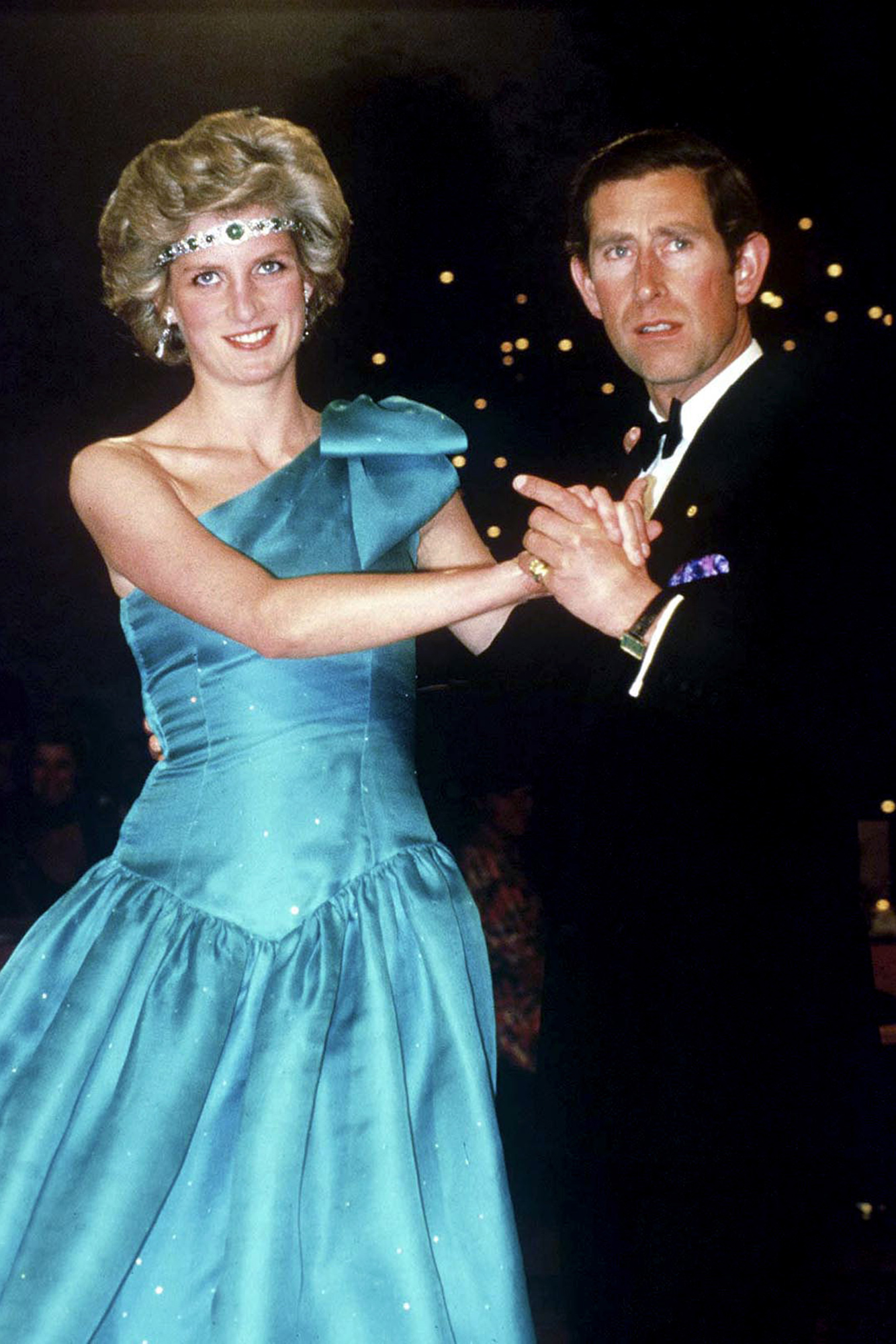 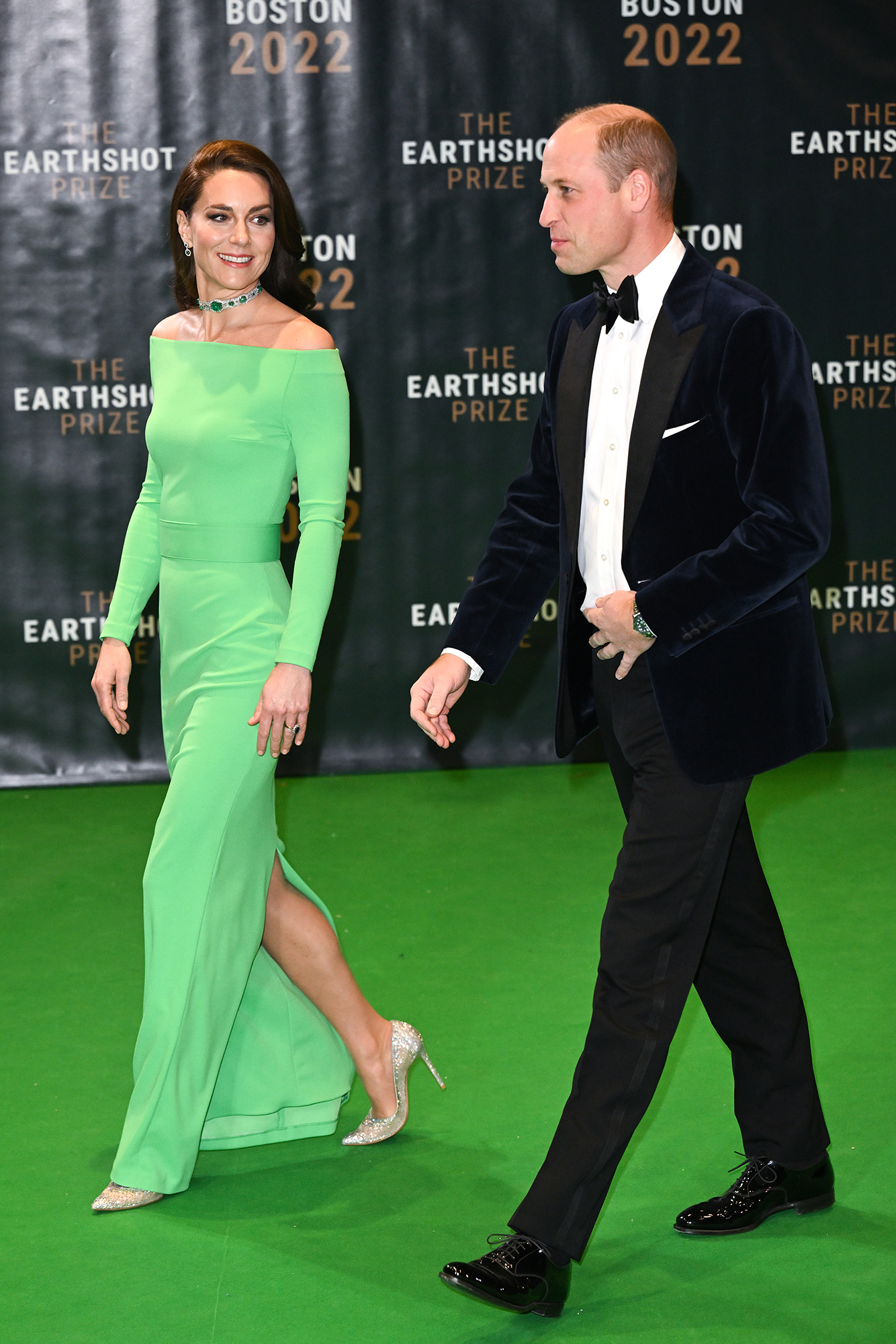 The princess rented her look for December’s environmentally-minded Earthshot Prize ceremony in Boston, styling her bright green Solace London gown with Diana’s emerald-and-diamond choker — a rarely-seen style the late royal famously wore as a headband in 1985. 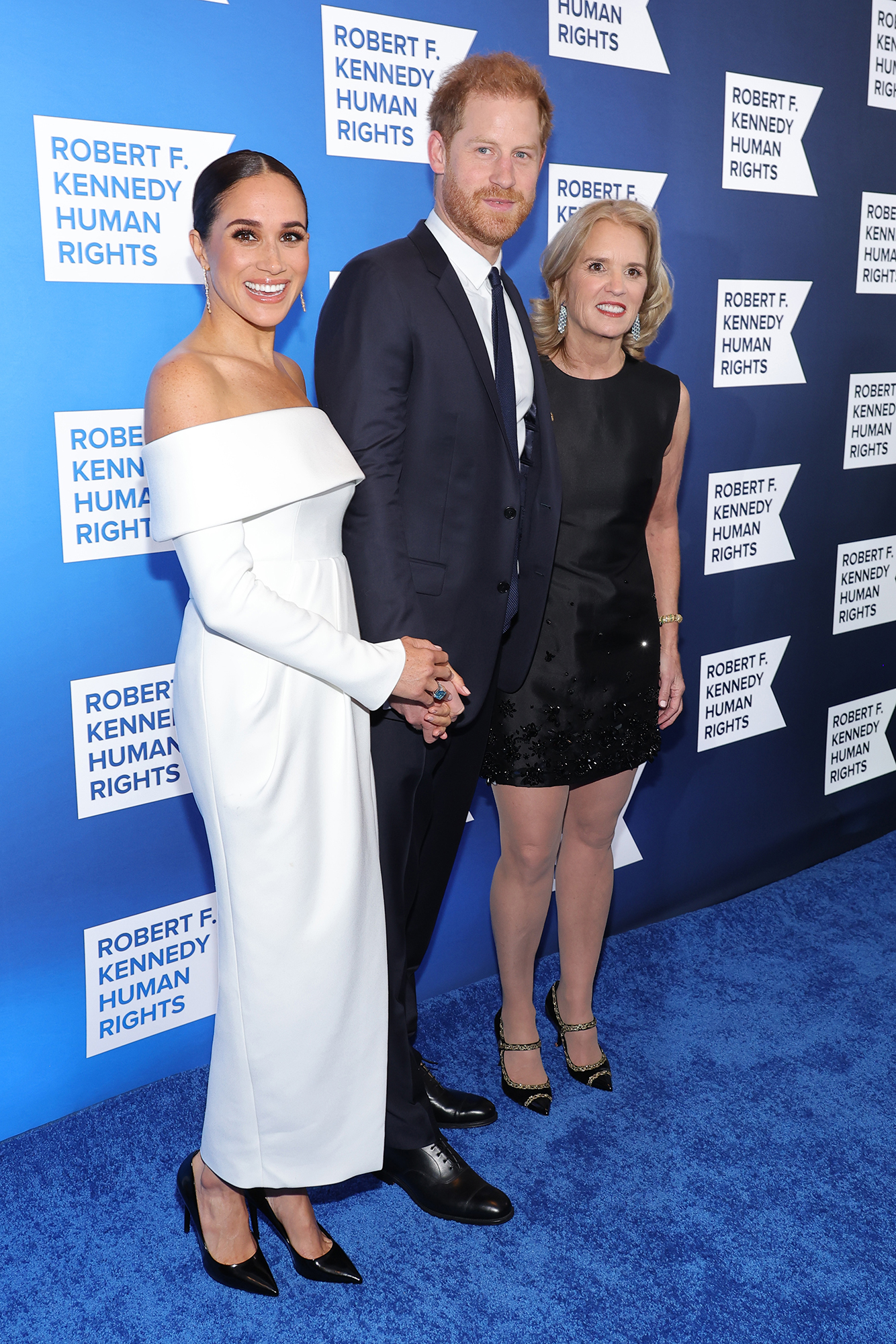 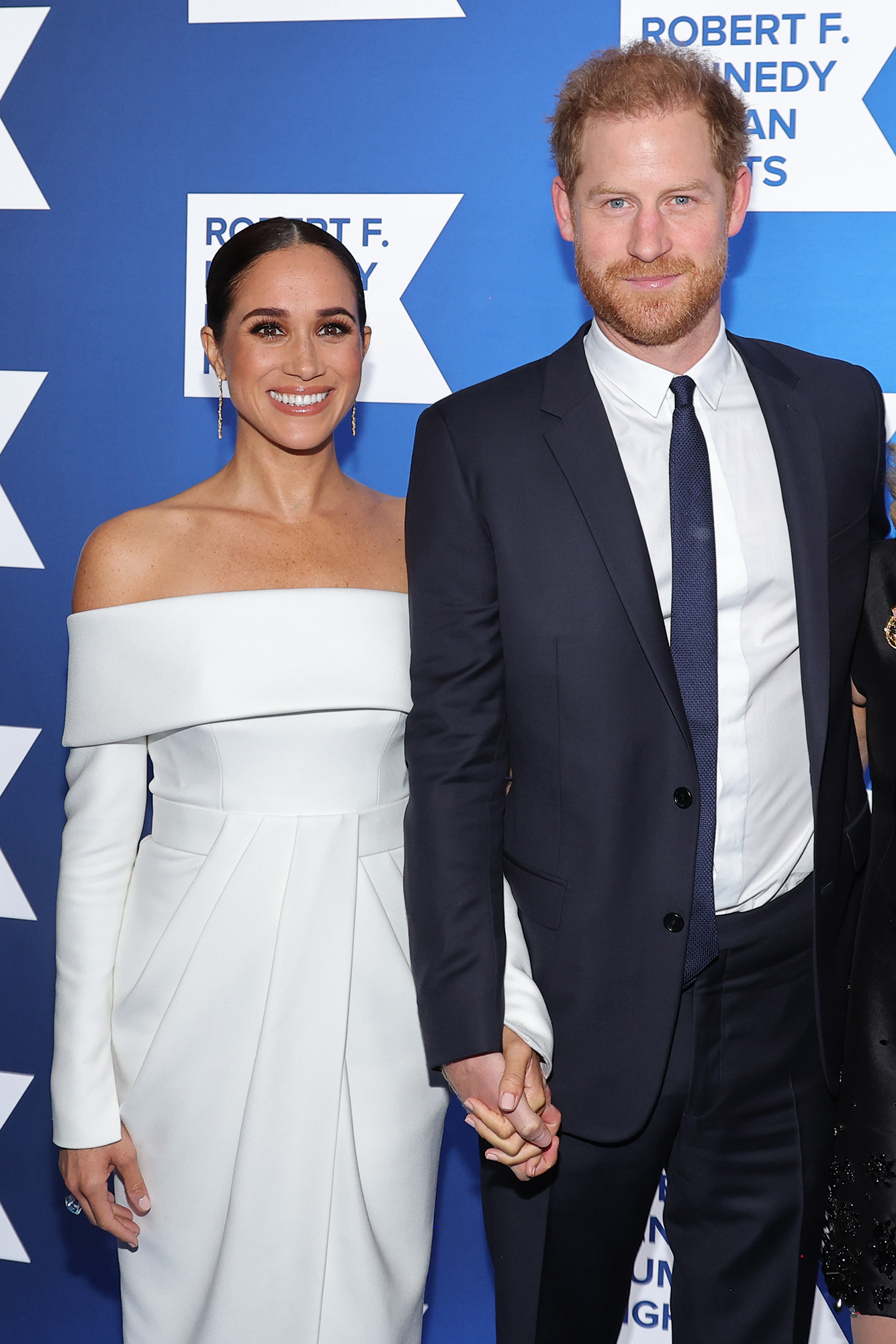 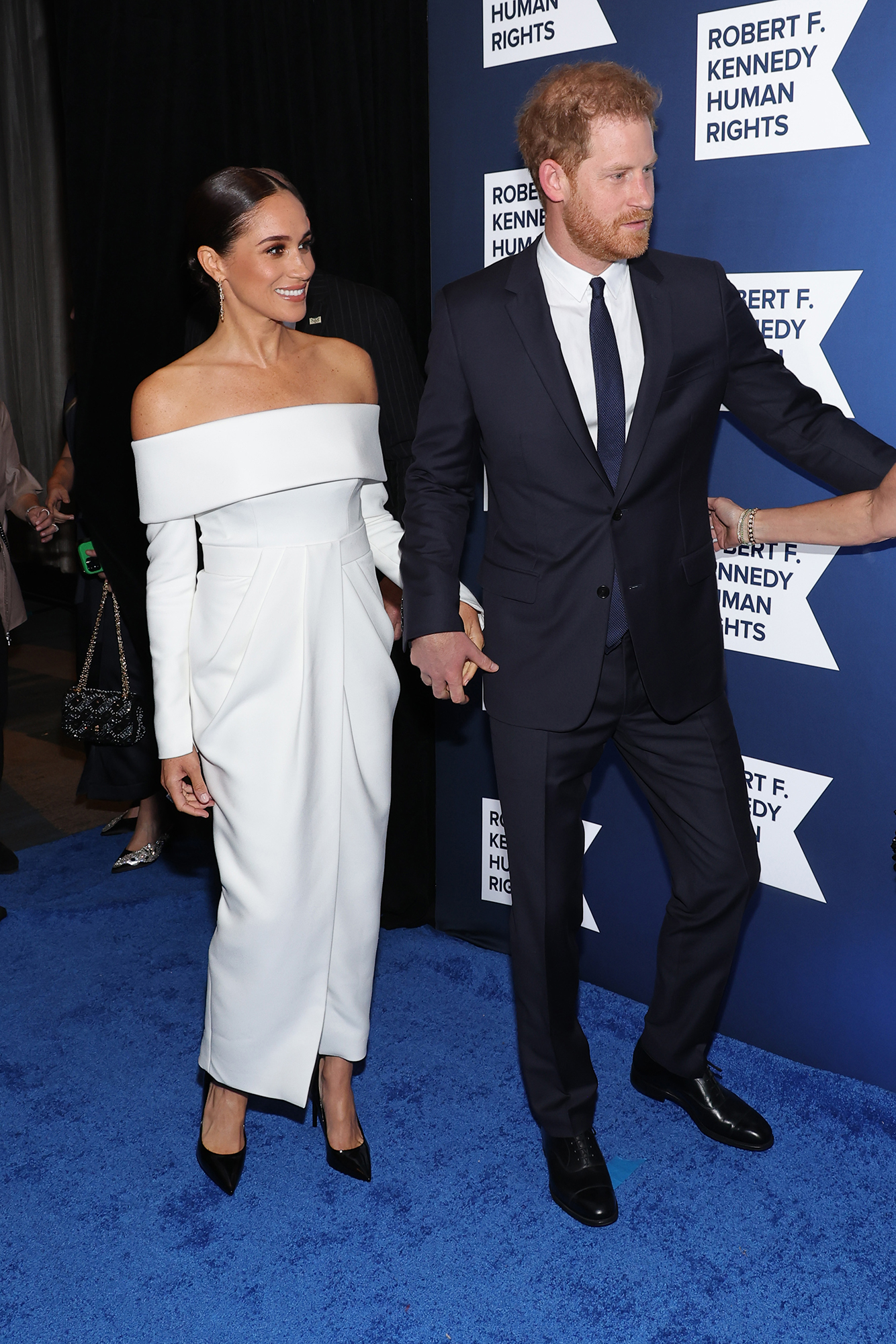 The Duchess of Sussex brought out Princess Diana’s aquamarine ring — a sentimental sparkler she famously debuted as her “something blue” at her 2018 wedding to Prince Harry — for the Robert F. Kennedy Human Rights Ripple of Hope Gala in NYC in December.

The ring may have been a purposeful pick ahead of the debut of the Sussexes’ explosive Netflix docuseries, with Maxwell Stone of UK jeweler Steven Stone telling Page Six Style at the time, “The aquamarine’s light blue color symbolizes feelings of sympathy, trust, and friendship.”

Adding to the bridal vibes, Markle also donned a white Louis Vuitton dress with an off-the-shoulder neckline similar to that of her Givenchy wedding gown.