Along with many other celebrities, Meghan, Duchess of Sussex recently spoke out against the murder of George Floyd and in support of the Black Lives Matter movement. While some celebrities’ posts are being criticized as performative, Meghan has been fighting against racism for a long time and has used her platform to speak out against injustices.

She’s been open about her own story with racial identity and injustice and has used it to motivate others into taking meaningful action. When it comes to anti-racism work, Meghan really walks the walk.

So for how long exactly has Meghan been fighting against racism? Well, it’s longer than you think.

In an article written for Elle magazine, long before she met her current husband Prince Harry and she was just described as “Suits star,” Meghan shared her own story with racism and her identity as a biracial woman. Meghan describes her life as the daughter of a Black woman and a white man.

She tells readers that her mother was often mistaken as her nanny when Meghan was a baby and describes the heartbreak and grief of watching as her mother was called the n-word and trying to control her rage. She reflects on the racist comments that were made when Suits revealed her character (and therefore, her) to be Black.

“The reaction was unexpected, but speaks of the undercurrent of racism that is so prevalent, especially within America,” she writes, not mincing words. It’s clear that as a biracial woman of color in America, Meghan has done an admirable job of navigating her own racial identity and doing her part to speak out against racism.

Meghan has always spoken out against racism 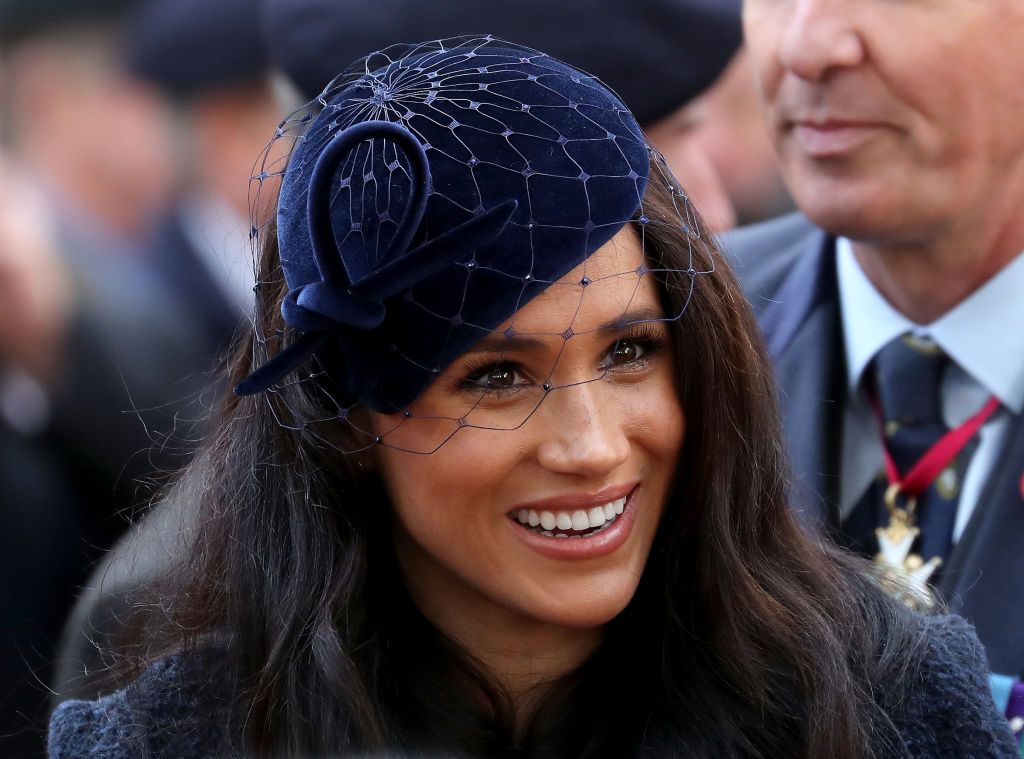 Many celebrities are speaking out against racism since the murder of George Floyd, but Meghan has been one of the few that has been using her platform to speak up long before the current protests. For example, she participated in a 2012 video series for the Erase the Hate campaign. In her video, she’s seen wearing a shirt that reads, “I won’t stand for racism,” and talks openly about discrimination.

Meghan talks about the slurs, offensive jokes, and names that are said casually in her presence because some people don’t see her as a Black woman and feel comfortable saying racist things around her.

“I think for me ― beyond being personally affected by racism ― to see the landscape of what our country is like right now and certainly the world and to want things to be better,” she said.

Even as a royal, Meghan has been known to address race. When she visited Rwanda as a Global Ambassador for World Vision in 2016, she showed solidarity to the crowd by referencing her own race: “I want you to know that for me, I am here as a mother, as a wife, as a woman, as a woman of color, and as your sister.”

Today, on International Day of Education, we highlight the importance of access to education for all. The Duchess of Sussex has focused on this both prior to becoming a member of the Royal Family and now as patron of The Association of Commonwealth Universities (@The_ACU_Official). • Working closely with CAMA, both The Duke and Duchess recognise the benefit both personally and to society at large when a young girl has access to education. On their recent tour to Southern Africa, The Duke supported the initiatives of @Camfed on the ground in Malawi ??. • Over the years, The Duchess has worked in developing communities, such as in Rwanda ?? and India ?? , to find the hindrances to girls’ ability to go to school and furthermore to stay in school. These can include lack of access to clean water, stigma surrounding MHM, cultural taboo, and many more reasons…. • As President and Vice President of The @Queens_Commonwealth_Trust, The Duke and Duchess thank all those who are working to give access to education for all. Image © World Vision / PA / @mynamahila / SussexRoyal

Because she’s made her values clear, it’s no surprise that Meghan has continued to use her platform to speak out against injustices in the current climate following the murder of George Floyd. In her commencement speech to graduates of her alma mater, Immaculate Heart High School in LA, Meghan decided to address issues of racism head-on.

It’s clear that fighting for racial justice is an issue that is close to Meghan’s heart, and we stand with her all the way!