Tech companies have formed an alliance in a bid to stamp out online child sexual abuse content.

All 18 companies in the the Technology Coalition, formed in 2006, have pledged to support the mission, dubbed ‘Project Protect’. 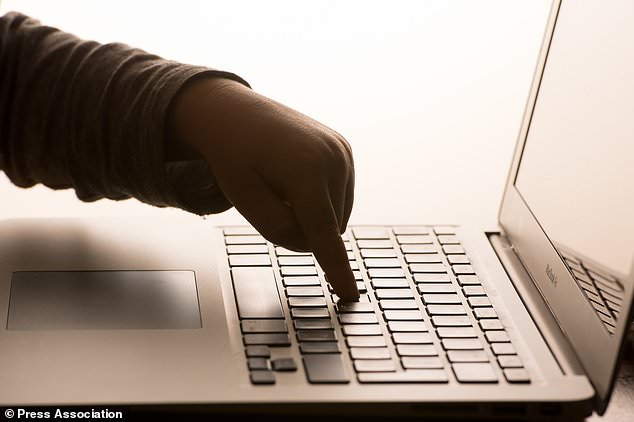 Tech companies have formed an alliance in a joint bid to stamp out child sexual abuse content online. All 18 companies in the the Technology Coalition, formed in 2006, have pledged to support the mission, called ‘Project Protect’ (stock photo)

What firms are in the  Technology Coalition and ‘Project Protect’

The project includes a ‘five pillar’ plan designed to clamp down on the heinous content.

It includes: a focus on innovation in technology to detect and stop such content; encouraging more collective action; funding more independent research; increasing information sharing; and greater transparency and accountability.

Robert Jones, from the National Crime Agency (NCA), and Susie Hargreaves, from the Internet Watch Foundation (IWF), called on the sector to do more.

They argued there was no reason more was not already being done given the detection technology available to the major platforms.

Mr Jones told MPs the response of social media firms was being ‘hampered by a lack of regulation’ while both the experts said the Government’s proposed Online Harms regulation would be an essential tool in the fight against child abuse.

The proposed increased regulation would slap firms with larger penalties if they fail to protect their users.

The UK’s Internet Watch Foundation (IWF) is to work with a US counterpart to create the biggest database of hashed child abuse images in the world to help fight the spread of such content.

The IWF will work with the National Centre for Missing and Exploited Children (NCMEC) in the US to share known content with each other – helping internet companies stop the upload, sharing and storing of such content.

Hashing is a form of digital fingerprint – a unique numerical code that allows an image to be identified the moment someone attempts to upload it.

Combined, more than 3.5 million hashes will be in the expanded database – which will be used by online firms to help stop images and videos of abuse being uploaded to their platforms.

The IWF identifies and removes online images and videos of child abuse, as well as offering a place for the people to report them anonymously.

The agreement will see a new database created in the NCMEC’s CyberTipline hub, which is also used to report instances of the online sexual exploitation of children.

Home Secretary Priti Patel welcomed the steps taken by the firms, which firms up voluntary vows made earlier this year.

‘The sexual abuse of children online is sickening and we must all work collaboratively to eradicate this crime,’ she said.

‘I welcome this step from the Tech Coalition and hope this drives meaningful change to protect our children.

‘The voluntary principles to counter online child sexual exploitation and abuse is a landmark blueprint to keep our children safe online.

‘Myself and the Five Country partners have been clear that technology companies need to work quickly and go further to address the critical issues that could leave children vulnerable to online predators.’

In a blog post announcing the plans, the group said advances in technology and social media had ‘added to the challenge of keeping the internet a safe place’.

However, they say consultation with experts had ‘renewed investment and ongoing commitment to our work seeking to prevent and eradicate online CSEA’.

The coalition said it was also working with The Global Partnership to End Violence Against Children (EVAC) and the WeProtect Global Alliance as part of the project.

On the new plans, IWF chief executive Ms Hargreaves said: ‘I’m delighted to see a renewed commitment by the technology industry to fight child sexual exploitation and abuse online with the launch of Project Protect.

‘It’s imperative that companies come together and fight this in partnership in order to gain real results, for children.’

Sheryl Sandberg, Facebook’s chief operating officer, said the project ‘brings together the brightest minds from across the tech industry to tackle a grave issue’ while Twitter’s head of trust and safety Del Harvey said the firm welcomed the ‘renewed effort to collaborate with our peers’.