Actor Lorrae Desmond, a two-time Logie winning matriarch of Australian showbiz, has died at the age of 91.

Desmond is best known for her role of nurse Shirley Gilroy, appearing on Seven’s A Country Practice from its 1981 inception until 1992. 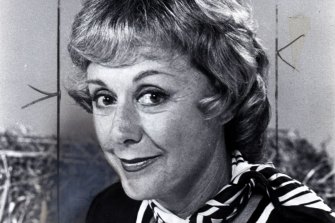 Lorrae Desmond as Shirley in A Country Practice.

But she was already a household name before that role, becoming the first woman to win the equivalent of a gold Logie as the host of her eponymous music variety show in 1961.

Her performance in A Country Practice landed her a second Logie – for Best Supporting Actress in a Series, in 1984. 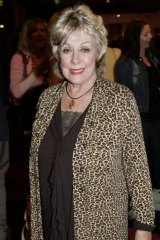 Desmond, who was born in the NSW town of Mittagong in 1929 before moving to the UK as a child, began her five-decade showbiz career in Britain as a teen, appearing in a number of BBC shows.

In 1957, before returning to Australia, she represented the UK at the Eurovision Song Contest.

She was awarded an Order of the British Empire (MBE) for her services to entertainment in 1970, after touring Vietnam to entertain troops.

In January this year, she received an Order of Australia (AM) for services to the performing arts.

At the time, Desmond told AAP: “I don’t like wars but I love soldiers. Getting my gong for entertaining troops was a highlight of my life, [and] getting the AM … just about tops that.”

As news of her death broke on Sunday, friends, fans and former colleagues paid tribute to Desmond on social media.

Wendy Strehlow, who also won a Logie for her role as a nurse on the show, said Desmond “was my mentor, my friend and an unending source of wisdom, grace and style”.

Seven’s Network Programming Director, Angus Ross, said all at Seven were saddened by her passing.

“A highly talented, respected and generous actor, she was a vital part of the Seven family for many years. Lorrae was a pioneer in the Australian television industry and she will be greatly missed. Our thoughts and prayers are with her family and friends.”