A Dandenong catering firm that was forced to close after council inspectors found a slug in its kitchen has accused an independent auditor of conspiring with the council and the Department of Health and Human Services to shut down the family business.

The owners of I Cook Foods in Dandenong South have launched fresh court action against food safety auditor Gavin Buckett and his company, The Gourmet Guardian, after pursuing a separate civil case against the DHHS last month. 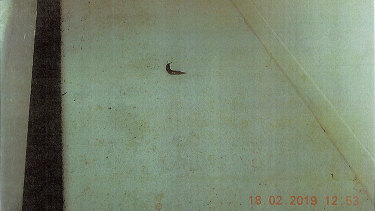 The offending slug, which Ian Cook claims was planted in his kitchen.

Police from the Dandenong crime investigation unit are investigating allegations that I Cook Foods was deliberately sabotaged by officers at Dandenong City Council and DHHS, which have both denied any wrongdoing.

A parliamentary inquiry is also examining the circumstances surrounding the firm's sudden closure.

In a writ filed in the Supreme Court on July 27, the owners of I Cook Foods accuse Mr Buckett of making changes to his report at the behest of DHHS, despite allegedly agreeing to act independently and treat the findings of his review as confidential.

The writ refers to an email obtained from Dandenong City Council via a freedom of information request, which appears to show Mr Buckett offering to change his report on March 12, 2019. 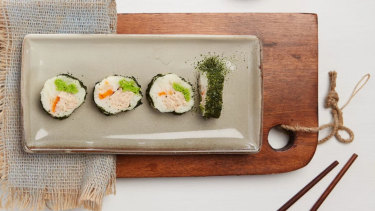 One of the dishes supplied by I Cook Foods

In the email to council officers and the DHHS, Mr Buckett writes: "Please read the attached the [sic] draft Critical N/C Certificates and let me know if there is anything else I need to add, or parts that I need to remove. I will print and sign a copy and [sic] through to you as you have reviewed."

The writ also refers to a 42-minute phone conversation on March 8 last year between Mr Buckett and DHHS employee Pauline Maloney just days before the revised report was released.

In February 2019, Mr Buckett's auditing company was engaged to conduct an urgent review of the food safety program at I Cook Foods.

The audit was conducted within days of DHHS closing the business over suspicions it had been linked to the death of an elderly woman that was thought to have been caused by listeriosis.

A draft report submitted by Mr Buckett on February 27, and a final report provided on March 2 to the general manager of I Cook Foods, Ben Cook, had been significantly altered in a "revised final report" sent to Mr Cook, DHHS and Dandenong City Council on March 14, according to the writ.

The revised report found that I Cook Food was non-compliant and gave the business two weeks to rectify its food safety program.

"DHHS suggested that changes be made to the report and notice produced by Buckett, [who] incorporated DHHS' suggested amendments in respect of the said documents," the writ states.

I Cook Foods claims in the court documents that Mr Buckett and his company breached its duty of care and the terms of its engagement.

Mr Buckett declined to comment when contacted by The Age. He is yet to file a statement of defence.

DHHS declined to comment while the matter was before court. Dandenong City Council did not respond to questions from The Age.

I Cook Food owner Ian Cook has repeatedly accused council inspectors of planting the slug in his commercial kitchen, which was then used as evidence by the council that his company had breached hygiene guidelines.

The council has strongly denied planting the gastropod in Mr Cook's kitchen.

Following inspections of the company's factory, council inspectors charged I Cook Foods with 48 breaches of food laws, including positive samples for listeria.

Subsequent testing found levels of listeria in the kitchen were within an acceptable range and the business was allowed to reopen.

But the 33-year-old company had lost several major contracts to a rival firm and was forced to retrench 41 staff before permanently closing its doors.

In October 2019 the council dropped all 96 charges against I Cook Foods in the Magistrates Court.