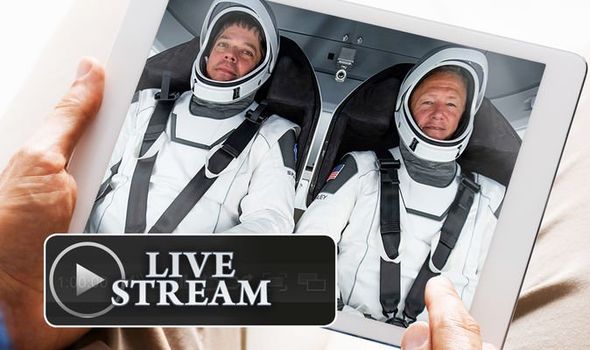 Two NASA astronauts are ready to make the first splashdown return in 45 years. Robert Behnken and Doug Hurley are set to return to Earth from the International Space Station today, amid threats of a looming hurricane.

The pair made history on May 30 when they became the first people to launch into low-Earth orbit on a commercial spacecraft that was built by SpaceX.

Their mission, named Demo-2, also marked the first time NASA launched astronauts from the US in nine years.

The Dragon’s splashdown is expected to occur just off the coast of Florida.

NASA said it will continue to monitor Hurricane Isaias as it edges closer to south Florida.

The last time astronauts made an ocean landing was in July 1975 during an Apollo mission.

If all goes according to plan, the splashdown will usher in a new era for NASA, which will have at least one commercial spacecraft ready to launch astronauts into space from US soil.

The splashdown is the final step in the mission designed to test SpaceX’s human spaceflight system – including launch, docking, splashdown, and recovery operations.

In a post-launch conference back in May, SpaceX founder Elon Musk, said was was not keen to “declare victory yet”, emphasising that the “return can be more dangerous than the ascent”.

“We need to bring them home safely and make sure that we are doing everything we can to minimise that risk of reentry,” Musk said at the time.

There are several ways to watch the Crew Dragon’s landing today.

Simply head to the SpaceX or NASA websites to follow their live streams.

Additional streaming is available on SpaceX and NASA’s YouTube channels.

Live coverage will be available throughout the day.