‘It was like someone threw a grenade in my house’: Father of student, 18, who killed himself months before starting at Cambridge University recalls harrowing moment police called to say son had ‘died horrifically’ 500 yards from his front door

The father of an 18-year-old who took his own life eight months before taking up a place at the University of Cambridge has described the harrowing moment police called at his door to tell him he’d ‘died horrifically’ 500 yards away.

Gifted pianist Edward Mallen, 18, of Meldreth, Cambridgeshire, was found dead between railway tracks after being hit by a train on February 9, 2015.

Edward, who was voted ‘most likely to become prime minister’ in his yearbook and achieved 12 A*s at GCSE, had previously told his GP, a mental health nurse and a psychiatric practitioner that the thought of killing himself had crossed his mind. However his local GP’s recommendations for urgent psychiatric support were overruled because nurses said he had not picked out a time and place to kill himself.

His father Steve, 55, a commercial property consultant who has since co-founded the Zero Suicide Alliance and is demanding reforms to the mental health system in the UK, told the Guardian his son’s death was a ‘woeful indictment on our society’. 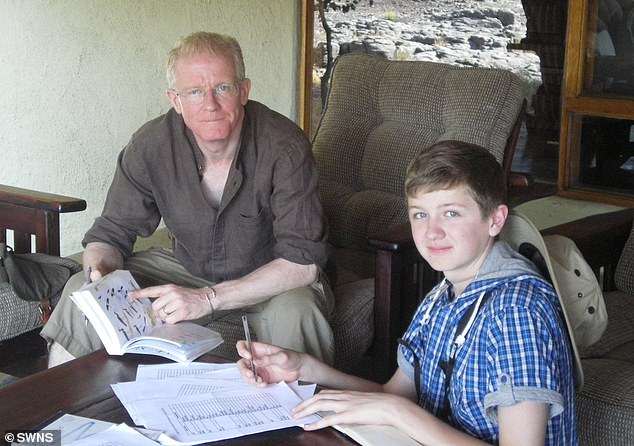 Gifted pianist Edward Mallen, 18, of Meldreth, Cambridgeshire, pictured with his father Steve, was found dead between railway tracks after being hit by a train on February 9, 2015

He added that he stood in front of Edward’s coffin and made him a public promise that he would investigate his death and seek reform. ‘I don’t intend to let him down twice,’ he said.

Speaking about the moment four police officers in hi-vis jackets arrived at his home to tell him what had happened to Edward, he recalled: ‘It was like someone had thrown a hand grenade into my house.’

The inquest into Edward’s death heard how there was a ‘significant disconnect between the GP’s view and those of other people’ when it came to his treatment plan.

He had been self-harming for three months after becoming depressed, but had told nurses he would not kill himself because of ‘the devastating effects suicide would have on his family’.

The Mallen family’s GP, Dr Jens Richter, saw Edward the month before his death and had been so concerned when he ‘mentioned he might want to throw himself in front of a train’ that he recommended immediate transferral to secondary psychiatric care services. 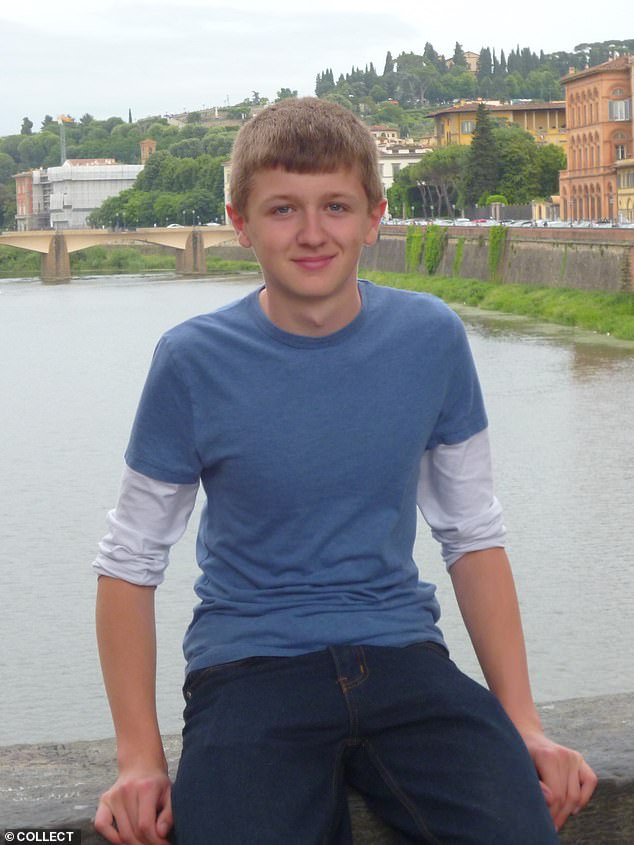 But after a 15-minute phone interview with a registered mental health nurse, the decision was made that Edward was not at immediate risk of suicide.

Edward was prescribed antidepressants but was not warned that initially they might make him feel worse, and a letter about an appointment with a psychiatrist never arrived because it had the incorrect address.

Despite Edward giving his consent for his parents to be told about his suicidal thoughts and treatment, his parents had no idea.

Steve told the Guardian: ‘He felt ashamed and asked one of the clinicians to “tell my mum” – and nobody even bothered to pick up the phone.’

He added that as much as he blames the system and decades of underinvestment in the NHS for Edward’s death, he also lives with the feeling he too could have done more to save him.

‘My son was dying in front of me and I couldn’t see it,’ he said. ‘The feeling that one should have done better will never go away.’ 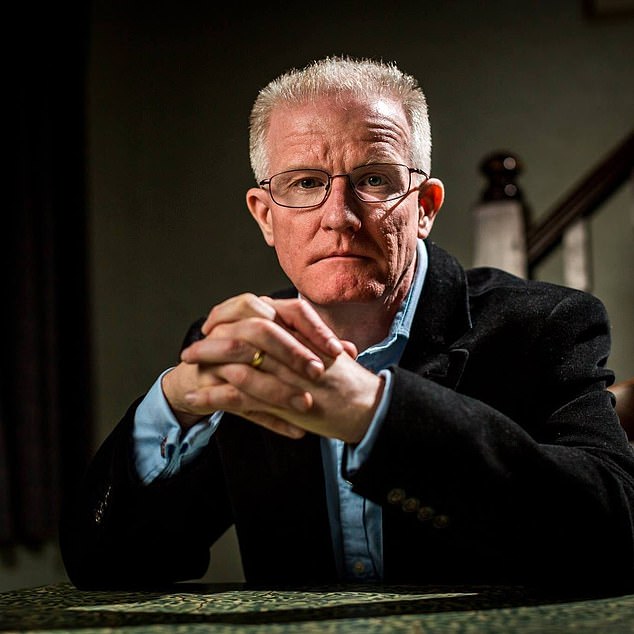 Despite Edward giving his consent for his parents to be told about his suicidal thoughts and treatment, his parents had no idea (pictured: Steve Mallen)

Desperate to prevent future tragedies like the death of his son, Steve teamed up with Joe Rafferty, head of Mersey Care NHS foundation trust and a zero-suicide pioneer in the UK to form the Zero Suicide Alliance.

Steve set about educating himself about mental health and suicide and is now a governor of Cambridge and Peterborough NHS foundation trust – the organisation he blames for his son’s death, which is now under new leadership. 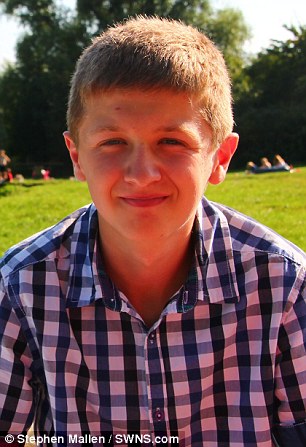 The pair won government backing and funding – now up to £2million – for the alliance, which aims to provide education and information everywhere, from hairdressers and schools to prisons to help people recognise the signs that someone might be struggling and intervene early.

It offers free interactive, online suicide-awareness training as well as a virtual coach which deals out advice including on what to say to someone who seems to have become withdrawn or stopped doing things they enjoyed, and how to avoid stigmatising language.

Steve also strongly advocates ‘postvention’ provision for families left bereaved by suicide, many of which ‘don’t survive this kind of trauma’.

It’s largely down to Steve’s enduring, full-time campaigning that the government has pledged a commitment to suicide bereavement support services in all trusts by 2024 as part of its long-term plan for the NHS.

Aware he is privileged to be in a position where he can campaign full-time – though most of his savings are gone – Steve said he stands ‘shoulder to shoulder’ with other parents who aren’t able to and has helped a number of other families like his through the agony of inquests. 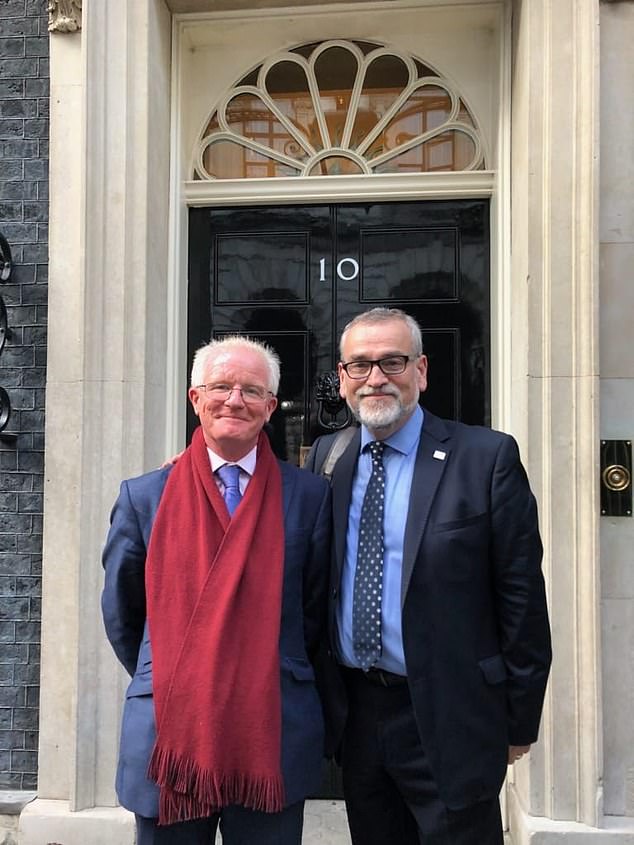 It’s largely down to Steve’s enduring, full-time campaigning that the government has pledged a commitment to suicide bereavement support services in all trusts by 2024 as part of its long-term plan for the NHS

In a statement released after his death, Mr and Mrs Mallen said: ‘Edward was a truly remarkable individual whose academic brilliance was matched only by his caring, friendly and warm character.

‘Despite intense efforts, Edward’s inexplicable, sudden, brutal and remorseless recent decline into a deep depression could not be averted.

‘We implore the authorities to reconsider the funding and resources directed towards alleviating the seemingly relentless spread of psychological disorders and anxieties amongst our young people. Tragedies like this can and must be avoided.’

The family added that they were ‘utterly devastated by the sudden and traumatic loss of our lovely son and brother’ and the world had been ‘measurably diminished’ without him.

For confidential support call the Samaritans on 116123, visit a local Samaritans branch or click here for details.