Chrissy Teigen returns to Instagram with lengthy apology for bullying past

Following her return to Instagram to apologize for her cyberbullying past, Chrissy Teigen unveiled a symbolic new tattoo hand-drawn by her 5-year-old daughter, Luna.

The model, 35, showed off the butterfly design on Monday. It was inked by celebrity artist Winter Stone, who has previously given Teigen multiple tattoos dedicated to her children and her husband, John Legend.

“Luna drew this butterfly on me today and it seemed fitting to make permanent,” she wrote, in part.

Teigen added that she initially asked Winter Stone to center and straighten the design, but “in the end we decided to leave it right where she belonged. A little imperfect, a little messy, but hell she’s here to stay.” 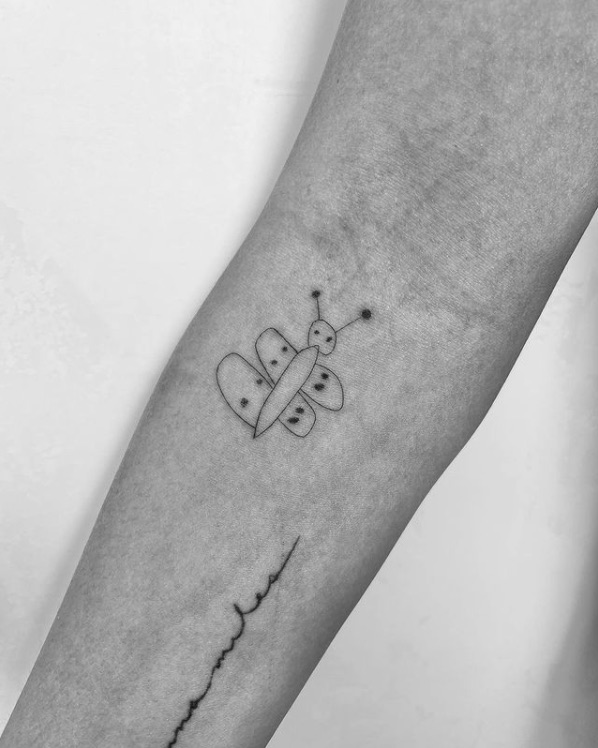 In the emotional post, the star said she “sobbed from beginning to end” during Luna’s preschool graduation ceremony on Monday, which included a commencement speech by Legend.

“I sobbed because my god, what a year. But also, man. they’re SO young. Their eyes are gonna see so much. They’re going to experience pain, hurt, loss. But also love, success, unimaginable bonds with friends,” she wrote.

Teigen continued that she then “thought about what I’ve learned just in the past few months and I feel a wealth of gratitude for life alone and those unimaginable bonds,” thanking those who supported her amid her bullying scandal.

Stars including Courtney Stodden and fashion designer Michael Costello have accused Teigen of sending them cruel messages on social media.