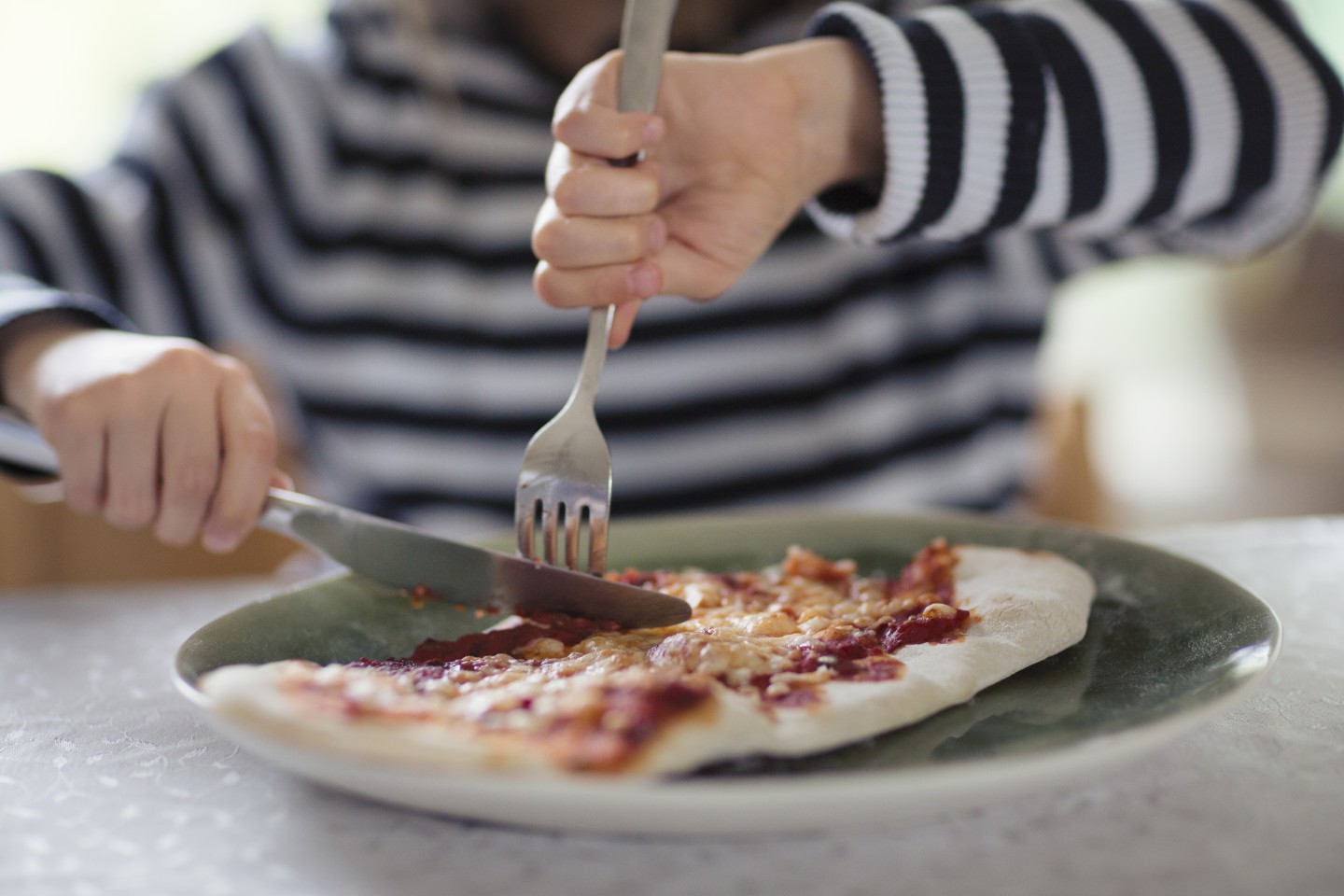 The study looked at the health impact of consuming ultra-processed foods (UPFs) – food and drink heavily processed during its manufacture, such as frozen pizzas, fizzy drinks, mass-produced packaged bread and some ready meals.

Researchers found that UPFs make up a considerably high proportion of children’s diets – more than 40% of intake in grams and more than 60% of calories on average.

The higher the proportion of UPFs youngsters consume, the greater the risk of them becoming overweight or obese, according to the study.

It also suggests that eating patterns established in childhood extend into adulthood, potentially setting children on a lifelong trajectory for obesity and a range of negative physical and mental health outcomes.

Professor Christopher Millett, NIHR professor of public health at Imperial College London, said: ‘Our findings show that an exceptionally high proportion of their diet is made up of ultra-processed foods, with one in five children consuming 78% of their calories from ultra-processed foods.

‘Through a lack of regulation, and enabling the low cost and ready availability of these foods, we are damaging our children’s long-term health.

‘We urgently need effective policy change to redress the balance, to protect the health of children and reduce the proportion of these foods in their diet.’

This is also typically lacking in traditional, home-made meals.

The work is the first to look at the link between the consumption of UPFs and obesity in children over a long period of time, with findings broadly applicable to children across the UK.

Using data from a cohort of 9,000 children in the Avon area in the West of England born in the early 1990s, researchers followed the life course of children from the age of seven until the age of 24.

The children were categorised into five equally sized groups based on the consumption of UPFs in their diet – in the lowest group UPFs accounted for one fifth (23.2% of grams) of total diet, while the highest group consumed more than two-thirds of UPFs (67.8% of grams).

Diets in the lowest consumption group were based on minimally processed foods and beverages, such as plain yoghurt, water and fruit.

The analysis revealed that on average, children in the higher consumption groups saw a more rapid progression of their BMI, weight, waist circumference and body fat into adolescence and early adulthood.

Kiara Chang, research fellow and first author on the paper, said: ‘During the 17 years of follow-up, we saw a very consistent increase in all measures of unhealthy weight among children who consumed greater amounts of ultra-processed foods as part of their diet.

‘Their BMI, weight gain, and body fat gain was much quicker than those children consuming less ultra-processed foods.

The researchers highlight that a limitation of the study is its observational nature, and that they are unable to definitively show direct causation between consumption of UPFs and increases in BMI and body fat.

The researchers say more radical and effective public health actions are needed urgently to reduce children’s exposure to and consumption of UPFs.

This includes national dietary guidelines being updated to emphasise preference for fresh or minimally processed foods and avoidance of ultra-processed foods, in line with guidelines developed in Brazil, Uruguay, France, Belgium and Israel.

They also say UPFs should be taxed and minimally processed foods should be subsidised to make healthier food choices more affordable.

Other actions include restricting promotions and all forms of advertising of UPFs, especially those targeting children, and mandatory bold front-of-pack product labelling.

The research is published in the journal JAMA Paediatrics.