Chris Brown scored a win at the 2022 American Music Awards shortly after slamming the show for allegedly cutting his planned tribute to Michael Jackson.

“Chris Brown is not here tonight, so I am accepting this award on his behalf. Excuse me. Chill out,” the Destiny’s Child member, 41, told the crowd as they started booing the absent winner, 33. “But I want to tell Chris — thank you so much for making great R&B music. And I want to tell him thank you for being an incredible performer. I will take this award [and] bring it to you. I love you.” 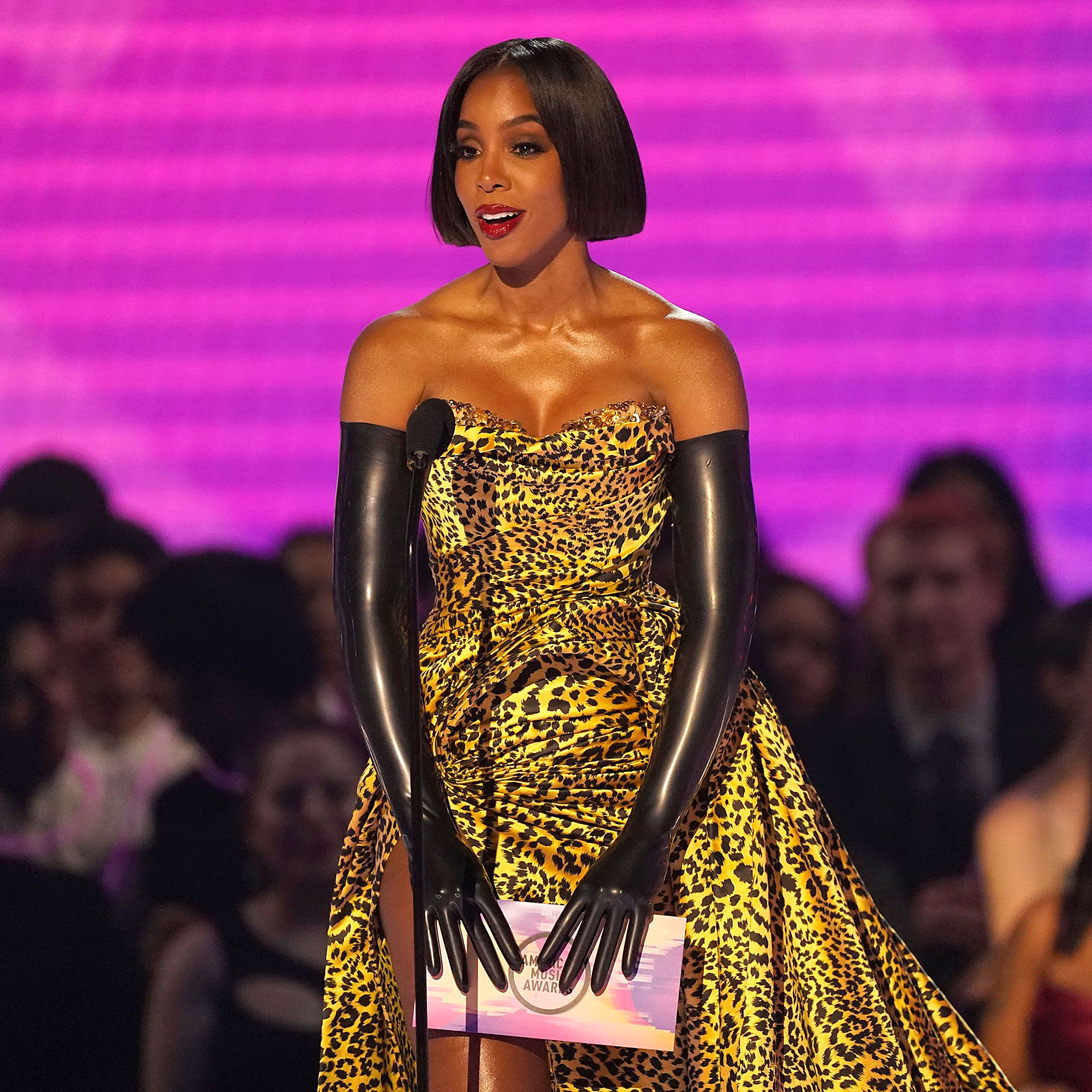 The rapper’s win comes one day after he claimed his tribute to Jackson at the AMAs was pulled at the last second. Brown took to social media on Saturday, November 19, to share a lengthy Instagram video of a dance rehearsal.

In the clip, the Virginia native performed Jackson’s “Beat It,” “Billie Jean,” “Wanna Be Starting Something” and “Thriller.” The alleged tribute was presumably planned to celebrate the 40th anniversary of the late singer’s Thriller album.

“U SERIOUS?” Brown captioned the Instagram post before claiming in the comments section, “WOULDVE been the ama performance but they cancelled me for reasons unknown.”

Everything to Know About the 2022 American Music Awards: Host, Nominees and More

The AMAs has not addressed Brown’s allegations, but he was not included in previous announcements regarding the ceremony’s performing lineup.

The “Kiss Kiss” singer has made headlines for his legal troubles over the years. In February 2009, Brown physically assaulted then-girlfriend Rihanna. He pleaded guilty to the felony and served five years of probation, as well as doing community service and attending domestic violence counseling. 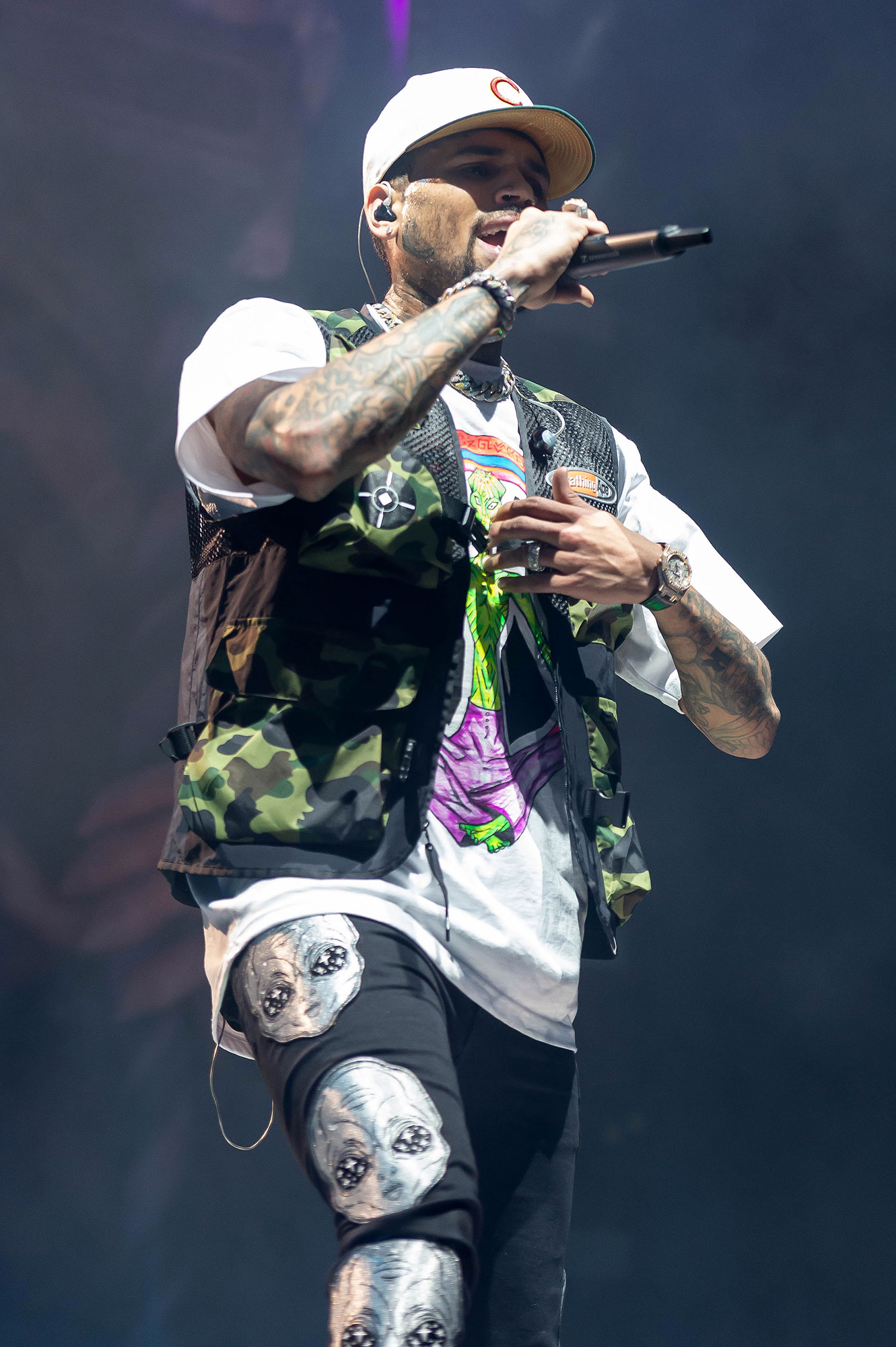 Later that year, Brown opened up about where the pair stood after the incident. “I’m pretty sure we can always be friends,” he told Larry King in his first interview since his arrest. “I don’t know about our relationship, but I just know definitely that we ended as friends.”

The on-off couple briefly reconciled in 2012 before calling it quits again one year later. Following their split, Rihanna, 34, described how it felt to answer questions about the attack.

“It’s in the past, and I don’t want to say, ‘Get over it,’ because it’s a very serious thing that is still relevant; it’s still real,” the fashion designer, who now shares a 6-month-old baby with boyfriend ASAP Rocky, told Vanity Fair in October 2015. “A lot of women, a lot of young girls, are still going through it. A lot of young boys too. It’s not a subject to sweep under the rug, so I can’t just dismiss it like it wasn’t anything, or I don’t take it seriously. But, for me, and anyone who’s been a victim of domestic abuse, nobody wants to even remember it.”

Meanwhile, Brown was accused of rape and detained in Paris in January 2019. At the time, French authorities said the investigation would continue after the songwriter was released from custody. The dancer referred to the accusations as “false” and “disrespectful” in a since-deleted Instagram post.

Earlier this year, it was reported that Brown was being sued by a woman claiming he drugged and raped her at a December 2020 party. The actor replied to the claims via Instagram Stories in January, writing, “I HOPE Y’ALL SEE THIS PATTERN OF whenever I’m releasing music or projects ‘THEY’ try to pull some real bulls–t.”

If you or someone you know are experiencing domestic violence, please call the National Domestic Violence Hotline at 1-800-799-7233 for confidential support.

If you or someone you know have been sexually assaulted, contact the National Sexual Assault Hotline at 1-800-656-HOPE (4673).