Far from the finish line. Brock Davies still has a way to go in reconciling with his two children who are living in Australia.

“That’s going to be a long one to fix,” the Vanderpump Rules star, 30, exclusively told Us Weekly on Monday, February 21, of the “tough” situation with Eli and Winter while detailing his and Scheana Shay’s La Jolla, California, engagement photo shoot. “The damage was done with me and [their mom]. Now it’s just a waiting game. Obviously, we’ll move that along as much as we can. Respectfully, because there are kids involved.” 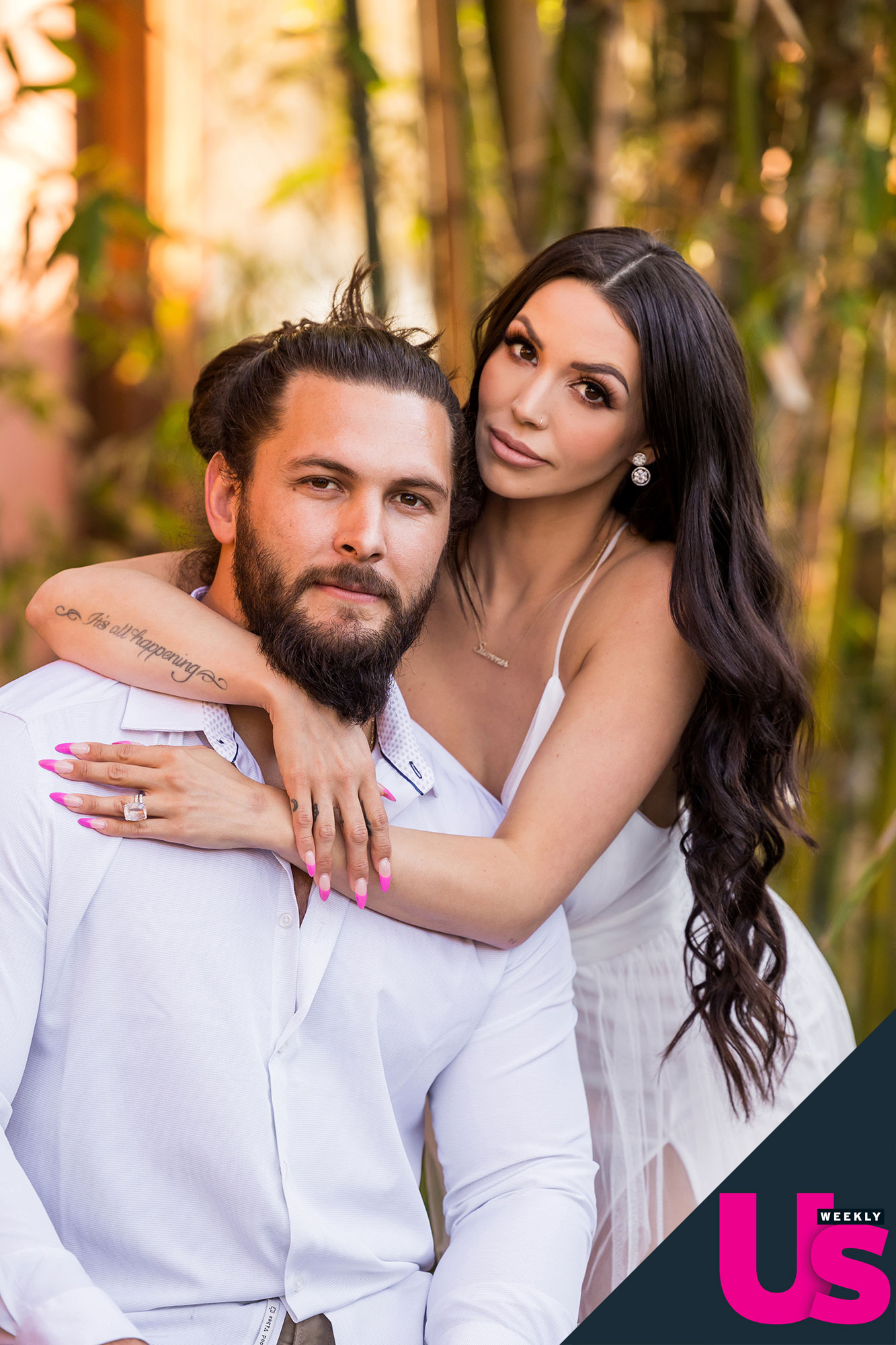 The former rugby player has yet to speak to the little ones but acknowledged that by paying off his child support earlier this month, he has “started” the “long road ahead.”

The New Zealand native explained to Us, “I’ve done the right things. [I’m] getting there. So hopefully we get to build that relationship sooner rather than later. But in time. That’s all it takes.”

Shay, 36, chimed in, calling the payments the “first step” in her fiancé’s journey.

Davies, for his part, added that he has been intentional about not using any of the “Good as Gold” singer’s money. “I wanted to make sure I could handle my own stuff,” the Homebody creator said. “The [coronavirus] pandemic didn’t help, but at the end of the day, we got there. … I’m still in the same spot with my ex. It was never about the money with her. It was about doing [this]. It was about the principle.”

The little one is ”standing on her own” and “crawling so quick literally everywhere,” the Bravo personality gushed to Us, adding that Summer will be “walking … any day.”

Davies went on to say that “every day is a new milestone” for the toddler. “For my first time around [as a dad], I wasn’t around. And this time, I’ve been completely around, which is amazing,” he told Us.

The personal trainer proposed to the songwriter in July 2021. As for whether Eli and Winter will fly out for the couple’s upcoming wedding, the groom-to-be told Zack Peter in a “#NoFilter” interview earlier this month that their attendance is “a long shot.”

Davies explained, “Right now, I just want to work on phone calls and then if I can go home once a month, I’ll fly home for the week. Like, for four days. Go home, see them on the weekend, come back here. That’s the ideal situation.”