HIGH cost credit lender Amigo Loans is being investigated by the city watchdog over concerns it may have lent to people who couldn't afford to repay loans.

The guarantor loan provider, which was founded in 2005, offers loans of up to £10,000 over 12 to 60 months at an interest rate of 49.9 per cent as long as a friend or family member agrees to make repayments if you don't. 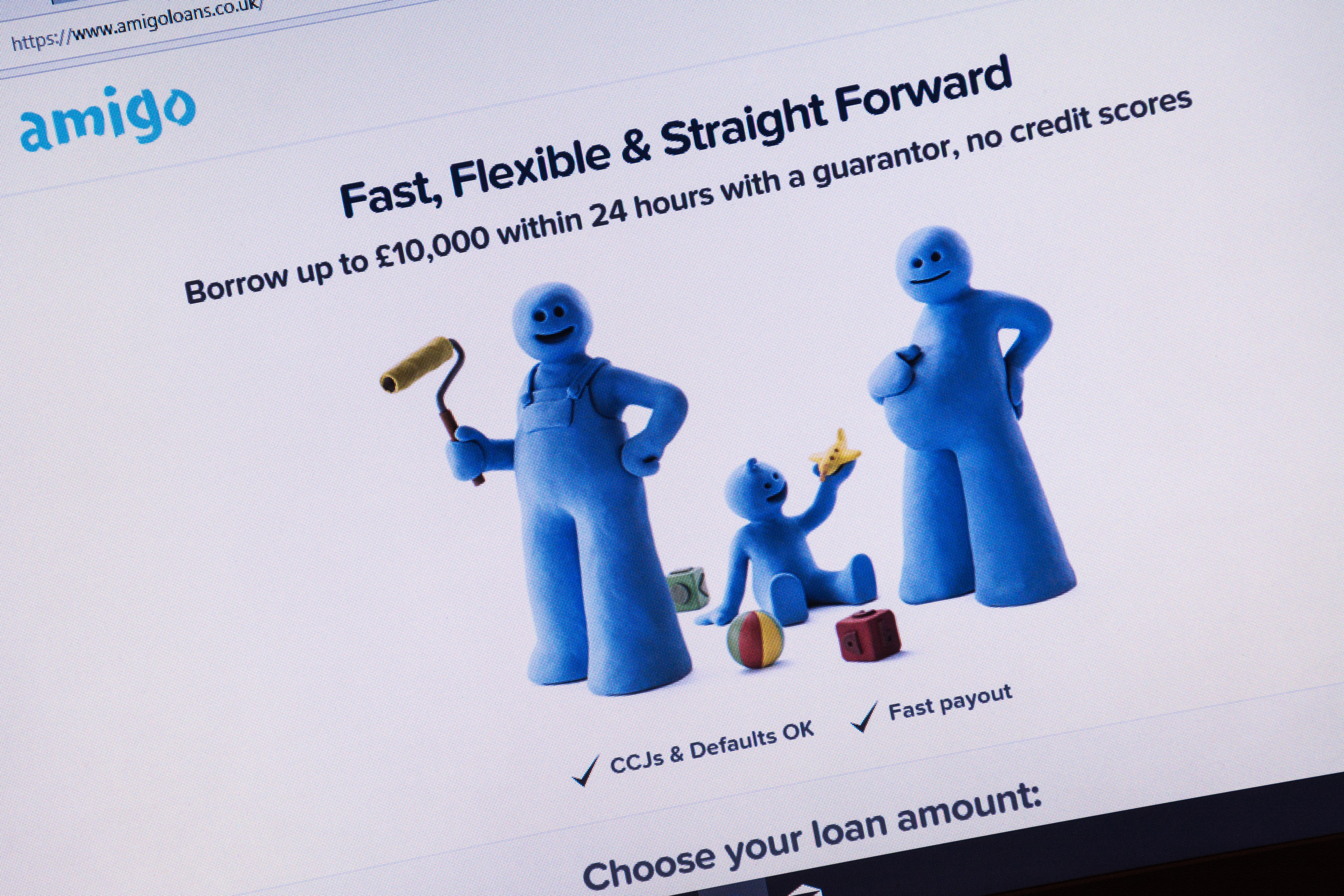 But it's confirmed in a trading update to the London Stock Exchange that the Financial Conduct Authority (FCA) launched an investigation into its lending practices on May 29.

Amigo says the FCA is looking into whether Amigo's creditworthiness assessment process, and the governance of this, met the rules.

It comes as Amigo's founder and former chief executive, James Benamor, blasted the company back in March for dishing out loans "irresponsibly".

The high cost credit sector, including guarantor and payday loans, has taken a hit in recent years with mis-selling complaints forcing many lenders, such as Wonga and Piggybank to go bust.

Are you due a payday loan refund?

MILLIONS of payday loan customers may be due refunds.

Refunds or compensation are often given when the loan was mis-sold or where affordability checks weren't stringent enough. Here's all you need to know:

Nine in every ten complaints (90 per cent) about guarantor loans were upheld in consumers' favour, according to the Financial Ombudsman Service's latest date for the third quarter of 2019.

While seven in every ten complaints (73 per cent) about payday lenders was upheld.

Amigo put itself up for sale in January, and it's latest trading update reveals it's in discussions with a potential buyer.

But the company is taking legal action to prevent Mr Benamor, who is still a majority shareholder with his Richmond Group business, from voting in favour of Amigo appointing new directors and dissolving the board.

Mr Benamor has tweeted to say he disagrees with a sale that leaves the current board in place, but Amigo says it will dissolve the board in an "orderly process".

Stephan Wilcke, chairman of Amigo, said: “The board has offered to leave, and will do so, but it must be through an orderly process.

"We cannot risk the Amigo Group’s ability either to conduct its FCA regulated activities or to continue as a London-listed company operating in accordance with the UK Corporate Governance Code."

High cost credit lenders must offer help to struggling borrowers during the coronavirus crisis, with help including up to three month repayment holidays.