A man nicknamed Oliver Twist by hospital staff after he was left by his birth mother in a corned beef box at a Railway Tavern learns he has six full siblings in Long Lost Family: Born Without Trace.

Tonight’s episode of the ITV show features Simon Jeffery, now 56, who still had a wet umbilical cord when he was left in a box outside a railway tavern in Greenhithe, Kent – now a McDonald’s restaurant – in Greenhithe, on October 23 1963.

Nicknamed Oliver Twist by staff at Gravesend Hospital, Simon’s story hit the headlines – but he only learned about his beginnings by chance at the age of 10.

‘I was found in a wooden corned beef box with two tins of corned beef in a baby grow, and I was left outside the ladies toilets,’ explains Simon, who now lives just five miles from where he was abandoned. 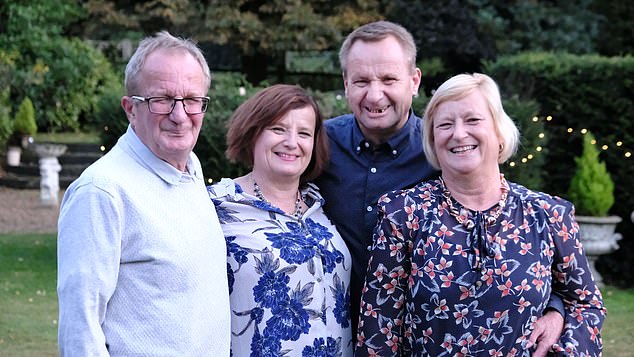 Simon Jeffery, 56, still had a wet umbilical cord when he was left in a box outside a railway tavern in Greenhithe, Kent – now a McDonald’s restaurant – in Greenhithe, on October 23 1963. Pictured, after being reunited with three of his siblings left to right: Tony, Christine, Simon and Julie 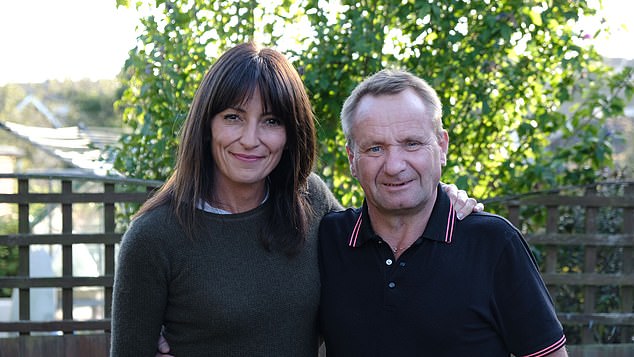 Simon was nicknamed Oliver Twist by staff at Gravesend Hospital and his story hit the headlines – but he only learned about his beginnings by chance at the age of 10. Pictured, with host Davina McCall

‘There was a ladies dart match being played here at nigh so I would imagine it would be slightly packed so my birth mother knew someone would find me pretty soon.

‘She definitely wanted me to be found which means she did love me, but for some reason she had no choice.’

Simon was taken in by Gravesend foster carers Cathleen and Earnest Jeffrey who went on to adopt him. His parents have now passed away, but he still lives in the same house with his wife Jane, and son Jack.

But when Simon was 10, he made a discovery that forced him to question who his parents really were.

‘Me and my friend were rummaging around and we found a tin,’ he explains. ‘I opened it up and its newspaper cuttings in there. I pulled out the cuttings and the first one I saw was “abandoned baby.”‘ 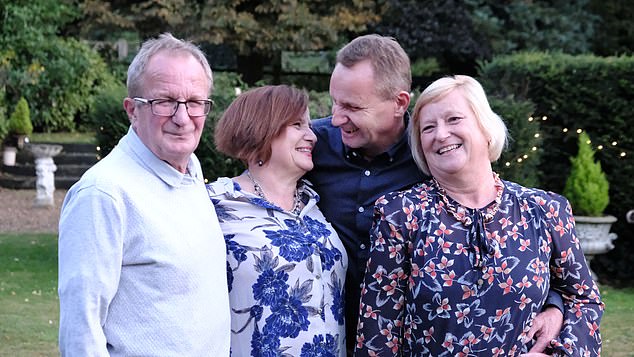 During tonight’s episode of the ITV show, Simon learns he has four surviving siblings – three of which agreed to meet him. Pictured with Tony, Christine and Julie 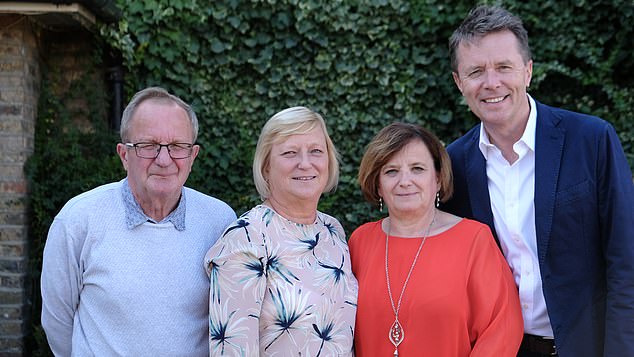 ‘It was a picture of the baby. I’d already seen this picture because I had the actual original copy in the house. That’s when I realised this was me.’

Recalling that moment, he continues: ‘It was a bit of a shock. It felt like just being discarded. I want to know where my mum was, what she found, if she’s OK, and why she abandoned me.’

After obtaining Simon’s DNA test results, a social worker reveals her discovery that one member of the extended family had gone to live in the Dartford area – the area which Simon comes from.

After asking several members of the family to take the test, two of the people show to be first cousins to Simon, while one other person who tested turns out to be a full sibling – a brother.

The results also unveil that Simon’s brother is one of six siblings – but sadly, both of his parents and two of his brothers have died, leaving two living sisters and two living brothers.

They all grew up in Gravesend and two of his sisters still live there – and three of his siblings – Christine, Julie and Tony – agree to meet him, but admit they had no idea about their abandoned brother. 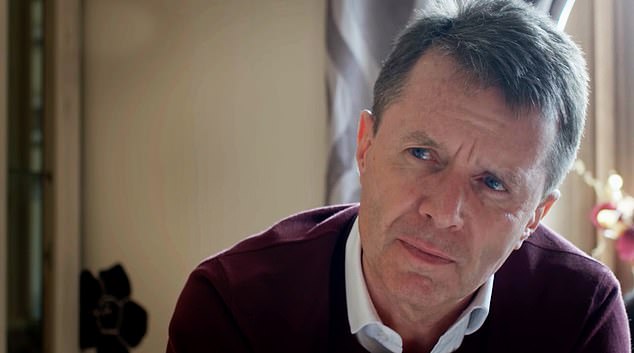 Nicky Campbell (pictured) helps foundlings – people who are abandoned as babies, often in the first hours and days of their lives – unlock secrets of their past

‘I was a premature baby,’ explains Christine. ‘I was three months premature. Mum might have had postnatal depression.’

Tony adds: ‘It wasn’t spoke about it them days,’ to which Julie continues: ‘I just think she had six children and he came alone and she just couldn’t cope with any more.’

And when asked how far away they grew up from where Simon did in Gravesend, Christine replies: ‘About two miles. We could’ve walked past him.’

After being shown a photo of their sibling, Jane says: ‘He looks like Tony,’ to which ony comments: ‘I see myself. Good job he’s found his family.

And Simon is shocked to learn his parents married in 1951 and that his six siblings were born over a ten year period and lived close by – with him being the youngest.

‘That’s completely different to what I built up in my head, he says. ‘Wow Davina. That’s a hard one.’

After being shown a photograph of three of his siblings, an emotional Simon gasps: ‘Oh my word. Yes, I can see a likeness. That’s my family!

‘And is that Tony? He looks so much like me. He really does! Our paths have probably crossed so many times. So many times.’

Davina then shows Simon a photo of his birth parents, before revealing three of his siblings would love to meet him.

‘Oh my god,’ he says. ‘I can’t believe it. I wasn’t expecting that. It’s just unbelievable.’

And when the long-awaited reunion arrives, Simon learns that the siblings thought they were just a family of six – and he was never mentioned.

‘Mum was very, very secretive,’ explains Christine. ‘She was quiet. She liked knitted, sewing and cooking. She was good at cooking.’

Jane adds: ‘Mum and dad were close. I think dad knew about you. I think dad took you in the car and left you there because they must’ve decided that between them. She couldn’t drive and she’d just given birth so she couldn’t get on a boss.’

But the reunited siblings are in for a further shock when Simon mentions that he worked in Dartford Co-Op in 1986.

An emotional Tony adds: ‘Straight away there was an instant connection. And they just look like me. It’s amazing. It was totally mind-blowing. Myself and Julie working in the same shop. So our paths crossed without even knowing they crossed.’