Sharna Burgess and Brian Austin Green have been in parental bliss since their newborn Zane came into their lives on June 2022, and Burgess wants to scream from the rooftops what a lucky mama she is.

On Sept 22, Burges uploaded a heartwarming compilation video celebrating her and Green’s son Zane being welcomed into the world nearly three months ago. The Dancing with the Stars dancer uploaded the video with the caption, “3 months of you 🤍 3 months of watching you grow, of being in awe of you and of experiencing a love like I’ve never known. Motherhood is by far the coolest thing I’ve ever done and I’m so grateful for all of it. The magic, the love, the fear, the sleepless nights and the memories of it all. I am the luckiest Mama in all the land.”

In the video, we start with Zane and Burgess in the hospital, looking at each other in such a sweet way, followed by more moments from that day, like him getting cleaned up and her tearing up as he lay asleep on her. Then we get super cute snapshots of him breastfeeding, laying on his papa’s lap, and Burgess being the best mom to him. We see her using a breast pump, calming him down from a crying fit and lulling him to sleep. We also see Zane’s first smile, first laugh, and the first swim, followed by a video of Green kissing his newborn son all over.

While we adore the compilation video and every little glimpse it gave us, we also love the cover image Burgess chose for the video. In the cover image, we see Burgess, Green, and his three sons with ex-wife Megan Fox named Noah, Bodhi, and Journey, who all can’t get enough of their baby half-brother!

Did your hearts just melt, too? It’s safe to say that the Burgess-Green household is doing more than fine!

Burgess and Green have been dating since 2020, welcoming their son Zane on June 28, 2022. Zane is Burgess’ first child and Green’s fifth, welcoming his first son Kassius, 20, with his ex-fiancée Vanessa Marcil and later three more sons with Fox named Noah, 9, Bodhi, 8, and Journey, 6. 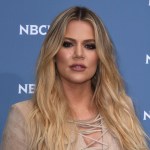 Before you go, click here to see all the celebrities who have opened up about the struggles of co-parenting.