Growing up, as a woman especially, your parents tell you to “watch your surroundings” and to “always trust your gut.” Sometimes we do, and sometimes we don’t, but for this NYC mom, trusting her gut may have saved her and her daughter’s lives.

In the now-viral TikTok video, a mom and TikToker by the tag name @dd_escapades showed her confronting and following up on a man who was allegedly following her and her daughter. In the TikTok video, you can see a man looking like he’s recording this mother and daughter, looking around the store. The mother MaryBeth Nappa started the video by saying, “So this guy is like following me in Wal-Mart while I’m with my daughter, he’s following me. I don’t know him; he’s following me and recording me.”

We then cut to the same spot, but the man is gone. “Now he’s gone that he realized I started recording him. F**king weird.” We then see Nappa again, saying, “So I just found a worker and I showed her the clip that I just showed you guys, and she agreed. She thought it was really weird and really fricking creepy.”

She then talked about how the manager was coming and how they were going to try to find and kick the guy out of the store. “I don’t know if he’s some weirdo, I don’t know if he’s on some drugs or drunk, or part of some trafficking thing. But always be aware of your surroundings and record and report.”

Nappa has since uploaded multiple update videos, informing the public that the man was in fact a dangerous person. He was previously registered as a sex offender with very disturbing charges attached to him, and after this video, he’s now been charged with fourth-degree stalking, per People.

“If you have a gut feeling something isn’t right, then it’s probably not right,” she recently told WSYR-TV about the whole ordeal. 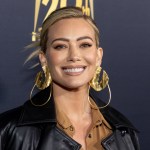 This video shows that if you feel like something is wrong, you need to trust your gut: a lesson we often forget. But this mother is letting everyone know to record, report, and make sure you keep your children safe.