Channel 4’s award-winning series Gogglebox returned to screens for its milestone 20th season. However, during Friday’s episode, the stars including Jenny Newby were overcome with emotion as they witnessed the corgis watch the Monarch’s coffin pass by.

Sat beside her longtime friend Lee Riley, Jenny watched overwhelmed with emotion as she watched the Queen take her final journey to Windsor Castle.

Dressed in black with a short leopard print scarf, Jenny turned to her friend and said: “That’s it, Lee, isn’t it for her, it’s her last journey.

“It’s time you put your feet up,” she remarked, close to tears.

In the next scene, the Queen’s coffin arrived at a packed Windsor, where the public waited on the pavement to pay their respects to the Monarch. 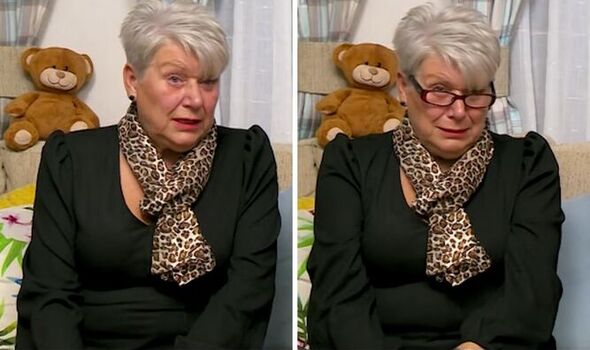 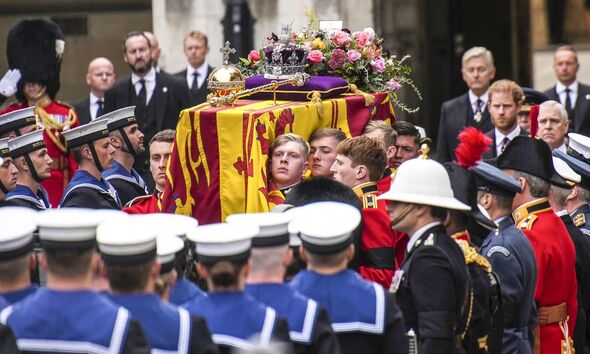 The cameras then turned to the Queen’s precious corgis who were Muick and Sandy who were also present and watching the processions.

This scene of the dogs watching attentively proved to be too much for Jenny as she broke down in tears.

“Oh bless them,” she remarked, “I bet they’re looking about saying ‘where’s she gone, where is she.’”

Speaking to Lee, Jenny added: “They know, don’t they, they know.” 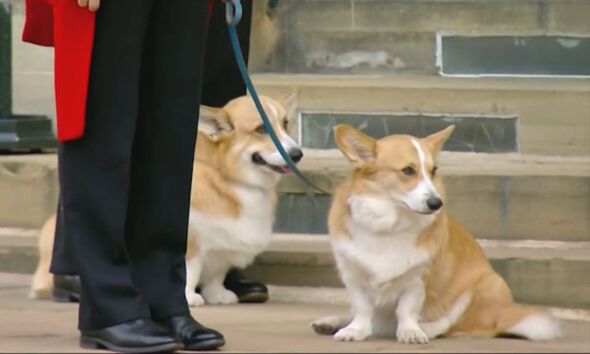 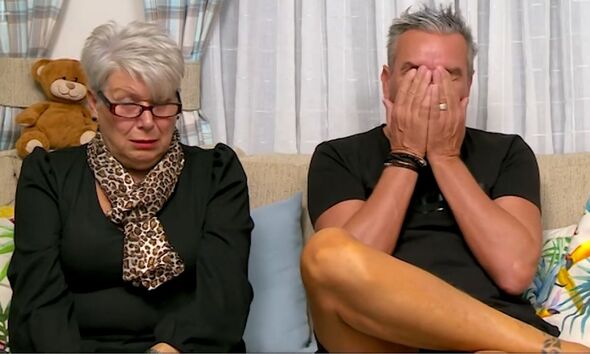 There wasn’t a dry eye in the room as Lee was also brought to tears by the Royal funeral.

After seeing the corgis, he buried his face in his hands and burst into tears.

As well as her dogs, the Queen’s Fell pony Emma was also in the midst, waiting to say goodbye.

Following the Queen’s death, many raised concerns about the dogs and questioned where they would be looked after.

A spokesperson for Prince Andrew revealed the corgis would be moved and change residences on the estate.

The dogs would move in with him and his ex-wife Sarah Ferguson at the Royal Lodge, although the couple divorced in 1996 they live together on the grounds.

While the Queen did own other breeds of dogs, her love for corgis became common knowledge especially after she started a Royal breeding line.

Throughout the years, the line produced hundreds of puppies and some would go on to make public appearances with the Queen.

One of which was alongside the Monarch during her sketch for the Opening Ceremonies of the 2012 London Olympics.

The Queen also had a lifelong passion for horses and was spotted riding throughout her life.

Four of the Monarch’s horses which were gifted to her during her reign also led her funeral processions.