Nikki Bella shared her most “special’ time of the day — in bed with fiancé Artem Chigvintsev — and gave fans a pregnancy update.

“So bedtime has just become my favorite, not just because — oh, the baby’s kicking! — not just because I’m super tired, but it’s the time where our baby is the most active,” the 36-year-old said in an Instagram Stories video on Saturday, June 6. 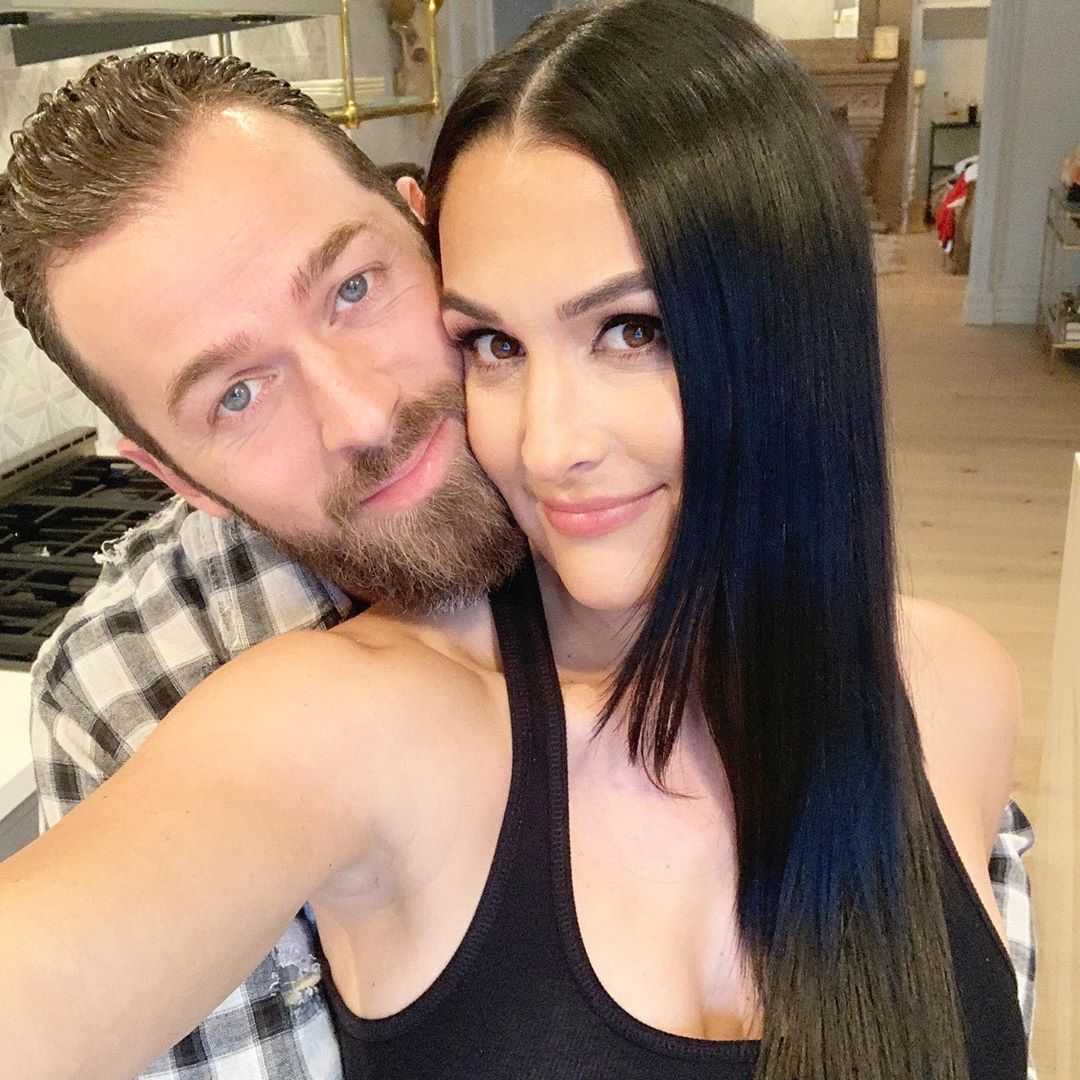 “The belly is definitely getting very, very big,” she added as she lay in bed wearing a sleeveless black top that was pulled up over her bump, with only a sheet covering her lower half. “But I always just love getting into bed and Artem reads. It’s just so special. I can just feel the outline already of our baby’s feet.”

Sitting next to her in bed, the former Dancing With the Stars pro said he was “just sad that I don’t feel the kicks,” explaining he meant “from the inside, not from the outside.”

The couple, who got engaged in November, announced in January that they are expecting their first child.

An insider told Us Weekly exclusively earlier this month that the pair are head over heels in love and that “Artem treats Nikki like a queen.”

“He’s such a great guy and madly in love with her,” the insider said of the 37-year-old professional dancer. “She’s his dream girl, and she is super sweet to him. Their friends love them as a couple. They both couldn’t be happier to be welcoming their baby soon.”

While the former WWE wrestler’s relationship dramas with her man are currently playing out on Total Bellas, a second source tells Us that the pair are “doing well.”

Nikki and her twin sister, Brie Bella, who is also pregnant, are due two weeks apart. The pair got candid about their sex lives during the May 20 episode of their “Total Bellas” podcast.

“I’ve been lucky enough to have some pregnancy sex,” Brie said about getting intimate with her husband, Daniel Bryan. (The couple also share daughter Birdie, 3.)

But Nikki complained that her fiancé can “get into it” until he feels her baby bump, which she called the “boner crusher.”