Lovebirds Carey Hart and Pink just had the coolest family outing: a music festival! The family of four was truly living it up, and the pics only prove that fact!

On Oct 3, Hart uploaded a bunch of darling family photos with the caption, “Pretty epic couple days @theohanafest w/ the family. Seeing Willz sing on stage w/ her mama gets me choked up every time! Partied Jamo to the point of passing out 🤣. Was pretty epic to see @officialjackwhite and @eddievedder play, and see @pink blow the roof off!!!! @foxmoto.”

In the photos, we see the family of four having the time of their lives at the Ohana Fest in Doheny State Beach. In the first photo, we see them all in their edgy attire, smiling for the camera, followed by one of Willow walking on stage to perform with her mama. Next, we get one of Hart and Willow looking like edgy rockstars together backstage, then a super heartwarming shot of Jameson asleep in Hart’s arms.

But it doesn’t stop there! We also get shots of Pink and their two kids chilling at the concert, another of Willow and Jameson at the beach, a super cute silly pic of the father-son duo, and finally, a darling pic of Willow on a park bench.

Safe to say that this trip was a success for them, and these photos need to be framed ASAP! And also, when did Willow and Jameson grow up so quickly?! It seems like yesterday the two were little blonde babies with chubby faces.

Pink and Hart have been together since the early 2000s, marrying in 2006 and welcoming two children named Willow, 11, and Jameson, 5. 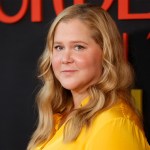 “I am completely changed since being a mom,” Pink previously told Today. “I’m much more open, I’m much more accepting of myself, I’m much more thoughtful. I think about the world more, and what we’re leaving for these kids, and the direction we’re headed in. And so I guess it changes your music.”

Before you go, click here to see more celebrities with huge families.