Mothers-in-law: they can be the greatest asset to a new mom with an infant … or they can be an absolute nightmare on top of what is already a stressful time. Unfortunately for one Redditor who just gave birth, the latter was the case after her mother-in-law threw a fit for *gasp!* not being the first person to hold the baby. But wait, there’s a kicker.

“When I (F26) met my husband’s (M34) mom, I hoped for a healthy mother figure type relationship. She’s okayish; but she can be a little controlling given that my husband is her only child; she tends to act super protective of him,” she explained.

“When I got pregnant, MIL made a request to be the first person to hold my son after he’s born. She wanted to be in the delivery room with me but I refused to let her, my husband said he’d keep her out of the room under the condition that she be the [first] person to hold the baby. I didn’t agree but didn’t disagree as well. Just stayed silent.”

There’s a lot to unpack here. The mother-in-law’s request feels pretty intense, maybe even impossible; for the most part, doctors are the first person to touch a newborn, given that they’re the ones delivering them and all. And the wife and husband’s communication feels strained at best, given that the OP did not flat-out give her husband an answer to the request.

“The baby was born days ago. All my husband was worried about was having his mom be the first to meet the baby, but she was out of town attending a friend’s daughter’s wedding. He said she wouldn’t be back til two days later. Mom and sister already came to help and they held my son as they were helping me after my husband went back to work. I had no [one] to help and they were my go-to.”

Um, naturally! After you have a baby, you need a lot of help, and if the person who wanted the guarantee of holding the newborn baby isn’t even present, that’s on them. Of course, that is not how this mother-in-law, or the OP’s husband, saw it all. 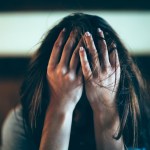 “They both went off and started throwing a fit saying that I betrayed her, and that I made a promised then broke it. My husband tried to get her to calm down after she came home lashing out, but she scolded us both then walked out. He blew up at me saying I screwed up and violated the agreement we had. I said that mom and sister were HELPING me out, and held the baby so what? he got more pissed and claimed I had no respect for his mom and her wishes and told me that I hurt her feelings and ruined her grandbaby’s birth memory. I couldn’t keep arguing,” OP continued.

“He called me unbelievably selfish and demanded I fix my mistake but I wasn’t sure what he meant by that. Like redo the baby’s birth and have his mom be the first to hold him? He didn’t like my sarcasm and said that what I did was sneaky and cold hearted. He said he should’ve let his mom in the delivery room otherwise none of this would’ve happened.” Apparently OP’s MIL and husband are still “salty about it and sulking hard,” and Redditors are just as bewildered as the OP as to what her hubby and MIL expected.

“Wouldn’t the first person to hold the baby always be YOU, THE MOM?! Your MIL and your husband are both a–h—s,” reads one comment with nearly 16,000 upvotes. Others were just flabbergasted as to what the heck the husband expected to happen when his mother was out of town and his wife, who just had a baby, needed extra help. “[What] was mom supposed to do? Leave the newborn on the bed for two days until MIL came back?” one Redditor reasonably pointed out.

“[H]ow was the child supposed to be conveyed from one place to another? By tongs and a series of pneumatic tubes?” marveled another commenter. “If the first holding was so important to her she shouldn’t have gone to the friend’s daughter’s wedding.”

The comments all echoed the same sentiment, and some even suggested that the OP show this thread to her husband the total absurdity of his — and his mother’s — reaction. But the real red flag was the husband’s quickness in siding with his mom and not with his wife who just gave birth to his child. OP doesn’t have a mother-in-law problem — she has a husband problem.

“Dude is so far up his mum’s vagina that she could literally give birth to him again and have her own special birthing moment to herself,” one commenter hilariously chimed in. “It’s truly incredible that the husband’s umbilical cord was able to stretch far enough that his mother could go out of town,” said another.

Despite the snark, commenters were rightfully concerned. “The most disturbing part of this story is that the husband is clearly delusional about his mother’s place in their lives. If he thinks MIL’s demands or her being upset is remotely reasonable, OP is in for a very rough time with him. He needs to start putting his wife before his bonkers mother.”

“[C]onsider this: you just had a baby. After 9 grueling months of pregnancy. Right now is the time for you to be comfortable and supported so you can be stress free. (Babies absorb stress very easily, especially if you’re breastfeeding.) And instead of being comforted and having home life be made comfortable for you, your husband is arguing with you. Stressing you out. Making unreasonable demands. Putting his mother’s feelings over yours. Just think about that for a minute.”

There’s a one-sentence comment that possibly sums it up better than any other: “So sorry about the infant. But congrats on the new baby!”