The Royal Swedish Academy of Sciences has awarded Alain Aspect, John F. Clauser and Anton Zeilinger the 2022 Nobel Prize in Physics for their work in quantum mechanics. The honour was bestowed in recognition of their “experiments with entangled photons, establishing the violation of Bell inequalities and pioneering quantum information science.” The trio has been awarded a prize fund of 10 million Swedish kronor (£804,000), which will be shared between them. They were previously awarded the Israeli non-profit Wolf Foundation’s Prize in Physics back in 2010, also for their works on entangled states.

What is quantum entanglement?

Entanglement is a strange phenomenon predicted by quantum mechanics, the science of how matter and light behave on the atomic and subatomic scale.

In fact, entanglement is one of the key differences between quantum mechanics and classical mechanics, which better describes the motion of objects on a larger scale.

According to quantum mechanics, it is possible for a particle to exist in two mutually exclusive conditions at the same time — having, for example, a polarisation that is both horizontal and vertical — at least until such is measured, or “observation”.

At this point, the “superposition” of the different states collapses and the particle is found to be in either one state or the other. Before the measurement, all the possible outcomes can be described as a probability distribution known as a “quantum state”. 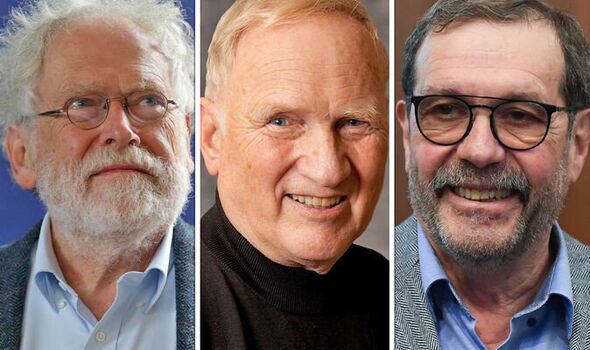 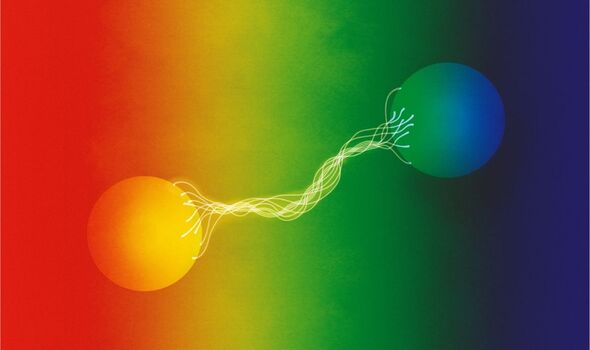 When two particles become entangled, they behave not individually but as if they were part of a larger whole, even when separated by vast distances, such that it is impossible to describe the quantum state of one particle independently of the other.

This means that measurements of physical properties of entangled particles — such as their polarisation or spin — can be correlated.

In a simple example, if one has a pair of entangled particles with a total spin of zero, if one particle is found to have a clockwise spin on a given axis, then the spin of the other particle on the same axis will be anticlockwise.

The really confusing part lies in the fact that the collapsed state of the first particle is only set when the measurement is taken — but it will still correlate instantly with measurements of the other particle in the entanglement. 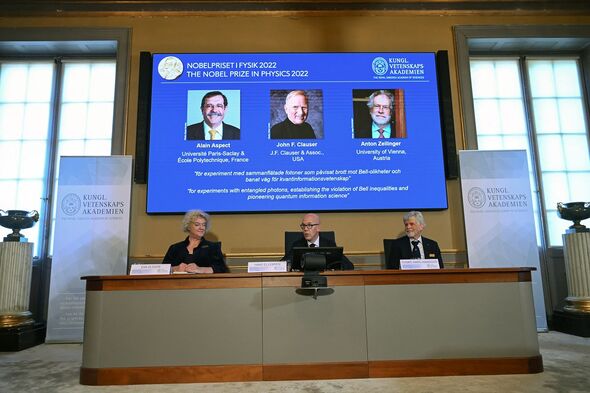 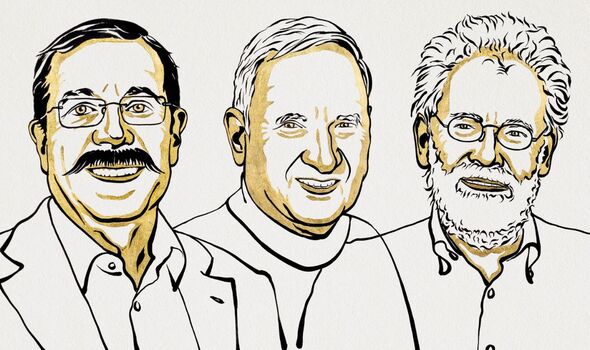 Despite being partly responsible for the theory of quantum entanglement, Professor Albert Einstein was not keen on the idea — dismissing it as “spooky action at a distance” — as it appeared that it could facilitate the transfer of information faster than the speed of light.

Instead, Prof. Einstein proposed that both particles must have so-called “hidden variables” which accounted for their correlation without needing to break the universe’s speed limit.

In the 1960s, the Northern Irish physicist Dr John Stewart Bell argued that quantum mechanics would allow for stronger statistical correlations between certain measurements of entangled, distant particles than possible under “local” theories, like the use of hidden variables.

If quantum mechanics is a viable explanation for how the universe works, then the results of certain experiments should violate the mathematical constraint predicted on the maximum correlation possible using hidden variables — the so-called “Bell inequality”. 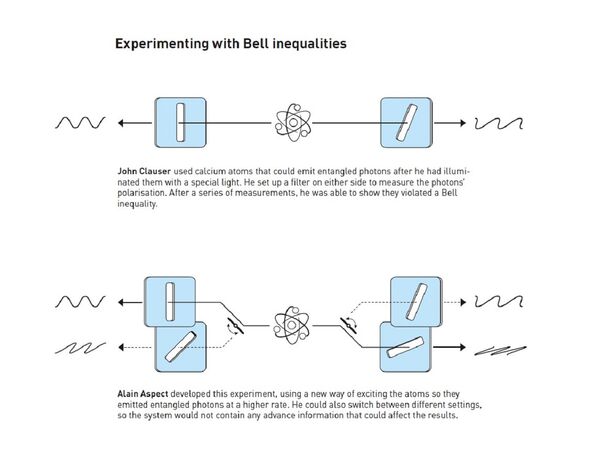 What did Prof. Aspect, Dr Clauser and Prof. Zeilinger do?

Dr Clauser, who is based in California, developed Dr Bell’s ideas into a practical experiment that tested the viability of quantum mechanics vs hidden variables.

The test involved calcium ions that emitted entangled photos when illuminated with a special light. The polarisation of photons sent off in different directions was measured using a filter.

His measurements showed a clear violation of a Bell inequality, supporting quantum theory and showing that it cannot be replaced by one that employs hidden variables.

There remained, however, some loopholes in the experimental approach used by Dr Clauser.

The method was refined by Prof. Aspect of France’s Université Paris-Saclay and École Polytechnique, such that entangled photons were emitted both at a higher rate, but also in a way that the system could be switched between various settings.

In this way, the system could not be argued to contain any advanced information that might affect the outcomes.

Finally, the third prize winner — Prof. Zeilinger of the University of Vienna — showed how entangled quantum states might be used across systems with more than two particles, and for practical applications.

For example, his research group has shown how quantum states can be moved from one particle to another far away in a process known as “quantum teleportation”.

Such quantum tricks have the potential to be harnessed to produce uncrackable encryption schemes — with entangled particles used to produce the “key” to deciphering encrypted data in a way that cannot be measured by a third party without alerting the sender.

Nobel Committee for Physics Chair Anders Irbäck: “It has become increasingly clear that a new kind of quantum technology is emerging.

“We can see that the laureates’ work with entangled states is of great importance, even beyond the fundamental questions about the interpretation of quantum mechanics.”

American Physical Society president Frances Hellman added: “This prize reflects the importance of the awardees’ experiments to our fundamental understanding of quantum mechanics as well as to emerging technologies such as quantum computers and quantum communication.

“The work is a great example of the best of physics — exploring the truth and beauty of the universe while also laying the foundation for technologies that improve life on Earth.”