Even Jennifer Aniston is beat after an intense workout! The actress shared a hilarious photo of herself passed out post-boxing after joining Instagram.

In the photo, the Friends alum, 50, sprawls out as Azubuike holds her up. She still has on her boxing gloves as she pretends to be out of it. Aniston reposted the pic on her Instagram Story without comment.

“The thing with Jen is that she works out very hard and very intense, so the workout is ever changing,” Azubuike told Us Weekly exclusively in August 2018. “It is always evolving because I have to continue to challenge her.”

The Morning Show star joined the platform earlier on Tuesday. Her first post was a selfie with her Friends costars, Courteney Cox, Lisa Kudrow, David Schwimmer, Matt LeBlanc and Matthew Perry, who all beamed in the photo. “And now we’re Instagram FRIENDS too,” Aniston wrote. “HI INSTAGRAM.”

The Emmy winner’s estranged husband, Justin Theroux, was among those who commented on the reunion photo. “Woot-Woot!” the actor, 48, replied, adding a praise-hands emoji and a red heart emoji. “#first.” The pair announced their separation in February 2018 after two years of marriage. 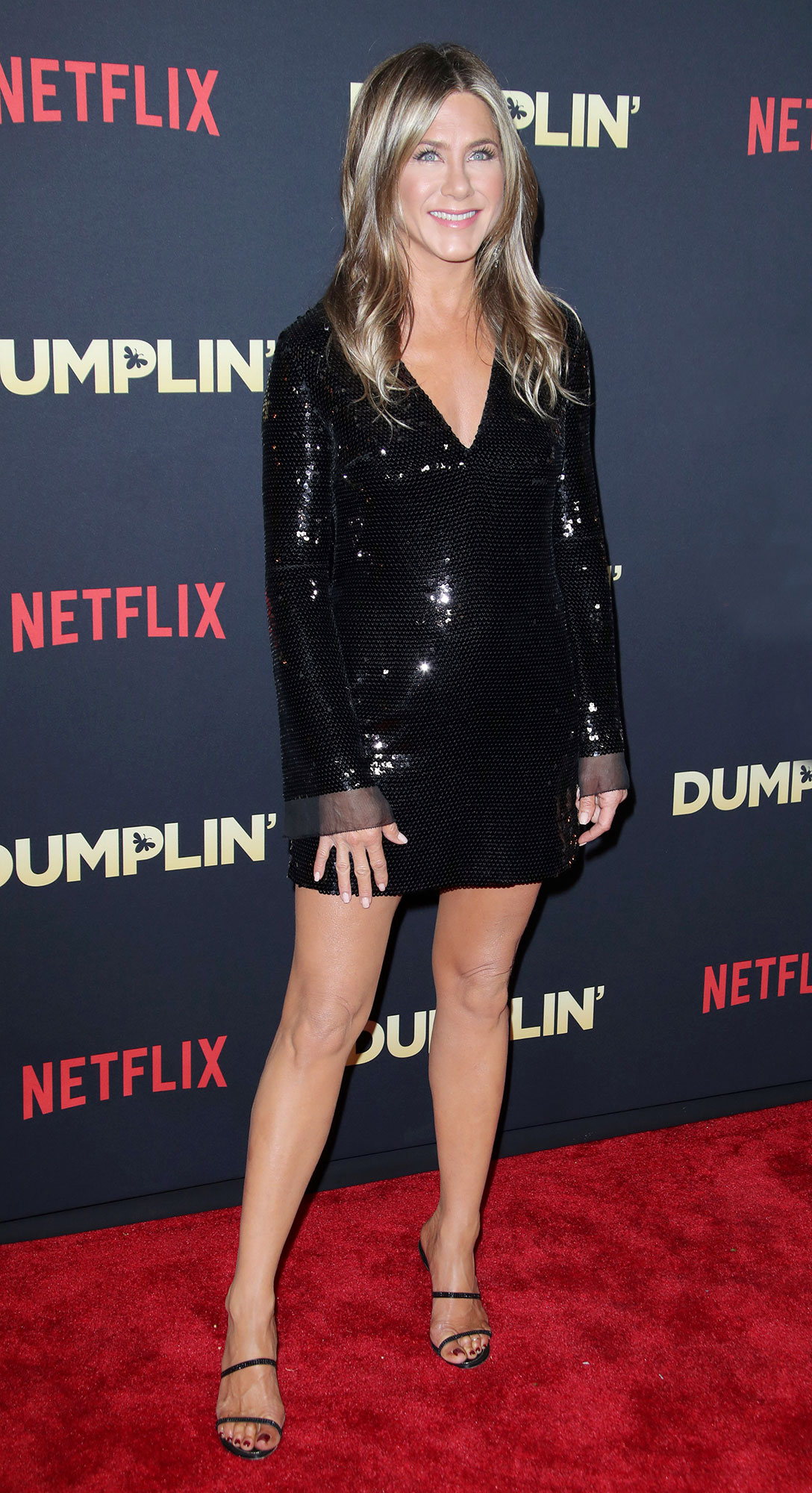 Aniston broke an Instagram record, accruing 1 million followers in just five hours and 16 minutes. According to Guinness World Records, the Dumplin’ star dethroned Prince Harry and Duchess Meghan, who previously earned the title in April for the fastest time to reach 1 million followers.

The Murder Mystery actress spoke out about the pressure to join the platform days before taking the plunge. “What you resist, persists,” she told Entertainment Tonight on Sunday, October 13. “It’s something that is a part of our world now and it’s not going away. … You can actually have a little bit more control over the narrative that’s out there. [You can] right some wrongs and some silly things that, God knows, are said often.”

Aniston revealed on The Howard Stern Show earlier this month that the Friends cast reunited on October 5 for dinner at Cox’s house. “The whole gang. Everyone was there,” she said. “Schwimmer was in town and we all happened to have a window of time, so we all got together.”

Friends aired on NBC from 1994 to 2004. The sitcom celebrated its 25th anniversary in September.