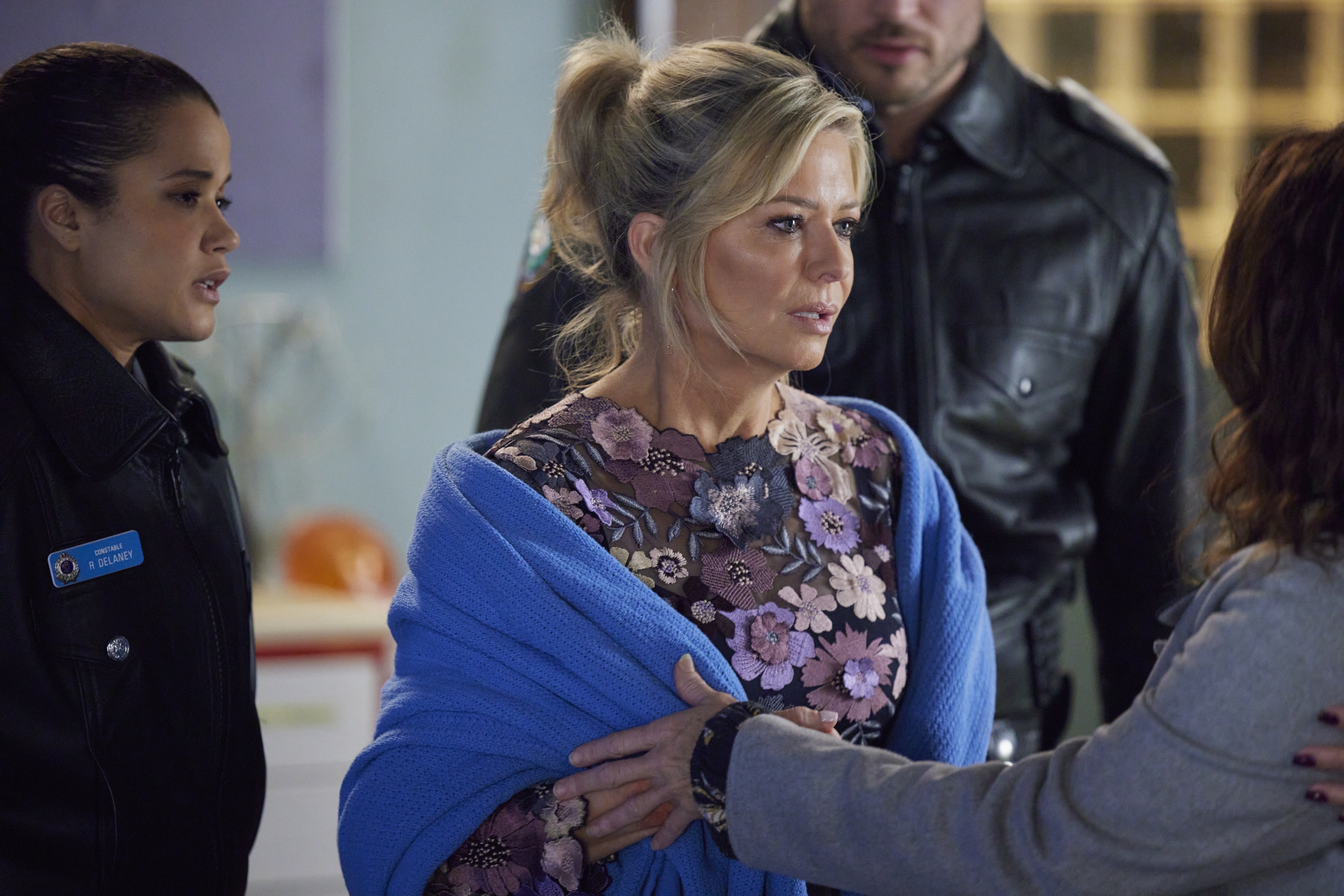 Justin (James Stewart) has been frantic ever since realising Leah (Ada Nicodemou) and her friends are in danger at the brunch they went to in the countryside. With the cops involved, it soon becomes clear Heather is involved – especially after they go to her home address and find a dead body in the freezer.

When Justin gets the news that Leah has been taken to hospital after being drugged and held hostage, he rushes there to be with his partner. The update leaves the Bay in shock – John (Shane Withington) cannot fathom why Heather would target Leah and her friends, while Nikau (Kawakawa Fox-Reo) is incredulous that the woman he’s been seeing would be capable of such acts.

The truth comes out that Heather (Sofia Nolan) is Marilyn’s (Emily Symons) daughter, and John is shocked, heartbroken and worried. Meanwhile, Roo (Georgie Parker) is clinging to Alf (Ray Meagher) as he’s brought into hospital, barely able to breathe through his oxygen mask. Irene (Lynne McGranger) also arrives and the friends stick together after their ordeal – but they wonder where Marilyn is and if she’s okay?

Their concerns are answered when Heather is wheeled into hospital, unconscious, while a shell-shocked Marilyn stumbles in behind the paramedics. Her friends pull her into a supportive hug and she breaks down in ragged sobs.

Marilyn makes a decision as she sits at Heather’s bedside, realising that her daughter has been responsible for so much pain. Fearing that her friends now see her differently after Heather forced out her shameful truth, Marilyn writes a goodbye note to Alf and leaves the Bay for good…