For many, the first day of January is the start of Dry January, a 31-day booze-free challenge to encourage you to get healthier.

Janey Lee Grace, bestselling author of Happy Healthy Sober is a fan of not just going sober for January – but for life. She says, not only will it make you healthier (70% of people sleep better, 61% of people improve their health habits), and richer (86% save money), it will also make you happier.

‘The incredibly surprising thing about sobriety is that it helps you to come back to who you really are and brings you joy,’ she says.

Janey Lee Grace is known to over 9 million listeners via BBC Radio 2, she is author of 5 books on holistic living and runs the popular natural products recommendations site Imperfectly Natural. When Janey gave a TEDx talk ‘Sobriety Rocks – Who Knew!’ she was overwhelmed by the response and founded The Sober Club offering inspiration and support for people wanting to focus on living their best life – without the booze. Janey’s alcohol-free life podcast has more than 2 million downloads to date.

Here we talk to Janey about why ditching the booze will make you happy.

What’s the connection between happiness and sobriety?

Initially, I would never have thought there was any connection. Our perception is that sober people are boring and miserable. When I decided to stop drinking alcohol, I thought life would be awful. But that’s the opposite of what happens. Being sober makes you happy. In the early days, I remember waking up and thinking: ‘What is this feeling? I don’t recognise it.’ Then I realised it was a contentment that I had not felt since I was a kid.

Our perception is that sober people are boring and miserable. But that’s the opposite of what happens.

How do you know if you have a problem with alcohol?

I would ask a different question.  Ask yourself: ‘Could my life be better? Do I believe that my life could be better physically and emotionally without alcohol?’ Some will say: ‘No, I only have a sherry, every Christmas. I’m good.’

But for a huge number of people, a little voice will say: ‘Yes, actually, the alcohol is not helping me. It’s a depressant and it makes me feel ill, physically.’

How do you know if you’re an alcoholic?

We have such a misconception around this word. We’ve been brainwashed into thinking that there are two types of drinkers. There are those who are ‘alcoholics’ at rock bottom, needing rehabilitation who are clinically dependent and can’t really function without alcohol. And then we think there’s a second group where everybody else are just happy social drinkers and we’re all fine. That’s just not true.

There’s a huge spectrum of what is now known as ‘grey area drinkers’, where we are drinking more than we should be and more than we want to, and it’s become a habit. When I was drinking every day and drinking too much, I was still fully functioning. Nobody else would know I had a problem. I was still going to work, I never had a DUI, I didn’t even have hangovers, such was my tolerance. But I knew I was waking up at 3am saying, ‘What are you doing? This is just not who you are. This is not okay.’ I knew there was something wrong, but would I identify as an alcoholic and go to AA? Absolutely not.

There’s a huge spectrum of what is now known as ‘grey area drinkers’, where we are drinking more than we should be and more than we want to

How do you know if you’re drinking too much?

The reality is studies show that any amount of alcohol is detrimental. There are zero benefits. Most of us know what a hangover feels like. We can feel depressed and anxious and ashamed, not to mention the fact that we feel physically sick. We’ve got a headache and we’re dehydrated, and on and on and on. Then we go and do it all again the next night.

That’s what’s so weird about alcohol. If anyone is allergic or intolerant to a food – like shellfish, you eat it once, you’re horribly ill and then you never touch it again. So why do we continue to drink? Because we have this perception that we that we can’t have fun or can’t exist without booze.

Can anyone give up alcohol?

You’re not actually going to be giving anything up. In The Sober Club, I never let people use the phrase, ‘giving up alcohol.’

You have to say, ditch the booze or quit, because your unconscious mind will think you’re going to be deprived of something, and there is nothing to lose.

If you want to explore the idea of quitting alcohol, where do you start?

Start with the curiosity. We’ve all done that thing of waking up with a hangover and saying: ‘Right, that’s it, I’m never drinking again.’ And then by six o’clock, the wine witch pops in and says: ‘Oh, don’t be ridiculous, just have one.’ So instead set aside time and ask yourself: ‘What could my life look like if I was free from this trap?’ See if you can visualise a tiny part of how it might feel.

We hope that we’ll have a bit more energy, our skin will look a bit clearer, we’ll wake up with a clearer head, be able to be fully present for our families, it might help regulate our weight a little bit. Start your journey by considering the benefits of not drinking.

Ask yourself: ‘What could my life look like if I was free from this trap?’

At the very minimum, commit to dry January, but much better if you can commit to 90 days, because then you’ll really start to see some changes.

What kind of changes?

It’s different for everyone but I got to three months before I realised I was no longer anxious. I started feeling a sense of contentment too, but that didn’t happen to me until three months. But most people will drop some weight, have clear skin, better sleep, even shinier hair. Sober hair, who knew?

How can we support ourselves as we decide to go sober?

Get a journal and document what’s happening for you. I’ve had clients, who after a couple of weeks, realise that they are more patient with their kids, or they are suddenly bouncing out of bed at 6am and hitting the gym without feeling grumpy. After 10 weeks, some say they get their purpose back. It’s different for everyone but it’s motivational to keep an account of what’s working. Also get a glass jar and save money and watch it mount up.

After 10 weeks, some say they get their purpose back.

Many people drink alcohol to give them confidence – what’s your advice?

Let’s be clear about this – alcohol doesn’t give you confidence, it just numbs you so you don’t care as much. It’s a depressant. But that’s not to say your first social occasions without alcohol are not tough. You can feel like a completely different person. And often you haven’t quite stepped into your new sober identity yet so you can feel very raw and exposed.

I remember the first time I sent to a party sober, I felt very awkward. I didn’t say the stuff I would normally say, didn’t feel as though I was contributing to the conversation, and was terrified someone was going to ask me why I wasn’t drinking. 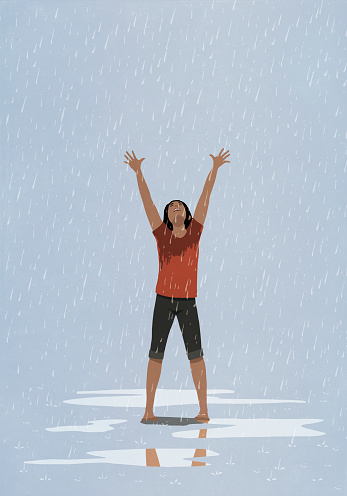 What do you recommend to support yourself when you first go alcohol free?

I now recommend in the early weeks that if you don’t feel like going out, don’t go out. Embrace the ‘power of no’ as an act of self-care. However, if you want to get straight out there, let people know in advance that you’re not drinking. January is easy. Just tell people you’re doing dry January. Plan ahead – know exactly what you’re going to drink, book your taxi home or have your car outside. You will probably want to go earlier than you used to go because drunk people can be really boring.

Embrace the ‘power of no’ as an act of self-care.

How do you support yourself to be sober at home?

Focus on little joys, keep a diary, and focus on gratitude. By focusing on gratitude, it helps you build up what I call ‘bright spots’. If you have an evening planned at home, put on your favourite movie or have a delicious meal, and have a glass of kombucha in a nice glass. Then go to bed at a good time. Notice you’ve been able to take your makeup off or have a proper shower (which never happens when you’re drinking) and notice you’re able to able step into lovely fresh clean bed linen.

Make a note of those little things because that starts to populate your unconscious mind with new memories and experiences that shows that being alcohol free makes you feel great. It also helps to find a sober tribe.

When I first ditched the booze, I did a TEDx talk called ‘Sobriety Rocks.’ I got so much positive feedback, I started my own community called The Sober Club, a community of people who just wanted to live their best lives without booze. We find that we become amazing cheerleaders for each other.

I absolutely believe that we can be free from the alcohol trap. I’ve seen so many people do it and their lives are completely changed for the better. When you ditch the booze, you get braver. I’ve seen people start creative writing degrees and someone in the Sober Club saved so much money from not drinking, they bought a campervan. When you’re sober you can choose to live life to the full.

How to have fun without booze:

Visualise: Before you go to a party, visualise having a nice time at a party.

Ritualise: Create a ritual around non-alcoholic drinks. Find a drink that you love, put it in a glass you love and start building up good associations. Just because we’re not drinking alcohol doesn’t mean we want warm orange juice or Coca Cola.

Celebrate: Living life without alcohol is not only logically good for you, it will change you in the most incredible ways that you could never have dreamt off. It will upscale everything, literally everything. So if you care about health and wellbeing, that will be the most incredible gift you’ve ever give yourself.