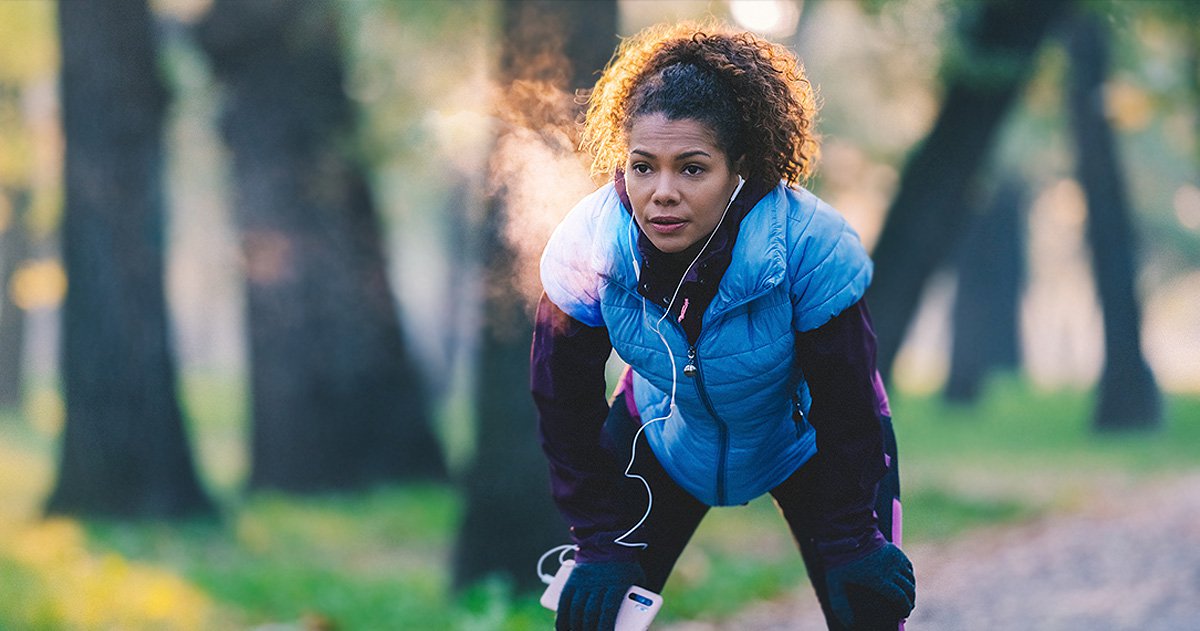 One in three women are currently on a prolonged break from exercising, according to new research by Strava and This Girl Can.

Taking a break from your workout routine is normal, with 86% of women admitting to having done so at least once since they started exercising.

However, with nearly two in five young people taking a break due to poor mental health and more than 30% of 25-44 year-olds ditching exercise due to a lack of motivation, it’s clear that mental blocks are a big factor in letting exercise fall by the wayside.

According to the research, most people (69%) are eager to get back into their fitness routine, and some reasons, but similar mental blocks are stopping nine out of 10 women from making it happen, with a lack of confidence or body image (68%), lack of focus (39%), fear of judgement from others (19%) and ‘lack of support or community (9%) being the most common.

Why do we get mental blocks with exercise?

According to personal trainer and founder of It’s So Simple, Rachael Sacerdoti, mental blocks usually stem from feeling overwhelmed.

‘Stress, pressure, burnout, and fear can all exaggerate this feeling,’ she tells Metro.co.uk.

‘It can be a fear of failure, fear of judgement (by yourself and others), but also a fear of success and trying something new.’

She says that many of us already have barriers up before we even start: ‘We tell ourselves that we’re going to fail anyway, so what’s the point in trying?’ she says.

‘It’s a harmful circle that can really spiral out of control if we do not understand where it comes from.’

For Rachael, setting unrealistic goals is a major factor, as this can provoke anxiety and lead to you feeling ‘beaten down.’

‘Past behaviour, especially if you have had an unfavourable experience with regards to exercising, will also exacerbate the issue,’ she adds.

‘Equally, if your choice of exercise is something you find dull or boring, or way above your ability. you will disengage before you have even started.’

How to get past mental blocks and get back to exercise

Go easy on yourself

Beating yourself up when you can’t muster the energy to get back to exercise isn’t likely to leave you feeling motivated.

‘Stopping and starting is a normal way of life, so go easy on yourself,’ says Rachael.

‘I personally found that forgiving myself for how I was feeling when I wasn’t on top form, and not beating myself up when I couldn’t keep up with a new challenge I had set myself, became a lifesaver and actually allowed me to start the next day afresh.

‘Whatever mental state you might find yourself in, it is extremely important that you find the time to rest, too.

‘Not giving yourself enough time to relax, unwind, and sleep will exacerbate your condition and the downward spiral will continue.’

Having an all-or-nothing mindset, especially in regard to exercise, can be extremely stifling.

‘Something is always better than nothing, so get out of your head and remind yourself that even the smallest step in the right direction is good enough,’ says Rachael.

‘Do this daily and not only will you relieve the pressure and fear of failure, you will start to see positive results that will encourage you to continue, and that negative voice will soon diminish.’

Do something you enjoy

As Rachael mentioned, if working out feels like a chore, you’re going to find it impossible to get back into it.

‘When have you ever not wanted to do something that you enjoy?’ says Rachael.

‘Work out which exercises keep you motivated and feeling alive.

‘Once you feel the rise of endorphins from a fun and consistent workout, you won’t think twice about doing it again.’

Put simply, if you don’t like running, don’t force yourself to run.

There are thousands of variations of exercising, from pole dance to indoor bouldering or even a team sport.

Finally, says Rachael, ‘don’t be afraid to tweak your routine to provide better care for yourself.’

Sometimes we’ll have enough time to work out for five or more days a week, most of the time we won’t.

‘If you can’t stick to your current routine, let something give,’ says Racheal.

Skipping a day or even a week won’t reverse your progress, and life is all about finding a balance and creating healthy, long-term habits.

Don’t go at it alone

Finally, if you enjoy working out with others, there’s no need to tackle the challenge of getting back into exercising alone.

‘If being in company makes you feel better, ask a friend to join you on your exercise journey,’ suggests Rachael.

‘It’s amazing what good company can do for your morale and your mood.

‘Having someone close to hold you accountable and vice versa is an excellent way to spur each other on.’

Alternatively, join a new group exercise class or even try a team sport, that way you’ll have people to look out for you and pick you up when your motivation is dwindling.